Yaniv has appeared several times before the Tribunal in a princess dress and tiara, seemingly a preferred look.
Tuesday, July 23, 2019 | Written by Angelos Sofocleous | 0 Comments

Fourteen women in Canada are being sued because they refused to wax a male’s genitalia. The precedence this will set if they lose the case is worrying.

In 2018, Jessica Yaniv (formerly Jonathan Yaniv), a male individual who identifies as a woman, filed complaints with the British Columbia Human Rights Tribunal against fourteen workers who offered waxing and beautification services at various beauty salons and from home due to them refusing to provide waxing services to Yaniv’s male genitals.

The reasoning behind the workers’ refusal to provide their services to Yaniv is that their services were restricted to female clients and since Yaniv is biologically male they did not accept Yaniv as a client. Moreover, none of the workers had any training in waxing male genitals and thus they could legitimately refuse to provide their services on something they were not trained on doing. Receiving proper training before engaging with male genitals is crucial as, as AB, an expert witness who has 29 years of experience in waxing at a male-only salon, says “The ideal wax used for male genitals is different because the skin is very thin, and waxing can cause injury if not done properly.”  It is also the case, as some of the workers have reported, that it is usual for men to have an erection while being waxed around their genitalia.

Yaniv, not acknowledging the fact that they are a biologically male individual who can be legitimately denied services only offered to females, as it was the case with the aforementioned salons, and despite the fact that the salon workers did not have any training in dealing with male genitals, takes to court these workers, many of whom are immigrants, women of colour, or single mothers. For refusing to touch his genitals.

It is worth noting that Yaniv has, in the past, referred to immigrants in a derogatory manner. More specifically, Yaniv said:

“We have a lot of immigrants here who gawk, judge and aren’t the cleanest of people, they’re also verbally and physically abusive, that’s one reason I joined a girl’s gym, cause I DON’T want issues with these people … They lie about shit, they’ll do anything to support their own kind and make things miserable for everyone else.”

In addition to racist comments, Yaniv has, in a Messenger conversation, asked disturbing questions about the private parts of young girls:

No matter how Yaniv may identify, no one should be forced to touch a penis or risk losing their job, as it happened to two of those workers Yaniv sued, one of whom is a Brazilian single mother operating her waxing business at home, where her young children also live.

At a recent interview, Yaniv explicitly said that those workers did not have the right to say “no” to waxing Yaniv’s male genitalia.

The freelance journalist and editor-in-chief of Feminist Current, Meghan Murphy, who was permanently banned from Twitter for ‘misgendering’ Yaniv, puts it beautifully: “Suddenly, women’s right to say “no,” to have boundaries, to protect themselves and their spaces, to understand that a penis belongs to a male, not a female, cannot be defended.”

Rox Murphy, a journalist at National Post, argues that this should not be treated as a human rights case – and he’s right; it’s not. None of Yaniv’s human rights are violated and Yaniv is not discriminated against. The rule is simple: Waxing services are only offered to females. One’s gender identity or expression, which is a protected characteristic under Canadian law, cannot override anyone’s right to not touch another’s genitals.

If it sounds incredible to readers that ridiculing Yaniv’s claim should be considered transphobic, and that it’s an attempt to cherry pick or tar the movement, comedian Ricky Gervais has in fact already been called a transphobe for doing just that.

A campaign has been set up by feminist activists Hannah Juniper and Holly Huton to aid the female workers with their trial costs:

The precedence this will set if Yaniv wins the case is a worrying message to women: Touch a penis or get fired. 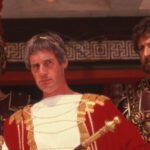 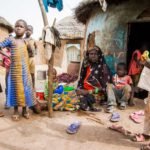