A writer from Turkey commemorates the countless lives lost in what was the country’s deadliest spate of terror attacks.

This is not an attempt at political analysis. My purpose here is not to fuel any resentful or vengeful sentiments. The sole reason I’m writing is to remind myself   because I too am guilty of forgetting, and to remind others, what happened in the very recent past in my country.

It is important to commemorate and honour those lives lost in tragic — or shall I say evil– events. Those people had families who may still be mourning and will probably always live with the consequences of such losses. I think showing solidarity in any way, even in the simple act of remembrance, is better than nothing. I do not expect of myself or anyone else to cling to the negative and live in the past.

Many violent events took place in Turkey in recent years, what we would call terrorist attacks. I won’t try to explain the motivations behind each of these attacks. You can find information of that nature elsewhere. What I will do here is simply report what occurred, once again, after two or three years, so we can all remember and pay some tribute. This reporting of events most certainly will not do justice to the deceased, since I won’t be able to list all the names, as much as this would be the proper way to commemorate each one of them.

Only by remembering can we maybe also understand.

This past 10th of October marked the third anniversary of the 2015 terrorist attack in Ankara. 103 people were killed by two explosions, only seconds apart from each other. This attack was a particularly hard blow: The victims had gathered for a peace rally, and they faced the deadliest attack in the country’s history. The symbolic and physical defeat was heavy:103 lost lives, hundreds of injured bodies, millions of wounded souls by loss of loved ones and hope.

Unfortunately this was neither the first nor the last. Only two months earlier that year another explosion by a suicide bomber killed 34 people and injured more than a hundred in Suruç, Şanlıurfa. This time it had hit a group of 300 young people coming from other Turkish cities with the idea of rebuilding the neighbouring city of Kobane in Syria.

A few weeks before that (two days before the general elections), an HDP (Democratic Party of the People) rally in the city of Diyarbakır was bombed, killing five and injuring 400.

Then in August, one police officer was killed and 10 people were injured in Sultanbeyli, Istanbul.

After the big Ankara explosions, Istanbul’s Sabiha Gökçen Airport was hit on December the 23rd. One person , a cleaning worker, was killed and one other was injured.

The year of 2016 opened with a new explosion in the first week of January: A suicide bomber killed 12 people in the Sultanahmet Square, Istanbul and injured 16 more.

Also in January, another attack caused six deaths and 39 injuries in Diyarbakır.

Next, Ankara was the target of a terrorist attack once more. A bomb went off in the centre of the capital killing 28 and injuring 61.

A third blast hit central Ankara when a vehicle equipped with explosives in Kızılay went off in March. This time 34 people died and 125 people were injured.

A week later, it was Istanbul’s turn again. A suicide bomber killed 5 people and injured 37 in the most visited Istiklal Avenue of Taksim.

On the 10th of May a police bus was targeted in Diyarbakır, killing 3 and injuring 43.

Two days after that, a bomb hit military quarters in Sancaktepe, Istanbul. The bomb caused eight injuries, three of them civilian.

On June the 7th, 11 people were killed in Vezneciler, Istanbul.

The next day the police headquarters in Midyat, Mardin was bombed. This resulted in 6 deaths and 34 injuries.

On the 28th of June the Atatürk Airport in Istanbul was hit by a terrorist attack, this time killing 40 and causing injuries to more than 100 people.

A street wedding was targeted by a suicide bomber on the 20th of August in Gaziantep. 54 people died, 91 people suffered injuries.

The same year, in September, yet another bomb exploded near a police office in Yenibosna, Istanbul. The explosion injured 10 people.

In November, two people were killed and 33 injured in a bombing in Adana.

Towards the end of 2016, on the 10th of December, a double explosion hit Beşiktaş, Istanbul. 44 people died, 36 of them police officers, and 155 people were injured.

Hardly a week later, a bomb killed 14, all of them soldiers, and injured 56 in Kayseri.

The 19th of the same month, Andrey Karlovussian, the Russian ambassador, was murdered in an art exhibition in Ankara.

On the New Year’s Eve, a very popular night club in Istanbul, Reina, was attacked by terrorists, 39 people were killed and 71 were injured. And that is how Turkey welcomed 2017.

If the list became monotonous and you began scrolling down , this ought to give you an idea of the overwhelming feeling of loss felt by the Turkish society in those days. I didn’t even include all the attacks. Imagine the immediate and gradual effects of this constant violence over such a long time. Everyone who is related to Turkey one way or another was, and is affected: families and friends of the deceased and the injured, those of us who said “I was there five minutes ago”, “I was going to be there five minutes later”, those of us who got a phone call with the bad news in the middle of our day jobs, those of us who watched it on the TV, those of us who were far away in a luckier country wondering if going back for a visit to see our loved ones was a bad idea…

What could we do? Not much. We had to bear witness and find a way to handle the insecurity and the constant fear. But we are here after all, and thus we should remember those who are not.

As you can notice, there are too many dates, places and even names to remember. A simple social media post about the anniversary of the Ankara peace rally bombings reminded me of these events. So I took it as a call to commemorate. Perhaps this article could serve as an amplifier to that effect. 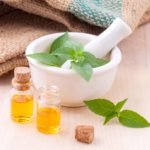 The Bad Medicine of Transgenderism – Repeating Errors of the Past

Islamophobia and the ‘Racism’ Factor