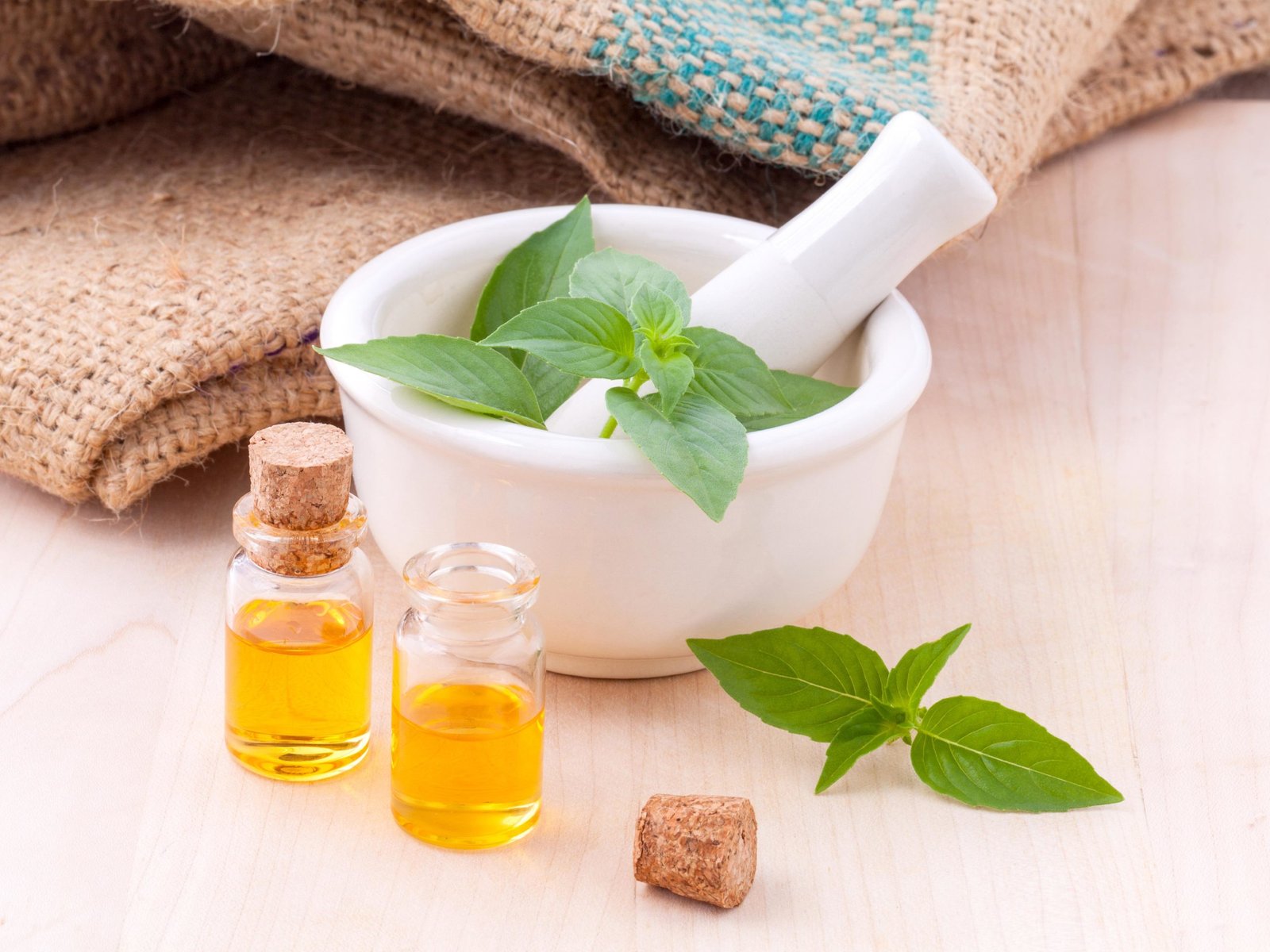 In 1536 a 22-year-old medical student stole a body from the gallows.  It was illegal, but his scientific curiosity prevailed.  Andreas Vesalius would go on to change understanding of anatomy with his seminal work, De Humani Corporis Fabrica (On the Fabric of the Human Body).  This was not what he set out to do, however.  His original aim had been to recreate the work of Claudius Galen (c.130 AD – c.210 AD), whose theories had dominated European medicine for 1500 years.  Inadvertently, he discovered that his hero’s work, had, in fact, been flawed.  Galen had never dissected a human body and had instead extrapolated from the animals he had dissected.  This false anatomy had remained unchallenged, mainly due to the hegemony of the Catholic Church which had adopted Galen’s theories without question and used them as the basis of medical training.

Vesalius was not the first to see that actual human bodies did not match Galen’s descriptions.  An inability to accept that the great man could be wrong had led some to go so far as to suggest that the body had somehow changed since antiquity. Vesalius had a far simpler suggestion – Galen had got it wrong.  Vesalius would physically show other doctors the proof that Galen had been incorrect, while they shook their heads and suggested that there may be invisible parts of the body that would prove Galen right.  Although Vesalius’ work did eventually become the accepted text on anatomy, the ability of well-educated men to cling to their beliefs even in the face of incontrovertible evidence to the contrary is an interesting phenomenon.

Galen’s work would again provide an example of this in the seventeenth century.  The English physician William Harvey was as concerned with physiology as Vesalius had been with anatomy.  He had dissected not only his wife’s dead parrot, but also completed post-mortems on his own father and sister.  Amongst many credited with refining scientific method, Harvey completed a series of experiments which proved the circulation of blood in the body, and disproved Galen’s theory that blood was created from liquified food in the liver and ‘used up’ by the body.  This theory underpinned the treatment of bloodletting, which remained ubiquitous.  Harvey’s experiments and their results were published in Exercitatio Anatomica de Motu Cordis et Sanguinis in Animalibus (An Anatomical Account of the Motion of the Heart and Blood in Animals).  Others could follow his methods and get the same results.  It was clearly not possible for there to be an excess of blood, consequently bloodletting as a treatment had no merit.  It continued to be used as a treatment until the nineteenth century, again showing that the need to cling to belief, despite evidence, was strong.  Harvey was the King’s physician, yet his theory met with strong disapproval.

The history of medicine provides numerous examples of conservatism in the face of incontrovertible evidence.  In addition to the Renaissance examples above, in the eighteenth century Edward Jenner’s vaccination against smallpox struggled to overcome a very real belief that injecting an animal disease might result in the patient taking on the characteristics of a cow.  In the end the government had to intervene and make vaccination compulsory and enforced, to ensure take-up of a preventative against a disease that killed and maimed many thousands each year.  In the nineteenth century Lister’s attempts to introduce antiseptic surgery had to overcome ridicule at the thought of tiny microbes causing disease, despite Pasteur’s Germ Theory having been published in the previous decade.

When I teach the History of Medicine to my GCSE students, their first reaction is to laugh at the people who refused to accept evidence.  How could doctors go on bloodletting when they knew that an excess of the humours was a discredited belief?  I try to explore with them how difficult it is to have your beliefs challenged, to have the world seemingly change direction without you.  Increasingly, though, I am finding that it is this generation who are struggling to accept evidence over belief.

I am sure that they see themselves as progressive.  They are, after all, on the ‘right side of History’, whatever that may mean.  They are the Harveys and Jenners of the twenty-first Century, sharing new ideas and pushing boundaries.  But they aren’t. They are actually the forces of conservatism, arguing against rationality and scientific evidence.

Transwomen are women. I’m sure you’ve seen this bold statement.  Some politicians believe it to be the beginning and end of the debate[1].  When asked for evidence to back up this assertion, most who make it can only respond with accusations of transphobia.  Some double down and argue that excluding transwomen from the category of women is akin to excluding black or disabled women.[2]  To me this is not just racist or ableist, but as illogical as continuing to insist on bleeding patients.

What, after all, is a woman?  Billboards giving the dictionary definition ‘adult human female’ have been removed as hate speech.[3]  The ability of 51 percent of the population to define themselves using scientific classification is being denied.  Denied in favour of a feeling, a performance of ‘femininity’ that is alien to many women. I don’t know what makes me a woman other than my biology. It’s the basis of female oppression and misogyny.  Amongst some, mainly the young, this is the new heresy.

Transgender people who argue that they have always ‘felt’ like the opposite sex are not engaging in rational debate.  A feeling is not a falsifiable hypothesis.  Others use the science of so-called ‘pink and blue’ brains.  The tweeness of this concept shouldn’t blind us to the science.  If science can prove structural differences between the brains of men and women, then this is a possible way of providing a scientific basis to transgenderism and ‘feeling’ that you are in the wrong body.  Evidence, however, is thin on the ground.  Even a supposed ground-breaking study of transgender brains[4] which has been cited as evidence of this theory has been criticised because it failed to control for sexuality.  Indeed, it seems that sexual orientation, not transgenderism, is what accounts for differences in the ‘transgender’ brain.[5]

Homosexuality is another area where the supposed progressives are revealing a reactionary conservatism.  Homosexuality is apparently no longer about same-sex attraction.  If a man identifies as a woman, he can be a lesbian. To deny this is to be transphobic. To be a lesbian who refuses to have sex with such self-identified lesbians is to be a bigot.  Lesbians are accused of using their vaginas as ‘a tool of violent gatekeeping’[6] because they do not want to have sex with bepenised transwomen.  The ‘cotton ceiling’ refers to breaking through a lesbian’s underwear.  Some people see transgenderism as being a form of gay conversion therapy, Iran being the prime example of this.[7]  Yet twitter is alive with praise for Iran’s ‘liberal’ stance on transgenderism,[8] conveniently ignoring the illegality of homosexuality.

The conflation of sex and gender is another area of confusion.  To argue that sex is a spectrum, rather than binary, and to attempt to prove this by bringing in intersex conditions, does not advance transgender arguments.  Sex is binary, and the existence of intersex conditions does not disprove this.[9]  Gender is indeed non-binary, and some would argue a social construct that promotes sexism.  Being ‘Gender Non-Conforming’ is not a radical stance and is something that should be supported and encouraged.  It does not equate to changing sex.  Despite what recent ITV show ‘Butterfly’ might have us believe, wearing make-up and liking feminine clothing does not a young boy a girl make.  Transgender Activists are reinforcing stereotypes, not smashing the binary.

The attempted silencing of Gender Critical academics takes us right back to where this article began.[10]  The Catholic Church used its power to prevent criticism of Galen.  Trans Activists use shouts of transphobia and threats of doxing, unemployment, rape and death as tools to prevent debate and discussion.  Nobody is denying the rights of trans people to exist, or to access employment, healthcare or any of the other universal Human Rights afforded to all of us.  What is being demanded is the right to discuss the very real conflicts between potential reforms to the Gender Recognition Act and the Equality Act.  Competing protected characteristics need to be considered not just through the prism of Trans’ Rights, but also Women’s Rights.[11]

It is not progressive or modern to deny evidence and prevent debate.  In years to come, History teachers will be trying to help future generations of students understand why, in the twenty-first century, so many people denied the clear evidence in front of them in favour of a regressive, conservative explanation of what it means to be a man or a woman.  The interpretation of their motives will be made by these future Historians.  I remain unconvinced that they will be seen as either broadminded or benign.

YPJ Fighter Talks Life and Loss In The War Against ISIS