Skip to content
Opinion • UK  »   Is the UK Moving Towards America’s Two-Party System? 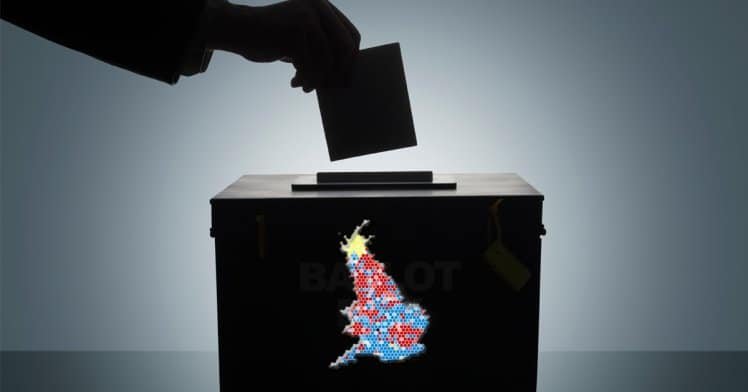 In spite of Britain’s European philosophical, cultural and artistic tradition, its electoral climate looks more like the United States’ two-party system than any other place in Europe.

When Theresa May announced the snap general election and the Conservatives had a massive 20 point lead in the polls, journalists and pundits speculated about whether the formation of a one-party system in a consolidated democracy was natural given the current political climate. The rather weird phrasing uncannily reminds me of Soviet propaganda, which proves to be wrong in a consolidated Western democracy. Not much surprise there, but it was a worrying albeit misplaced question. The only risk of the first-past-the-post voting system is the formation of a two-party system which is what is currently happening in Britain.

Conservatives and Labour look now like the Republicans and the Democrats. The two parties split around 80% of all votes. They’re head to head in the polls, after a fashion. Any third-party gets swallowed by one of these two.

This became particularly obvious after the Brexit referendum. According to statistics, the Liberal Democrats will be virtually obliterated; the SNP’s position will start to weaken as the Conservatives are forging ahead in the polls, giving us reasons to expect to see blue on the Scottish map this June. Numerous other indicators suggest that this trend will continue, giving the two large parties high chances of slowly but surely winning back Scotland.

All things considered, the issue that comes with the death of third parties is the issue of who decides elections. Since the system is becoming more Americanised, we might as well explore a rather extreme but not unique example from American presidential elections, namely the 2000 election, when a controversial Supreme Court decision handed George W Bush the victory. The electoral points belonging to the state of Florida were given to George Bush after having won the state by a slim majority of only hundreds of votes, while losing the national popular vote by about half a million votes. Many of Al Gore’s supporters blamed their candidate’s loss on Ralph Nader, a third-party candidate that obtained a significant amount of votes in Florida and whose supporters theoretically favoured Gore over Bush if they had been forced to choose between those two options only. Following their line of argumentation, if Nader supporters had voted for the two major candidates instead, then Al Gore would have won Florida by a comfortable margin.

Whether that is true or not, the logic of that argument does make sense. Many marginal constituencies in Britain produce MPs with small majorities which could be overturned easily if the runner-up from a major party managed to harness the third-party vote, leading us inexorably back to the two-party system.

This is something we have seen in all the recent general election trends. People even came up with a name for Theresa May’s grand coalition, Blukip, a mix between the ‘blue’ Conservatives and UKIP. The absorption of the UKIP vote was visible in the high polling figures the Conservatives have registered in the past two months. But the UKIP well is not infinite, and a recent ICM poll showed something rather remarkable—Conservatives are not the only ones who benefited from the fall of UKIP;  in fact, it appears that Labour have begun to absorb some UKIP votes as well. To give some perspective, people who voted UKIP in 2015 and are not planning to vote UKIP this June, are actually split between the Tories and Labour. It is one of many reasonable explanations for the recent surge in the polls for Jeremy Corbyn.

In Britain’s scenario, the magical happened. The Nader voters are actually giving up on Nader and now they are splitting between Gore and Bush. But they seem to have no clear preference on the matter, which makes this election rather remarkable. Labour is polling only a few points behind a figure that would have earned them a landslide victory in the early 2000’s, but the Lib Dems are too weak to provide balance and the Tory support base keeps growing.

British polling is sufficiently awful to make this election possibly unpredictable. If the votes are very evenly spread out across the country, then all that really matters is where the big third parties are going. Post referendum, the country has quickly realigned itself and become more polarised than ever. In a very unfortunate turn of events, it appears that the UKIP constituency could be Britain’s Florida this June. Given the turmoil on the American political scene because of the lack of choice, there is good reason to be worried about Britain sliding towards the two-party configuration as well.

President of UNASH and Mathematics researcher. 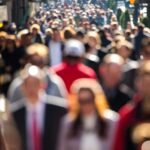 Q&A on the Philosophy of Economics with Dr. Alexander Douglas – Session 3 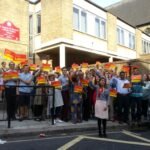 Five Encounters on the Doorstep: Canvassing for Labour