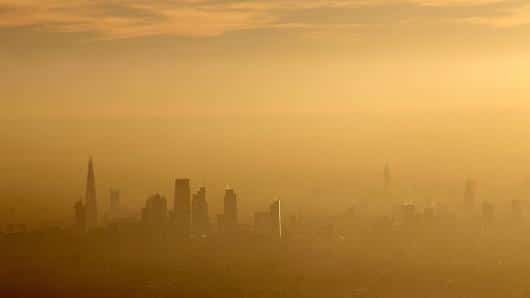 The government of the United Kingdom, after much rebuke from European Union institutions, has finally drafted a strategy for the improvement of air quality. The improvement of the air quality in the United Kingdom is based on the reduction of nitrogen dioxide in the atmosphere. Recalling that the UK was reprimanded by the European Commission for being one of five countries that persistently contravened EU regulations regarding the amount of nitrogen dioxide in the atmosphere and it was after the threat of legal sanction that this initiative has come to pass.

Air pollution is a serious problem in the UK. The exposure to outdoor pollution of air is associated with about 40,000 deaths per year in the UK This damage to the body can be inflicted across the lifespan, starting from some of the first weeks in the womb all the way to the older years of an individual. In addition, it has been linked with cancer, heart disease, asthma, and diabetes.

Therefore, the plan’s stated objective was to reduce pollution to such an extent as to bring the UK into the ranks of some of the cleaner and healthier areas. Vehicle manufacturers have an important part to play within the framework of the quality of air, according to the UK government.

The government has signalled that the options are open for consultation, which could run from from now until June 15. The final plan for the publication will be at the end of July.

However, the lawyers and activists who pushed for the plan and hoped that it would be designed in a manner to encourage or insist on the weakening of the impact of diesel vehicles in addition to the rapid transition into cleaner forms of transport seem to have been disappointed.

The plan allows for discussion around the possibility for a tax treatment for diesel vehicle drivers. However, the government has refrained from imposing any specific charges; there will need to be an engagement with stakeholders before any formal tax changes, circa the Autumn Budget 2017. Even with the plan in place and the consultation in preparation, however, some have criticised the air quality plan as insufficient.

Some environmental lawyers have seen the plan as “much weaker than hoped for.” Chief executive of ClientEarth, James Thornton, described the government as removing personal responsibility, and shirking it to the local authorities.

Activists and politicians in favour of a more stringent plan point out that this plan was the result of Ministers facing a series of defeats in the courts, where the prior plans were viewed as illegal. “The plan looks much weaker than we had hoped for,” said Thornton. “The court ordered the government to take this public health issue seriously and while the government says that pollution is the largest environmental risk to public health, we will still be faced with illegal air quality for years to come under these proposals.”

It remains to be seen whether the present plan will be approved of as being in line with public health requirements and the consequent obligations of the government. 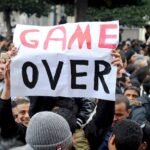 Looking Back On The Arab Spring 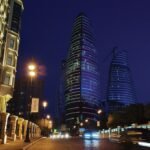