Skip to content
Africa • Reviews  »   Looking Back On The Arab Spring

One of the more iconic images of the surging protests/ GETTY Images
Saturday, May 6, 2017 | Written by Daniel J. Levy | 0 Comments

Much has been written about the Arab Spring since 2011, when it seemed possible that democracy might just prevail over dictatorship and authoritarianism across the Middle East. However, Bassem Youssef’s “Revolution for Dummies: Laughing Through the Arab Spring” is the first major comic examination of events across the region. Part autobiography, and partly a bitingly sarcastic, satirical micro-history of modern Egypt, it is simultaneously informative, moving, and deeply amusing, while presenting an interesting counter-narrative to the numerous political histories of the Arab Spring.

One of this book’s strongest points is its deeply personal tone. While Jeremy Bowen’s accounts of Tahrir Square provide good insight into Egypt’s revolution, he came to it as an outsider, and ultimately, still left at one. For Youssef, though, his early forays into the revolutionary square were as a physician to treat wounded protesters. The descriptions of a labyrinthine and oppressive bureaucracy are not of an academic specialising in Middle Eastern history, but his own experiences. Youssef’s book deeply personalises the Arab Spring, and provides a perspective that should not be overlooked.

Youssef tracks post-revolutionary Egypt in parallel to his own life from 2011 onwards. As the Mubarak regime fell and was replaced by a military Junta, the Muslim Brotherhood, another Junta, and eventually President Abdel-Fatah al-Sisi, Youssef was developing his own comic career. What began with amateur videos on YouTube eventually developed into one of the Arab world’s most popular TV shows ever, and ended with him entering a self-imposed exile in America. Much of its success stemmed from his willingness to confront the issues of concern to so many other Egyptians, but simply could not be raised due to the heavy taboos surrounding them: dictatorship masquerading as democracy, the military’s absolute control of the country’s civilian affairs, hypocrisy of Islamist actors (especially Salafis), and post-30th June 2013 slavish worship of Abdel-Fatah al-Sisi.

While it should go without saying that the book deals with serious issues, Youssef is also hilarious. Bitingly sarcastic throughout the book, he dares to say and criticise what no-one else would even consider. Nothing seems to be too taboo, allowing him to confront particularly pressing issues. Interestingly, one of his sub-currents is comparing President Trump to Arab dictators, which makes for interesting reading. Trump and his supporters have far more in common with the likes of Sisi and his acolytes than they may think, and Youssef’s critiques of an ever-more populist America are both thought-provoking and timely. 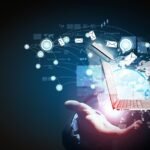 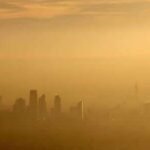