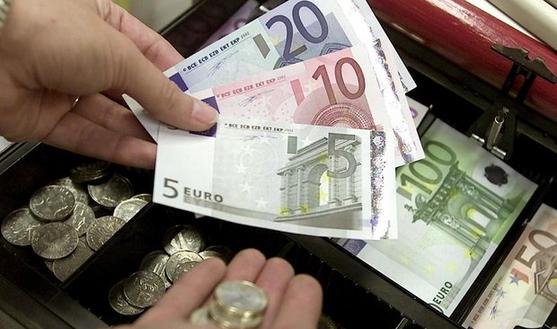 How would it sound if your government paid everyone in your country a basic income every month, on top of their salary, to spend in any way they like, without any criteria, conditions or requirements? This is the very promising idea of Universal Basic Income (UBI), which is being tested by various countries at the moment, one of them being Finland.

On the 1st of January 2017, Finland became the first European country to test the idea of Basic Income to a select group of its citizens. Two thousand unemployed Finns are receiving €560 per month for two years. The project aims to reduce unemployment and poverty, downsize bureaucracy and raise the standard of living – as it has achieved in the various instances where Basic Income was implemented in the past.

As an idea, it firstly appeared in the 16th century but was extensively developed by the English-American revolutionary philosopher Thomas Paine in the late 18th century. Paine argued that land should be considered a common property of the human race and therefore all citizens should be paid a form of compensation of the land they lost due to the introduction of the system of land ownership. This early proponent of UBI promised a fixed amount of money being paid to every person, rich or poor, without any requirements, for life.

Paine’s idea highlights some basic principles of UBI: It has no criteria, conditions, or requirements, it is given to all citizens, and all citizens receive the exact same amount of money. What defines UBI, therefore, is that it is unconditional. This is what makes it different from other social welfare schemes, like Guaranteed Minimum Income or Negative Income Tax. No matter how much one earns, their marital or employment status, their degree of education, or the wealth they possess, they are entitled to receive this periodic cash payment, under UBI.

On the most basic level, UBI aims to protect what Article 25 of the Universal Declaration of Human Rights says, “Everyone has the right to a standard of living adequate for the health and well-being of himself and of his family […].” The amount of money given under UBI is considered enough for all citizens of a country to enjoy an adequate standard of living which will provide them with four basic needs: food, clothing, housing, and medical care. Adding to this, UBI not only provides people the money to enjoy an adequate standard of living but at the same time it alleviates them from having to think of work as the fundamental purpose of life but just as a social construct, while highlighting the inability of the job system to satisfy the basic needs of a country’s citizens.

Instead of having to work in an unsatisfying job for long hours to get enough money to provide themselves and their family with a decent life, under UBI citizens get this amount of money from the government or from a communal fund and can thus focus on other aspects of their life and their community. As Skidelsky puts it, “Work is a curse […], undertaken only for the sake of making a living”.

Citizens of today’s world are, mostly, mere observers of their community’s and society’s policies and are not active in providing for their community. Alleviating, thus, citizens from the struggle to survive, can provide them with the opportunity to get involved in and offer to their community. This highlights one of the main aims of UBI: giving power to the people. Going back a few thousand years, in ancient Greece, Athens was the only city-state in which citizens had a say in the state’s decisions, while in other city-states, like Sparta, decisions were taken by a small number of officials. Thus, Athens was a democracy (ruled by the people) and Sparta was an oligarchy (ruled by the few). I will let the reader make their own conclusions whether or not today we are living in a modern version of ancient Athens or ancient Sparta.

What is more, the idea of UBI has more significant implications than just encouraging citizens to get involved into the public sphere. A guaranteed and unconditional basic income also encourages people to search for a job, without that having an impact on their unemployment benefit. It provides, thus, a ‘safety net’, both for unemployed citizens, who can freely search for a job, and employed citizens, who can become more flexible in changing jobs. This is where people stop being wage slaves and where work stops being the cornerstone of survival.

Moreover, UBI is not just considered a utopian idea; there is rising need for it. Elon Musk, CEO of Tesla and SpaceX, has recently said that we will be required to implement a UBI policy in the future because of the rising large-scale automation of jobs and the high unemployment that this will bring. As jobs will be slowly taken over by AI machines, citizens will still need financial support in the form of a guaranteed basic income. This basic income will encourage citizens to create new jobs, get involved in new sectors of the economy and find alternative sources of income.

Nothing helps in understanding UBI better than the practical results of it:  looking, that is, on cases where it was applied and on their results. It is important to say that, on the experimental level, applications if UBI did not fully correspond to its ideology – but were as close to it as it could be in each case. Throughout the 20th century, there had been discussions in Canada for the implementation of a basic income programme.

The programme, named Mincome, was finally implemented from 1974 to 1979 in Manitoba, under Prime Minister Pierre Trudeau. Ten thousand Canadian citizens received between $3,800 and $5,800 Canadian dollars per year for the duration of the programme. No reduction in amount of work was noted, except in two cases: Young mothers and teenage boys. Reports showed that young mothers would use the extra amount of money they received to focus on their family and children, and teenage boys used the money to focus on education, rather than work.

Thus, getting out of work or reducing working hours is not a bad thing per se as these two groups were benefited. No official report was issued by the Canadian government on the results of Mincome but reports showed that Canadian citizens used the money to satisfy their basic needs and not for other purposes. Evelyn Forget, a University of Minnesota economist, analysed the results of Mincome and concluded that, in the duration of the programme, more teenagers graduated school, hospital visits dropped by almost 10 percent and there was a reduction in rates of psychiatric hospitalisation.

Last month, the Canadian province of Prince Edward Island voted in favour of trialing a UBI scheme, with the aim of eliminating poverty, reducing crime, improving health and helping to build vibrant local communities. Basic needs, such as food, education and electricity are going to be covered by the scheme, and this shows, once again, why UBI is not considered a benefit but a human right.

Furthermore, a UBI experiment was trialed in 6 thousand people in 20 Indian villages from 2011 to 2013. Eight of these villages received a basic income while the rest acted as control groups. Results were more than positive. People spent more on food and healthcare, student’s performance at schools improved by 68% and the creation of new businesses (start-ups) doubled.

In 2010, in a small experiment in the City of London, 13 homeless people were given £3 000 to spend as they wish. A year later, 7 had a roof above their head, and the average amount of money that they had spent over that year was £800. A small experiment, and definitely not universally applicable, but it nevertheless manages to highlight the impact that basic income can have in small communities.

An important not to make here is that UBI has been trialed in almost all continents, giving hopes that it can be, as its name says, Universal. Various other countries, states and cities are at the time considering implementing a UBI programme including, but not limited to, Scotland, Kenya, California, Utrecht, and Ontario. Through UBI, financial stability and income equality can be improved or even achieved and it’s in this way that we can get a step closer into solving social issues (poverty, unemployment, homelessness, and more). Statistics show that as income inequality increases, social and financial issues increase as well, with the US being a shameful example throughout the developed countries. Countries in which wealth redistribution is practiced, have rising percentages of equality.

Furthermore, UBI acts as a solid foundation for people to search for a job, alleviating at the same time a great financial burden from them. It’s a foundation that gives the opportunity to citizens to develop themselves and their social and financial situation, while getting themselves out of wage slavery.  More importantly, UBI can have a great political impact, as well. Today’s model of democracy has given the responsibility for community and social development to a very small percentage of the population.

Citizens are not citizens with the strict definition of the term, but simply followers. They are not considered a part of the decision-making mechanism of the government and are merely required to follow and accept whatever this mechanism decides. Part of the reason as to why citizens are not involved in the public sphere is that there is no mechanism to allow the inclusion of citizens into political life, but also because citizens are focused on providing themselves and their family with their basic needs, having few or no resources to dedicate to society.

All the above will be possible under UBI: Education and healthcare will be available to more members of the society, performance in schools is going to improve, citizens will be encouraged to search for a job having been provided with a ‘safety net’ and use that money to create new businesses or get involved in other sectors of the economy. In short, the most important aspect of the philosophy behind UBI is this: survival and provision of basic needs is not considered a privilege but rather an unconditional right of all citizens. 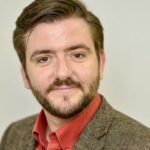 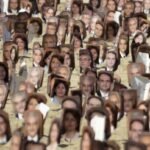 Persecuted in Iran: One Woman’s Story