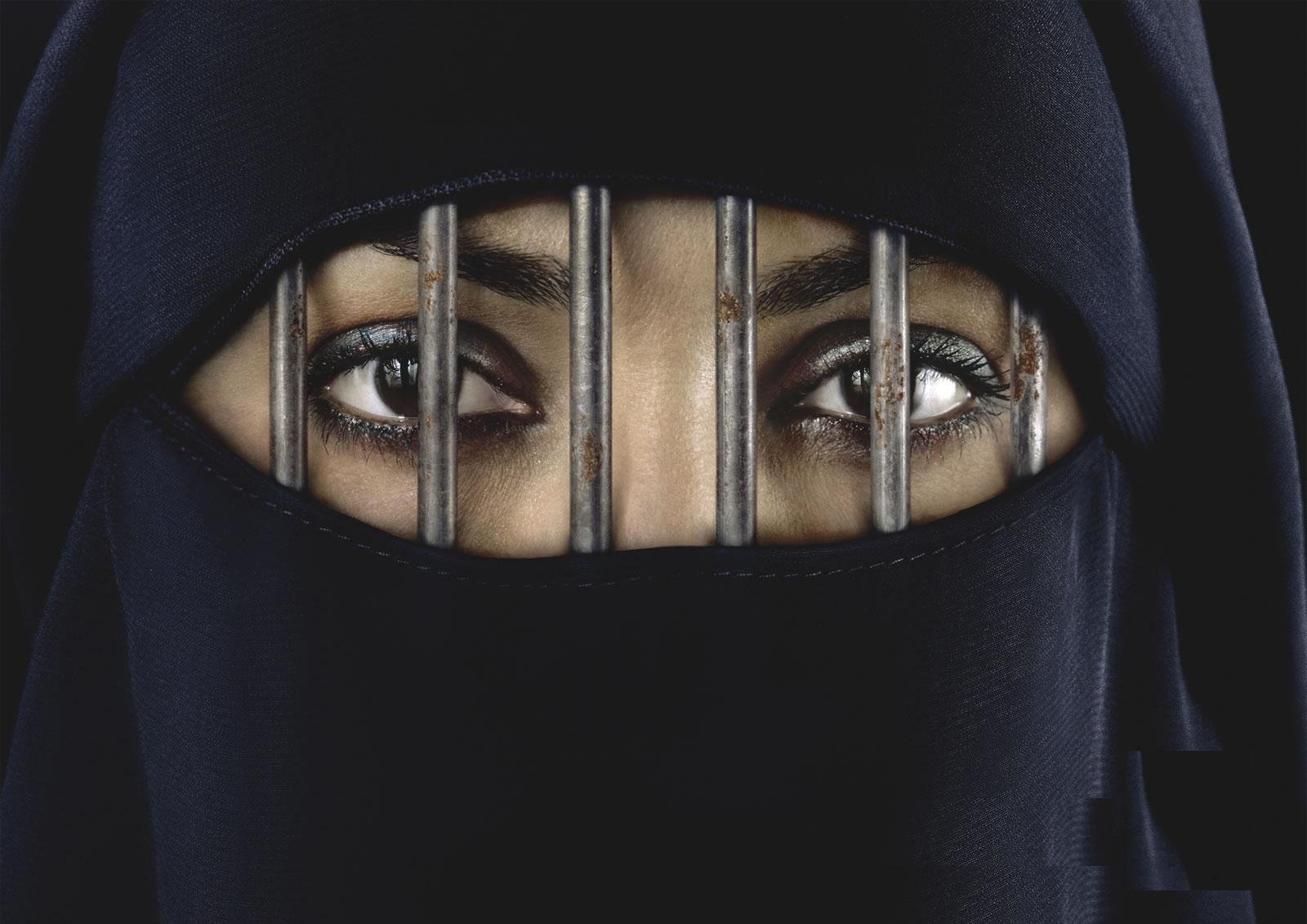 “Human rights are rights inherent to all human beings, whatever our nationality, place of residence, sex, national or ethnic origin, colour, religion, language, or any other status. We are all equally entitled to our human rights without discrimination. These rights are all interrelated, interdependent and indivisible.” – United Nations Human Rights Office of the High Commissioner

(2) Motherhood and childhood are entitled to special care and assistance. All children, whether born in or out of wedlock, shall enjoy the same social protection. – Universal Declaration of Human Rights

To make the case for the disproportionate implementation of women’s rights in the Arab League compared to other regions of the world, we need to define our terms. Our discussion implies some questions: What defines a right? What defines women’s rights? Which countries are the worst, and by what metric(s)?

The United Nations General Assembly adopted the Universal Declaration of Human Rights in 1948. It sets the common standard for all Member States to abide by in the treatment of their citizenry.

Its thirty articles define human rights and freedoms in straightforward terms: freedom from oppression, including slavery; freedom of thought, speech, and religion; freedom from discrimination based on race, colour, sex, and political opinion; equality of all before the law; the right to education and to work. Among the different stipulations, there are rights specific to particular groups. Mothers and children, for example, are entitled to “special care and assistance,” as stipulated in Article 25. Workers have the right to safe conditions and equal pay for equal work.

The overlap between countries in which there is a high risk of violations against both human rights and women’s rights is neither coincidental nor inexplicable. Sub-Saharan countries, for example, consistently hold their position as high risk due precisely to their high levels of sexual violence, among other factors.

The worst offenders are those that deny women their fundamental rights as humans. Those countries violate the inalienable right to enter marriage consensually, fail to ensure favourable work conditions, and legislate guardianship laws so extreme that women cannot vote freely.

These de jure violations are unspeakable, in and of themselves. What about the de facto restrictions imposed on women and girls? For example, the innumerable societal pressures and the constraints imposed by religion or custom? Or those that negate the freedoms women have under the law? What of the economic disadvantages women face? What about the pressure to marry and start a family at a young age?

These can impede access to other fundamental human rights, such as the right to education, making attendance or completion impossible. News stories emerge at a consistent rate about Arab League nations and their violations of women’s rights. With the image of a women’s conference in Saudi Arabia making its rounds on the internet – women conspicuously lacking- we can reflect closer on the countries ranking the worst in their treatment of women.

There is an international tradition devoted to women’s rights. Since 1948, at least, these documents have represented efforts to establish parameters for the equal treatment of women.

One general assertion is that the Arab League disproportionately violates women’s rights compared to other regions of the world. Before this can be argued for, or against, we must consider the facts through the analysis of metrics including the World Economic Forum’s (WEF) Gender Gap Report and the Human Development Index.

The WEF’s Gender Gap Report “quantifies the magnitude of gender disparities and tracks their progress over time, with a specific focus on the relative gaps between women and men across four key areas: health, education, economy and politics.” In a total ranking of 144 countries, of the bottom 4 on the listing, 3 are in the Arab League: Saudi Arabia, Syria, and Yemen, numbers 141, 142, and 144, respectively. The gender gap becomes even more pronounced when considered in the context of a country’s total development. The Human Development Index is a significant metric in this case as it can be used alongside the Gender Gap Report.

When we take both metrics into consideration, the gap between the genders and the development of the citizens of the country as whole are shown to be significant. Women’s rights fall behind. Take, for example, the case of Saudi Arabia. Although the Human Development Index for Saudi Arabia is improving, the GGR places it among the lowest on the ranking for its treatment of women. While Saudi Arabia ranks 38th out of 187 countries on the HDI, which is rather high on the rankings of human development, it is among the lowest in terms of gender equality.

Syria ranks 142nd out of 144 on the GGR, but only 149th out of 187 on the HDI. Life quality is poor for Syrians in general, but is worse for women even in those circumstances. Yemen has the worst ranking in the Gender Gap Report. The Human Development Index ranks it 168th out of 187. While life quality may be poor in Yemen, it is, like the other countries we considered, predictably worse for its women.

These are extreme cases- the worst in the Arab League. What about moderate countries like Lebanon?

When discussing Arab countries and their treatment of women, we look to moderate nations as examples of what can be achieved within the framework of societies influenced by religion in a negative way. Lebanon comes to mind, a country often the object of international contention and internecine strife but that has nevertheless been able to achieve relative stability between its numerous factions.

While the Lebanese constitution formally recognises equality between all its citizens, the power is distributed between diverse religious groups, the values of which differ widely and influence the rights women have in their respective communities. An article from Human Rights Watch (HRW) states the following:

“Lebanon has 15 different codes – for Sunni, Shia, Druze, Catholic, Orthodox, Evangelical groups and others – governing divorce, child custody, and the financial rights of spouses during and after marriage”

Lebanon is comparatively progressive to other Arab League countries. Women earned the right to vote in 1952, five years after men. Married women have the right to independently own and manage property. And yet, neither the woman’s spouse nor her children can inherit her citizenship. While problematic in and of itself, it is not comparable to the injustices women endure in the legal realms of divorce and rape.

Article 503 of the Lebanese Penal Code defines rape in the following terms: “forced sexual intercourse [against someone] who is not his wife by violence or threat.” In other words, Lebanon does not recognise spousal rape. While laws against domestic abuse do recognise violence and threats thereof, whether the penalty of jail time is enforced or not depends on the state of the victim, and whether she has required a minimum of ten days to recover. The fine itself is paltry, equivalent to anywhere between $6 and $33 USD. Civil marriage is not recognised in Lebanon; religious law dictates how divorce is handled.

Sunni, Shia, and Druze men can divorce their wives simply by uttering the words, “I divorce you.” If the women, however, wish to divorce their husbands, the process is arduous and the grounds are limited. The burden of proof is on the women to supply evidence pointing to “hardship and discord.” Progress on some of the more egregious violations is a recent phenomenon. As of February 2017, Lebanon has abolished Article 522, which allowed men convicted of rape to avoid a penalty if they supplied a valid marriage contract.

In August 2011, Article 562, which had been previously allowed perpetrators of honour killings to commute their sentence, was repealed. Adultery and abortion still remain illegal and women are significantly underrepresented in politics. If Lebanon, a country that boasts a reputation for being progressive, still contends with these issues, where does that leave other nations in the Arab League?

Sethrida Geagea, member of parliament and wife to the leader of Lebanese Forces, says that to effect change, women also have a responsibility to ‘stop giving priorities to the son over the daughter in terms of education.’ She references other instances in which men and women both might combat stereotypical roles that have their origins in the notion that women are inferior, such as the portrayal of doctors or businesspersons as men and women as their secretaries.

While working to change collective mentality is essential to overcome harmful views of women, it is idealistic if not accompanied by international pressure and cooperation on the part of those who influence public opinion. We must above all fight at the legislative level to provide a legal framework in which women may assert their right to the same education, work, opportunities, and protection as men.

The way a country chooses to view and treat its women often means the difference between a developed country and a developing one. Investing in women is investing in the country’s economy, in untapped potential. As women have increased access to education, proper nutrition, and reproductive healthcare, they have more time, energy, and resources to invest in children. With the individual children better provided for, and with equitable and safe access to reproductive health services, including abortion, women tend to have fewer children, as is the case in the most developed nations.

Women who are educated and independent have control over their health and their finances. They have a lesser chance of being exploited. They do not settle for low standards and unsafe working conditions. Denying women fundamental rights directly impacts other vulnerable groups, including workers and children. Economies and societies lose potential growth by denying women their rights. Human rights, and therefore women’s rights, go hand in hand with development.

Those who can, who are either in positions of power or privilege, must not stay silent on the abuses endured by women in developing countries. We must be especially critical of any beliefs or cultural norms that only serve to legitimise the mistreatment of women. We must fight against the blatant permissiveness in the face of these continuing offences. They are an affront to human dignity. What is more, no country can benefit, or has been shown to benefit, from the mistreatment of half its population. 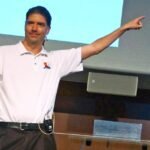 An Interview with Jim G. Helton – President of Tri-State Freethinkers 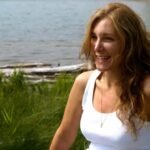