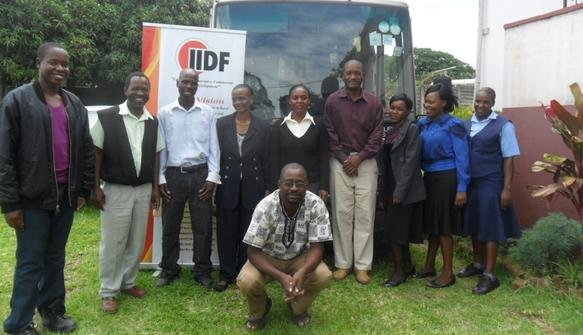 Working as a sub contract for the International Rescue Committee in a project entitled Youth CAN! (Youth and Community Action for Nonviolence), IIDF got to work with youth forums in different villages in two districts in the Manicaland province – Mutare and Mutasa. They worked with these Youth Forums known as ‘Youth Champions’ under the IRC project and facilitated community planning and business projects with them. The project has come to an end now and the Youth Forums have been left to fend for themselves with the projects.

Having a board made up of secular humanists who have discussed secular initiatives for a while, IIDF sought to continue with these youth forums, now specifically for humanist initiatives. The board decided that the old strategies based on endorsing traditional and religious leaders was not ideal for development.

Despite the aid that had come to the Youth Champions during the Youth CAN project, a lot of factors still work against human development. Some of the traditional leadership is corrupt and endorses harmful traditional practices like the Tsikamutanda (witch hunters) who attack people in these very youth forums accusing them of witchcraft and telling them to pay for their spiritual crimes through livestock…some of this livestock being from the development projects.

The church leadership prioritises dogma over human rights and development. The John Masowe and John Marange African Apostolic Faith sect, for example, does not allow its members to get medical help or vaccinations. The Youth and children do not have a choice but be denied medical attention because of their parents’ faith, and it is interesting…or rather sad, to note that the Rural District Council for Mutare recorded that child mortality in the Marange District is highest because children die from measles due to their being denied vaccines. A lot of young people also die from diseases that could have otherwise been healed because they are denied medical assistance from their “devout Christian” parents. The financially independent fathers could break the covenant at times and get all the medical help they want because they wouldn’t stand the pain while they insist their wives and children simply go to their church’s prophet. This is a big setback for youth development and their rights. Education is also at a low point in most rural areas, this is mainly because they do not have access to information and books.

A culture of ignorance has developed resulting from this, reinforcing such dogmatic entities like the traditional witch hunting cults and denying vulnerable groups like the youth and women access to health care. African-American reformer and statesman Frederick Douglass once said “Knowledge makes a man unfit to be a slave.”

The IIDF has sought to concentrate more on humanism as it has deemed the philosophy to be the answer for the problems facing human development in Zimbabwe as a whole. Building up from where the Youth CAN project left off, the team over at IIDF has decided to continue working with these youths applying a whole new approach that will hopefully reach out to every other part of Zimbabwe. The youth champions will become the Young Humanist Forums on a volunteer basis. They will embrace the values of humanism and work with the team to overturn the harm done by the witch hunts and lack of access to medical care and education. Initiatives discussed through the sensitization meetings with the Forums on Monday the 30th of January 2017 include initiatives to implement cultural reform that values humanism (which the Southern Africans called ‘Ubuntu’) before religion took that away from them.  They also discussed creating community libraries and book clubs promoting intellectual development and academic excellence and upholding human rights above cultural practices that undermine them and beliefs that demonize them. All the Youth Forums in the Sahumani district have been sensitized and the IIDF team will continue to sensitize all the other forums in the process of wrapping up the Youth CAN project.

The Zimbabwean constitution explicitly states that Zimbabwe is a secular country (section 1), based on a common humanity as in recognition of the inherent dignity and worth of all human beings (sections 3 (f), 48 and 51), inalienable human rights and freedoms (sections 3 (c) and 49) and the recognition of the equality of all human beings (sections 3 (f) and 56). There is a constitutional guarantee of the freedom of thought and conscience (section 60). It is ironic that while the constitution is secular, the people are not.   In its new initiative, IIDF will be reinforcing the rule of law and saving humanity in the process. The team looks forward to working together with various humanist organisations and seeks to add mileage to the face of progress.

Compiled by Takudzwa Mazwienduna; a humanist writer and a team member from IIDF. 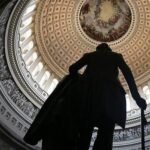 Is Western Civilisation Worth Saving? 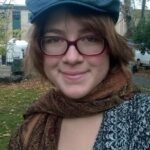