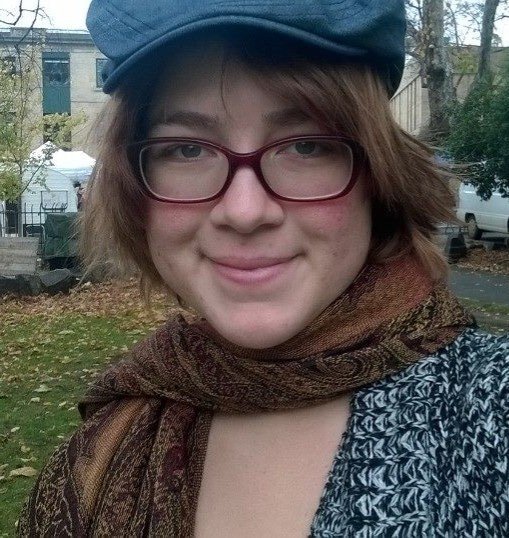 Working with youth has always been very important to Nicole. In her teens, Nicole was an assistant team leader for a Search and Rescue Unit. There, she taught young people wilderness survival skills, as well as crime scene protocols. As an adult, Nicole strongly advocates the written word. She has helped run and participated in National Novel Writing Month for ten years and has been a freelance children’s author for five years. Nicole moved to Oregon from Indiana because it was the farthest she could get from that kind of religious mentality without hitting the ocean. In 2012, Nicole temporarily moved to Brisbane, Australia, and became fascinated at the religious differences culture to culture.
Scott Douglas Jacobsen: As the branch manager for CFI-Portland, what are your tasks and responsibilities?

I’m definitely a Jane of all Trades when it comes to my job description! On a daily basis, my responsibilities tend to be putting puzzle pieces together. If I’m trying to get an event organised, that means I’m getting the speakers to talk to me and the venue to talk to the speakers. If I’m trying to create new flyers, I’m communicating with the rest of the Members of the Board on what’s the best message, what is the best way to get our ideals out into the world? It really is just making sure events happen, questions get answered and that everybody on the Board stays on task. In a line? I’m the one keeping the Portland CFI ship sailing smoothly, while trying to make sure nobody sees me doing so!
CFI-Portland is comprised of humanists, rationalists, and sceptics. What are some of the common ‘pulls’ for people to come, attend, join, and stay in CFI-Portland?
There’s a unity in being religious and going to church. There’s a community to it, a feeling of, “Oh good, they believe what I do. I belong here.” Humanists, rationalists, sceptics, all of them are still human and still want that sense of being among those they can relate to. This is the reason that Unitarian Universalist Churches exist. It’s the reason that CFI exists. It’s all in the hope of making sure that everybody has someplace they can go and say “I’m comfortable here. I belong.”
What are some of the activities, educational programs, and lectures provided by the organisation?
Each branch of CFI is totally different when it comes to the events it chooses to host or the speakers it invites. Here in Portland, we thrive on both socialising with the already like-minded, as well as educating those that are religious and thus unfamiliar with us. Labels like “humanist,” “rationalist,” “skeptic,” and especially “atheist” often come with a lot of negative associations. CFI Portland invites people to interact with those labels in lecture halls, at potlucks and picnics, or even just at a pub over a beer.
What are the positive changes seen from the activities of CFI-Portland in the Portland area?
I’m relatively new to the CFI Portland team, but one thing I can tell you is that every time CFI Portland inspires a new Facebook group for atheists, we’ve won something. Every time a campus is open to us having a controversial debate in one of their rooms, we’ve won something. Every time we can sell out on tickets to a Richard Dawkins event, we can sleep easy knowing that we’re making a difference in our city.
Where can people find the campus outreach? How long have they been in place? How many members are there? What have been the impacts on campus for those universities with a presence to some degree?
CFI Portland has been focusing far more on its effect on campuses in the past several months. The main reason for this is that the younger demographic has shown themselves to be more open to conversations on controversial topics such as God, faith and an afterlife. With this in mind, CFI Portland has tried to host lectures and discussions in venues that appeal to the younger crowd. We have a monthly 4th Friday at the Lab event where a speaker presents a controversial subject. After it’s over, everyone sticks around for a debate on what they were just presented with. There’s beer, there’s pizza and there’s connection.
For example, on January 27th 2017, we’re having an event at PSU called “The New Campus Thought Police.” Two of the topics we’ll be covering are safe spaces on campus and free expression. We’re offering this free to all students, because we believe that their voices are some of the most important in Portland right now. We want to hear them speak out and inspire the older generation. (Link to January event)
CFI works for to fight against political turmoil and anti-intellectualism, and to protect reason, science, and civil liberties. How does CFI-Portland continue to fight against and protect those things, respectively?

We know what it’s like to be a minority and so we want to speak for the minorities out there still in the closet. To this end, CFI Portland is an advocate for same-sex marriage. We continually endeavour to keep religion out of schools. We’ve even put forth a bill to give CFI secular celebrants the legal right to solemnise marriages just as clergy are able to.
However, if I had to come up with just one way that CFI Portland protects reason, science and civil liberties, it would be creating safe spaces for people. Whether we’re meeting at the pub, having a potluck or hosting a Richard Dawkins event, we’re inviting people to sit up, stand up and raise their voice. We’re inspiring people to doubt, to question, to debate with others and to debate with themselves. Our job, in a nutshell, is to make Portland a place where “Keep Portland Weird” also means “Keep Portlanders Free to Decide What That Means.
Thank you for your time, Nicole.
Thanks for yours Scott. 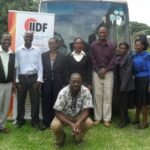 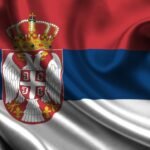 Destructive identity politics – Serbia is ready for a presidential election