Parts of Africa are still steeped in superstition and still suffer the effects of colonialism. What might a uniquely African Enlightenment look like?

A project that envisions an African Enlightenment is an ambitious undertaking, because it seeks to extend the conceptualisation of Africa beyond what it is currently known as. Such an initiative that anticipates a region-specific wave of illumination can only rest on certain presuppositions. First, there has not been an African Enlightenment, however that is defined–at least, not yet. Africa has yet to experience or undergo its own Siecle des Lumieres, the Century of Lights. The African enlightenment is, therefore, a futuristic endeavour. The form that it could take is open to anyone’s guess and imagination. This piece is an exercise in African futurist thinking and social prognostication.

Secondly, any tradition of Enlightenment in history, whether of the East or of the West has not yielded an Africa-inclusive Illumination. It has not occasioned any substantial impact or cultural shift that defines an era, other than darkness. Thus the eastern and western cultural encounters, the Arab Muslim, European Christian incursions and contacts, or any such self-styled mission civilatrice, have all been an exercise in endarkenment. These other waves of “cultural light” have been unable to trigger radical and revolutionary changes. They have not defined an era that could rightfully be designated as an African Age of Light. So, it is presupposed that Africa is a region in the grip of unreason, superstition and magic and other antediluvian sentiments. An imagined era of light is anticipated as a liberating and awakening force.

Whether intended or implied, valid or invalid, politically correct or incorrect, these presuppositions constitute a backdrop for a thoughtful foray into the form, shape and contours of an African Siècle des Lumieres. It is against such a background that the possibility and plausibility of an African Enlightenment can be articulated.

An African Enlightenment is bound to be like and unlike the European Century of Lights; a process with certain commonalities, crosscutting patterns and parallels. An African Enlightenment has to be vested with particularities and specificities that make it African, uniquely African. So what could this African Age of Light be like, unconstrained by eastern or western fits and formulas or other existing traditions of Enlightenment?

An African Age of Light requires shifts in existing intellectual, social, religious and philosophical outlooks. The prevailing mindset lacks the critical mass of light. This region-specific strand of Illumination can only be consummated from shifts in prevailing perceptions of Africa and Africans; from switches in the modes of knowing, thinking and reasoning; and in ways of understanding the world, including humans. These shifts will pierce the veil covering the eyes and minds of Africans in relation to how they see and make sense of the world. The changes will induce an awakening that breaks the shields that have hindered and hampered fresh illumination and insights.

A new intellectual outlook is needed in the African Century of Light. Magical interpretations of realities manifest in Africa in ways that sometimes seem as if the continent is temporarily trapped in early modern European mind warp. African modernity is explained not in terms of dispelling irrational and magical notions but in reinforcing occult and witchcraft ideas. Scientific outlook has yet to become the mainstay and the driving force of everyday life, interaction and understanding of nature and the universe.

Indeed, the colonial authorities introduced scientific and technological learning. They built schools, colleges and universities where science was taught. But the colonial/postcolonial science has not succeeded in achieving the breakthrough required for an African Century of Lights. The ‘colonial/postcolonial science’ has yet to be decolonized. It has yet to be de-Christianized and de-Islamized, and by implication de-westernized and de-arabized. Africans have yet to assume a critical mass of control of their scientific and technological destinies. Science and technology are still largely seen as European and western, and any reference to an ‘African science’ often points to witchcraft, magic, voodoo, and other religious and superstitious ideas. The scientific enterprise is still tied to European interests, driven by ‘market forces’ that the East and West manipulate and control. The contemporary technoscientific complex gives Europeans and their Asian counterparts, not Africans, more control over the lives and destinies of Africans than Africans themselves.

Simply put, science and technology have seldom invested contemporary Africans with the sense of control and mastery over their lives, and other existential challenges as the scientific outlook and technological knowhow did in Europe since the 18th century. A radical and revolutionary shift in the popular perception of science is needed to ignite some light, a distinctly African Light. The mindset that science is western must change. This misconception, which has hampered the emergence of a scientific Africa, must be discarded. This switch will make scientific accessories available as well as affordable, and technological goods deliverable in accordance with the needs and priorities of Africans, not in the terms and interests that the West or the East dictate. This change in outlook banishes or at least consigns to the fringe the magical and superstitious narratives that too often drive and define popular thought and imagination in the region. However, this much-needed shift in outlook is hinged on a political economy and requires a corresponding switch in power relations to come to fruition.

“A radical and revolutionary shift in the popular perception of science is needed to ignite some light, a distinctly African Light.”

An African Enlightenment will be predicated on a radical political and economic shake-up; on shifts in political principles and practice. European Enlightenment contended with oppressive monarchies, but the African age of Light must vanquish similar and more complicated tyrannies, internally and externally, to flourish. The political upset that brought an end to colonialism has not engineered the requisite transformation in power relations that could trigger an African Age of Light. Postcolonial politics has not radically changed the way African countries relate to other policies and economies. Instead, the erstwhile colonising countries and other imperialist nations still drive and dominate global politics. They tyrannise over Africa countries in ways that are not too different from the politics of the transpacific, transatlantic slavery/colonial days. Over the centuries and millennia, the way that eastern and western nations relate to Africa–including the representations of Africa globally–has only changed its coats and not necessarily its character.

But political tyrannies have not always emanated from outside. Since independence, African countries have often been theatres of infighting driven by clan, ethnicity and religion. Strongman politics, military dictatorships, life presidencies, quasi, unfree and unfair elections have characterized the postcolonial political dispensation. This kind of politics has left African states weakened internally, and externally unable to hold their ground. The enthronement of democracy and the rule of law and the adoption of modern economy and human rights principles have not lifted African people out of poverty and delivered power to the people.

The current geopolitical arrangement leaves Africa in the margins, and in the dark. European modernisation of Africa has not lived up to its universalist potentials and promises. Rather, the European enlightenment has largely yielded an endarkenment by protecting mainly the interests of European sand Westerners in Africa at the expense of Africans. European Enlightenment and the Arab version have only served the interests of Westerners and Easterners by giving them more access to African markets and more control over African economic and political destinies than Africans themselves. An African Age of Light requires a paradigm shift in this global power equation. However, religion is encumbering this critical change in the political and economic mindset and equation.

As in the case of Europe, an African Enlightenment project is linked to religious reformation and to dislodging the hegemonic sway of religious faiths. Religion wields an overbearing influence on all aspects of the African society– its politics, economics, laws, ethos and norms. Religion holds the African intellect and mindset hostage in a way that has no precedence in history. In the 18th century Europe, the Age of Light involved challenging the absolute and totalitarian influence of religion, Christianity, but the African Age of Light will have to contend with a more complicated process–the convoluted schemes of the various faith traditions (indigenous, Christian and Islamic) that tyrannise over the lives of Africans. African countries are officially and actually religious: Islamic republics, Christian and voodoo states. Religions compete, and try to dictate how Africans conduct their personal and public lives, including state affairs.

African enlightenment requires the disentanglement of the state from the church, mosque, shrine and temple.  It requires separating the powers of the presidents, governors and parliamentarians from those of the priests, bishops, imams, and sheikhs, distinguishing secular state laws from Sharia, Christian and customary laws. The separation of international state and international religious affairs is imperative for an African Age of Light. Religious faith serves as a mask for western and eastern social, economic and political interests. Religion is too often employed to legitimise imperialistic cultural, political and economic schemes. In contemporary Africa, religion relates to the African state project in a way that sanctifies misogyny, homophobia, xenophobia and contempt for universal human rights.

Religion stifles free thought and inquiry, the expression of critical thinking and the application of scientific temperament and technological intelligence in all areas of human endeavour. For instance, allegations of racism and Islamophobia have become conversation stoppers. They are invoked to discourage critical examination of cultural and religious beliefs. An African Age of Light will shine to dispel the oppressive and abusive tendencies of post-Enlightenment Christianity and Islam and their African formations and other discontents from mixing religion and state affairs. It will glow with a reformation of religions with a unique dimension.

“In contemporary Africa, religion relates to the African state project in a way that sanctifies misogyny, homophobia, xenophobia and contempt for universal human rights”

In conclusion, an African Enlightenment will look like and unlike an Enlightenment as we know it. It will be an Enlightenment that aligns and at the same time departs from the other Enlightenments. It will be an Enlightenment in its own right. As in the case in Europe, an African Age of Light will be characterised by shifts in outlooks, the perception and understanding of the world, nature and the human being. It will be forged based on revolutions in political, philosophical, cosmological thought and culture and other changes that give power to the people (the demos), wresting powers from the rich, from the clerics and the aged, from the West and the East. The African Age of light will glow by ensuring that power is drawn from not the will of God or Allah but the will of the people, that legitimacy is gained not from the OIC, the Arab League or the EU, the Americas, the Gulf states or the Pacific, but the African people. And that governance is based on human rights and the rule of law not on dogma, tradition and revelation. 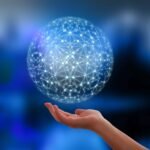 Is a Borderless World Viable? 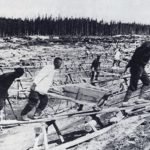