The bigotry a number of Brits have shown towards migrants and ethnic minorities in the weeks since the EU referendum has been truly shocking. People have been shouted at in the street, they’ve been told to leave the country; pro-Brexit cards have been distributed around one community declaring “No more Polish Vermin”; racist graffiti has been scrawled on a Polish community centre, and a halal butchers has been firebombed in the West Midlands.

Both the anecdotal evidence and the statistics of hate crime reports suggest that the Brexit vote has been interpreted by some as a license to express the vilest intolerance towards anyone who looks or sounds foreign.

However, there is also another intolerance which has reared its ugly head after the referendum vote that could prove equally damaging to the nation’s politics; that being intolerance of the democratic will of the people.

A parliament petition has been signed by millions of people demanding that the referendum should be repeated, in spite of the fact that the vote was the largest democratic mandate in British history. Many prominent figures have come out saying that parliament should reject the referendum vote, such as David Lammy MP who called for parliament to stop “this madness” and philosopher AC Grayling, who said the vote was merely “a decision by crowd acclamation”. A group of lawyers are threatening to launch a legal case against the government unless it invokes Article 50 by an act of parliament, presumably in the hope that the act would be voted down by a majority of MPs. And earlier this month swathes of people took part in a March for Europe, many of whom also appeared to be calling for the two Houses to ignore the clear decision of the demos.

One placard at this event which particularly got my back up read “Reject Ochlocracy” – rule by the mob. In what world does 17 million people all respectively going into a polling booth and marking an “X” in a box constitute a mob? Apparently the same world in which 48 is a bigger number than 52.

The refusal to accept the decision of the common man and woman by MPs, academics, lawyers, celebrities and university students – the elites of this country – has been shocking. I have been quite astounded by some of the things I’ve seen written on social media by people who I know would call themselves progressives in the weeks since the referendum.

Now, it is true that, as many disgruntled remainers and others have emphasised, the level and quantity of misinformation spread by both sides during the referendum was unacceptable. However, our response to this failing of our political establishment should not be to call for the electorates’ decision to be overridden, but to find ways to better hold our politicians to account.

Instead, the sentiment among a significant proportion of remainers seems to be: yes, democracy – but not when it yields a result which I really don’t like. It is not unlike peoples’ attitude towards free speech these days: “yes free speech for me, but not for those people over there whose views I don’t like”.

Furthermore, there has been a systematic attempt by such people to undermine the result, and legitimise their anti-democratic fervour, by suggesting that people voted out of ignorance and bigotry and that a significant proportion of leave voters regretted their decision. But the evidence we currently have available (though it is still early days) suggests otherwise.

Polling conducted by Lord Ashcroft immediately after the referendum found that 49% of the leave voters said the key reason they wanted Brexit was “the principle that decisions about the UK should be taken in the UK” – not to repatriate immigrants. Only 33% said their key reason was to give the UK the best chance to regain control over immigration – not that wanting immigration to be reduced necessarily requires that you don’t like immigrants in any case.

Additionally, a poll by Ipsos Mori at the start of the month suggested that 89% of leave voters believe that the result was the “right decision for the United Kingdom” – exactly the same percentage as remain voters. Furthermore, the majority of British people also believe that the country’s economy will fare better in the long-term due to our vote to leave. And in spite of the rise in anti-immigration rhetoric, polling by Ipsos Mori suggests that national support for UKIP is down 2% since the referendum.
Throughout our history, the idea of rule by the people has been undermined by fatuous claims from the elites, the rich and powerful, that the hoi polloi are too ignorant and narrow-minded to decide the fate of their own nation. Those same claims are being made today in the wake of the most important democratic decision in a generation.

In post-Brexit Britain, a hatred of immigrants on the one hand has been matched by a scorn for the plebs on the other. A two pronged attack on liberal, progressive thinking has been launched. It mustn’t be allowed to succeed.​

Strangely, virtually nobody said such things after the general election last year, in which voter turnout was about five per cent lower than it was in the referendum. Many did not want the Conservatives to win and were heavily disappointed by the result, but nobody was calling for the result to be ignored. Why should the referendum be any different? And the likely response to that question, “Well it was a much more important vote than the general election,” simply does not hold water. Either you believe in the sovereignty of the demos or you don’t. It is as simple as that.

The Evils of Rampant Religious Privilege 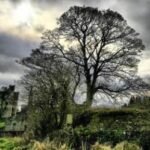