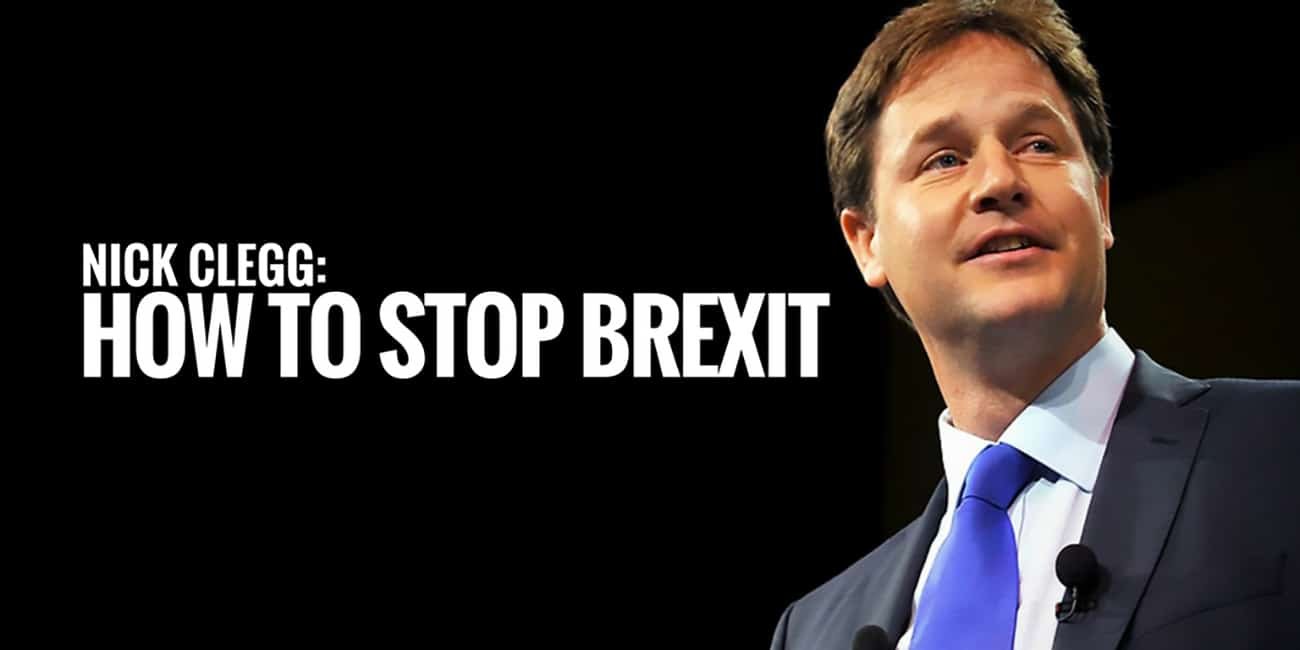 Nick Clegg’s book How To Stop Brexit is daring and witty. Will it change people’s minds and propose how to make Britain great again?

Brexit has been a key issue for the Liberal Democrats since David Cameron announced his plans for an independence referendum. Considering two key facts: 1) that 48% of those who turned out to vote on June 23rd voted for Britain to remain, and 2) the importance of Brexit in contemporary politics, one might expect the Liberal Democrats to have been particularly energised.

They only made a modest recovery in the 2017 election, however, as their pro-European stance seemed to lose out to Jeremy Corbyn’s populist campaign. When Nick Clegg, the party’s most successful leader to date, lost his seat on the 8th of June, it was a real blow not only to the party itself, but also to that 48%’s hope of opposing the government’s hard Brexit.

In his swan-song speech as MP for Sheffield-Hallam, Clegg called for MPs across party lines to consider their priorities when it comes to Brexit, to prevent ‘unprecedented hardship and difficulty in the years ahead.’ It is not surprising then, to see this heavy-weight of Liberal Democrat politics take up the beacon once more.

In his book, How to Stop Brexit, Nick Clegg presents a rational and informed view on the issue.

It would be neither easy, nor desirable, for Clegg to entirely separate his career from his writing of this book, but upon starting to read, one wonders whether the journalist and Cambridge scholar in Clegg have been awakened.

His book offers insight into a significant political issue from a man now relatively free from the constraints of preoccupation with winning an election. Namely, Clegg is able to explore the arguments against his own position and concede that there are problems with the EU that will not disappear overnight. However, he presents a robust case in favour of abandoning Brexit and, although he keeps his promise of not aiming his book at an expert audience, he does manage to pack it with information and concrete examples that support his argument.

“He presents a robust case in favour of abandoning Brexit”

Clegg demonstrates that Project Fear is in fact Project Reality, and that this was clearly predictable. In light of this, he explains precisely why Remain, with all the facts, figures, better arguments and experts on-side, underperformed against a small, self-serving elite in the media. The key being: Preparation.

If this book is to succeed in changing hearts and minds, it will succeed because Clegg achieved something that the Remain campaign failed to do. During the campaign, Brexiteers managed a de facto monopoly on patriotism and true Britishness. Yet Clegg goes quite a significant distance to reclaiming this lost territory.

Whether he successfully emulates it or not, Clegg well describes many sources of British national pride and demonstrates that the Remain camp is not populated with sell-outs or Anglophobes, but rather, those who love the UK, but are cautious not to let ‘our pride topple us into a false sense of superiority’ and acknowledge that it ‘does not serve as a realistic roadmap for our future.’

“The Remain camp is not populated with sell-outs or Anglophobes“

In his deconstruction of the Brexiteers rhetoric, Clegg excellently undermines the notion that this event, which promises to be a social and economic catastrophe, is by any reasonable measure the will of the people, or great liberation for the economically downtrodden.

He also presents a compelling case that Britain’s sovereignty is damaged by our inability to influence EU rules by which we will have to abide to some degree, irrespective of Brexit. In his grim assessment of the impact of Brexit, Clegg demonstrates that stopping this shambles is precisely the most patriotic thing to do, and that there’s every chance that the majority of the electorate agree.

Although a certain amount of unusual honesty may be to Clegg’s detriment in his political career, he did not lead the Liberal Democrats to unprecedented success and become deputy Prime Minister by being a politician second. Whilst this book functions very much as a commentary on Brexit, it also acts as something quite different.

After Clegg ‘the journalist’ has presented his case, Clegg ‘the campaigner’ steps up in quite an unusual fashion. His plea to encourage people across the political spectrum to engage with their parties and social groups has the feel of something out of one of his campaign posters. Essentially, there can be few objective readers of this piece; if one is convinced by Clegg, one must either act or feel a sense of shame for not doing so. It is fantastically brave, though the efficacy is yet to be determined.

Clegg levels some heavy criticism against the government and the opposition, and is particularly scathing about Theresa May’s insistence that, ‘The people have spoken.’ Although a keen Europhile, Clegg demonstrates sufficient presence of mind to realise that one cannot ‘ignore more than sixteen million voters’ in a referendum that had a greater turn-out than any recent general election.

To avoid this pitfall, Clegg proposes a series of reforms he believes could work for everyone; perhaps save those looking to massively deregulate the UK. Clegg, a long-term proponent of a Europe of Concentric Circles, doesn’t miss the opportunity to offer the UK sitting as a full, yet distant member of the EU as a solution.

Well-structured and witty, this book will certainly have an impact on its target readership. It may not make an impact on those with a myopic view of Britain, who believe it is better to operate alone than to cooperate as part of an international community. It will not change the minds of those who want a malformed notion of sovereignty at any cost. But for those stuck in the middle, more preoccupied with keeping our economy strong, providing for our families, and ensuring that the UK remains a prosperous place to live and work for years to come, it may offer some guidance.

“Well-structured and witty, this book will certainly have an impact on its target readership”

For those who resent Brexit but believe it is too late, or are utterly undecided, it will elicit a response. Whether Clegg is able to effect real political change remains to be seen, but he will change people’s minds and that is no small part of making Britain great again. 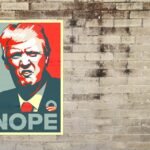 Battle of Wits: How We Can Ensure Donald Trump Doesn’t Win a Second Term