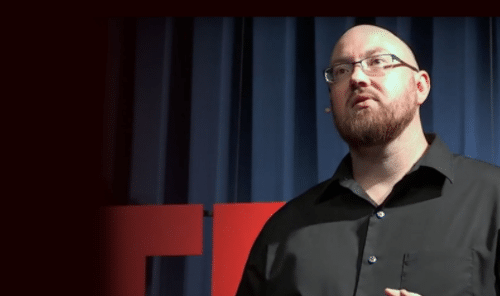 Dr. Caleb W. Lack is a licensed clinical psychologist and the Director of the Secular Therapist Project. Here, he discusses these topics with Scott.

Dr. Caleb W. Lack, Ph.D. is a licensed clinical psychologist, an Associate Professor of Psychology at the University of Central Oklahoma, and the Director of the Secular Therapist Project. Dr. Lack is the author or editor of six books (most recently Critical Thinking, Science, & Pseudoscience: Why We Can’t Trust Our Brains with Jacques Rousseau) and more than 45 scientific publications on obsessive-compulsive disorder, Tourette’s Syndrome and tics, technology’s use in therapy, and more. He writes the popular Great Plains Skeptic column on skepticink.com and regularly presents nationally and internationally for professionals and the public. Learn more about him here.

Scott Douglas Jacobsen: What separates clinical psychology from other domains of psychology?

Dr. Caleb W. Lack: Clinical psychology is one of the most applied sub-fields in psychology, as both research and the practice in this area are focused on understanding, preventing, assessing, and treating psychological distress and impairment. For most clinical psychologists, this means working with people who have cognitive, behavioural, or emotional difficulties, but in further specialities like behavioural medicine or paediatric psychology, it may mean working on one’s behaviour or thoughts to help decrease a chronic or acute physical health problem.

Jacobsen: What common terms can readers expect to encounter here? What defines them, with examples, please?

Lack: Two major terms that I will often use are evidence-based psychology (EBP) and cognitive-behaviour therapy (CBT). EBP refers to therapies and assessment methods that have a solid grounding in scientific research which has controlled for both placebo effects and regression to the mean. This means therapies that have had multiple clinical trials published in legitimate, peer-reviewed journals. Such trials will optimally be randomised, placebo controlled, double-blinded trials, which are the gold standard for treatment outcome studies. Therapies which have lower levels of evidence (single-blinded, wait-list controlled, small N designs, and so on) must have a sufficient amount of studies to be considered EBP. Anecdotes and the number of people who use a particular therapy do not matter, just the evidence showing it actually works.

CBT refers to a wide collection of therapies that focus on changing the way that we think or act in order to change our emotional state. Depending on what a person is struggling with, a therapist using CBT may focus more on thoughts by using techniques such as cognitive restricting or on behaviour using techniques such as exposure with response prevention. Most CBTers, though, will work on both cognitions and actions, as well as incorporating relaxation or mindfulness techniques. CBT is distinct from other types of therapy in several ways, most notably, in that it tends to be briefer and time-limited, as well as highly structured and directive. While the therapeutic relationship is seen as necessary for making change, it is only a starting point and not the focus of therapy. There are many distinct types of therapy that fall under the umbrella of CBT, including parent-child interaction therapy (PCIT), dialectical behaviour therapy (DBT), parent management training (PMT), and many others that are developed for specific problems such as depression, OCD, anorexia, and more.

Jacobsen: Who seem like some of the foundational names and associated theories in the field?

Lack: That depends on your theoretical orientation! As a psychological scientist and cognitive-behavioural therapist, my big list focuses on those who have contributed to a scientifically informed, evidence-based view of human behaviour and the treatment of disruptions to our functioning. Historically, Lightner Witmer is regarded as the father of clinical psychology, as he coined the term and opened the world’s first psychological clinic in 1896, following that up by founding the first journal of clinical psychology. Other major figures in the early part of the field were those who were first laying out the laws of behaviourism, such as Ivan Pavlov, John B. Watson, and E.L. Thorndike. In the middle part of the 20th century, researchers like B.F. Skinner had their experimental work turned into clinical applications by people like Joseph Wolpe and Ole Ivar Lovaas who rejected the pseudoscientific underpinnings of most people doing therapy, which were based on psychoanalytic or psychodynamic views of human nature. In the 1960s, pioneers such as Albert Ellis and Aaron Beck began incorporating new work on social cognition into working with mental health problems, setting the stage for a unified cognitive-behavioural therapy movement that has steadily built increasingly effective therapies for most major mental health issues over the past 50 years. Over the past 30 years especially, clinical scientists such as Judith Beck, Alan Kazdin, Marsha Linehan, Scott Lilienfeld, David Barlow, Edna Foa, Phillip Kendall and many others have massively improved our understanding of origins and treatment for mental health problems.

Jacobsen: When patients come to secular therapy, what is the respectful, constructive attitude therapists take in working with the patients to help them build the tools to overcome their problems?

Lack: The best advice that I can give anyone when choosing a mental health professional is to see someone who practices evidence-based psychology. Stated simply, EBP is a guiding principle that means a therapist, whether that person is a psychologist, counsellor, social worker, or psychiatrist, is guided in the treatment and assessment methods they use by the current best practices as defined by scientific evidence. Unfortunately, many therapists have not been trained in these methods and instead, rely on intuition; what they think has worked well, or what they were trained in, regardless of the evidence or lack thereof for its effectiveness. Asking a potential therapist what their primary therapeutic orientation is, and how they know the type of therapy they do works, are great ways to find out if a therapist uses EBP.

The second piece of advice is that you need to be sure that your therapist does not attempt to push their own personal value system onto you. While this is both an unethical and inappropriate thing to do, from my own experience with clients, I can tell you that a large number of them report this happening (and it was a major impetus behind the creation of the Secular Therapy Project). While this does not mean that you need to find a therapist with your exact religious, political, ethnic, and cultural background, it does mean that your therapist needs to respect what your beliefs and values are and recognise that their job as a therapist is not to convert you. If you find yourself in a situation where this is occurring, I would recommend giving the therapist a warning that you are becoming offended by their actions. If they continue to push their own agenda at the expense of your mental health, a report to their licensing board would be appropriate.

Russia-phobia: We Are Not Scared Enough 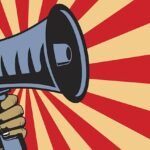