In the past decade, we have seen a change in intersectional feminist discourses around obesity and the rise of ‘fatness’ as a marginalised identity.

Female obesity is an issue feminists have been addressing for decades. In Fat is a Feminist Issue, published in 1978, Susie Orbach argued that compulsive over-eating in women should be recognised as a societal failing rather than a personal one. She suggested that it reflected a rebellion against expectations of attractiveness and independence from that norm as well as being a source of comfort for women struggling with their roles in society. This attitude towards fatness, whether we agree with Orbach’s diagnosis of its cause or not, necessarily recognises obesity as the symptom of a problem.

In the thirty years following this influential book, feminists and non-feminists continued to criticise evaluations of women by their body size and shape and asserted that women’s rights be judged by their achievements and abilities. They were right to do so and doing so does not require us to pretend that obesity is not a serious health problem. It simply renders it no business of anyone’s but the woman’s, her doctor, and any people she has granted the right to raise personal issues with.

In the past decade, however, we have seen a change in intersectional feminist discourses around obesity and the rise of ‘fatness’ as a marginalised identity. The term ‘fatphobia’ has been coined, ‘fat-shaming’ is frequently identified and condemned, and there are even journals and courses for ‘fat studies’ and  ‘fat activists’ who say things like:

If people want to work out and eat only salad, go for it. Do what makes you feel good. The problem comes when people are posting “before and after” images, which inherently champions being smaller as better. If that’s how you feel, fine, but do not call yourself body-positive. In order to be body-positive, you have to acknowledge that people truly deserve respect and autonomy over their bodies without judgement. Fat people aren’t “before” photos. We need to stop centring conversations about body-positivity around health in general.

This is not only judgemental of people trying to be positive about their bodies by maintaining them at a healthy weight and exercising them, but positively dangerous.

Although some fat activists will argue that obesity can be perfectly healthy and present very fit obese women with healthy blood-pressure, cholesterol and glucose levels, and a normal resting pulse as evidence, the medical consensus is that obesity is unhealthy and linked to several serious and life-threatening conditions. The NHS tells us  ‘Obesity reduces life expectancy by an average of 3 to 10 years, depending on how severe it is. It’s estimated that obesity and being overweight contribute to at least 1 in every 13 deaths in Europe.’  It lists serious health-conditions related to obesity as: 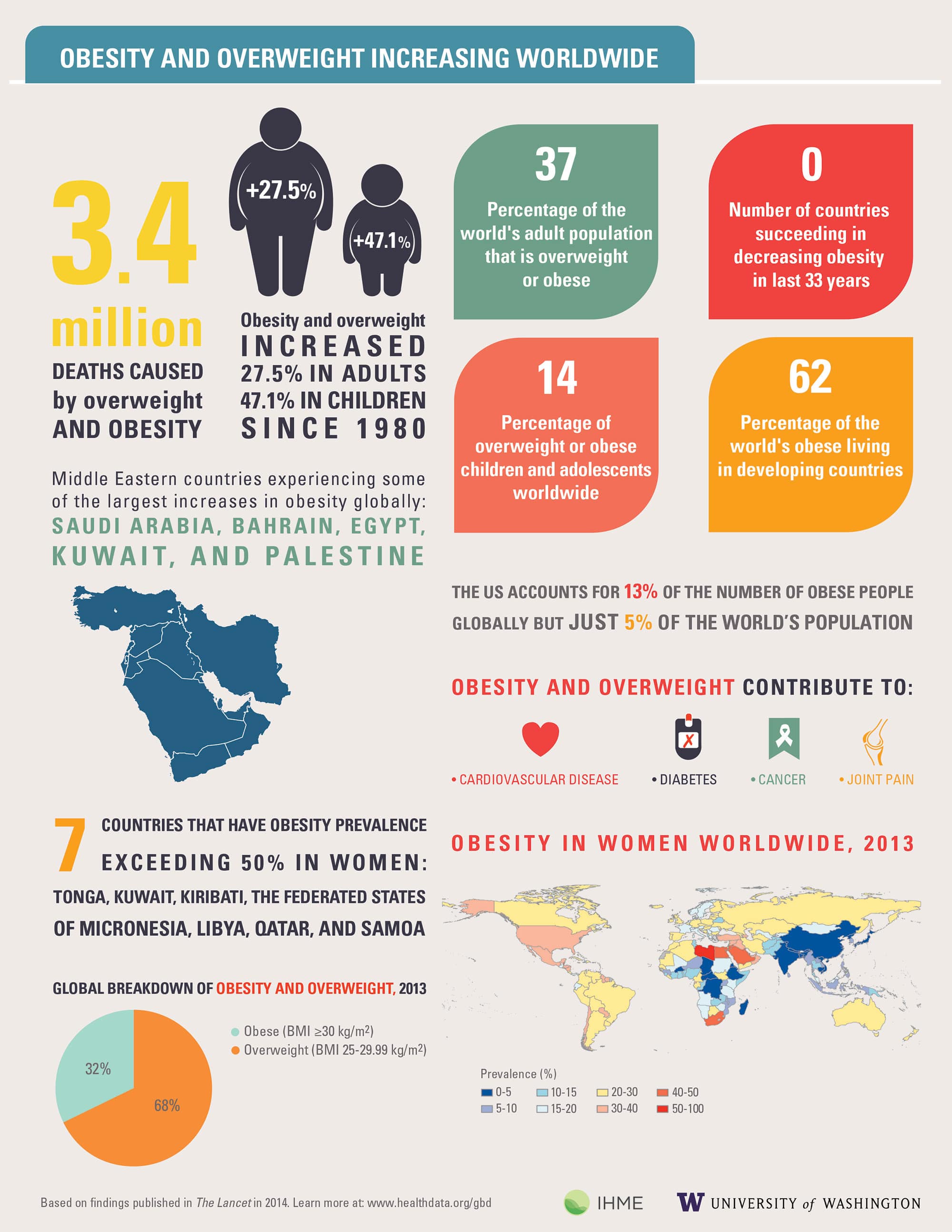 These are clearly serious health-problems and even where there is genuine disagreement about how overweight someone needs to be to endanger their health and the extent to which an individual can mitigate the effects of obesity by being very active and eating healthily (if too much), obesity is not something that should be valorised.

In the past, I have been accused of speaking out of turn for saying that we should not be accepting of obesity as a norm. I have been told that, as a naturally slim person, I was merely being self-righteous and judgemental and that if I were fat, I would understand that fatness can be natural, beautiful and healthy.  However, when I returned to address the issue as a fat person after doubling my weight during an illness that left me with limited mobility and needing to take centrally-acting medication which made me permanently ravenous, I found that my fatness granted me no right to speak on the issue at all. Instead, I have been informed that I do not merit a fat identity and am, in fact, a fake fat person because I regard my weight gain as part of a medical problem and intend to lose it all again and am, in fact, doing so and celebrating it.

I am told that my own experience of becoming easily tired and breathless, having difficulty getting up off the floor, being unable to ride a bike or run, suffering knee and hip pain if I walk too far, being more prone to chest infections, not to mention developing polycystic ovary syndrome and prediabetes as a result of weight gain, should be kept to myself if I want to be body-positive. Thanks, but I will feel much more positive about my body when it works properly again. My experiences of obesity have been rebuffed angrily with ‘Your experience isn’t everybody’s!’ This is a marked departure from the usual SocJus attitude in which we are to take the worst experiences as representative.  In this case, we are to take the best experiences as representative to support the body-positivity narrative, no matter the cost.

I find the claim that there could be such a thing as a ‘fat identity’ as troubling as the idea of an identity based around treatable mental illness. It seems thoroughly psychologically harmful to take on a problem as an identity even if it is a problem that is very difficult or impossible to fully overcome. To define oneself by depression or OCD or obesity is to resign oneself to it and allow it to detract from every other more positive aspect of an individual. If mental illness or obesity becomes one’s identity, there is no motivation to overcome or improve either. An identity is something we become attached to and feel lost without and when it’s obesity, this can be fatal.

As usual, the debate around this becomes polarised with the most extreme voices getting most attention. We see people claiming that it is prejudice, hate speech and ‘fatshaming’ to even suggest that obesity is undesirable in a neutral context, and others claiming that hurling personal abuse at overweight people provides a public service. Most of us fall in neither camp, but some can still be deterred from discussing obesity even with friends they care about from fear of seeming prejudiced or damaging their self-esteem. Alternatively, some have become so sick of the ridiculous excesses of identity politics that they justify or overlook personal abuse of overweight people when their better nature knows this to be unkind and unhelpful.

Those of us who consider ourselves to be ethical, reasonable and compassionate individuals should approach the issue of obesity with kindness and respect but also with reason and science; in this case the consensus of the medical profession.

We should be guided by the consensus that obesity is unhealthy and a major cause of early death and serious life-limiting illness, and resist any attempts to normalise or glorify obesity. Whilst concerns about the fashion industry using models who are dangerously underweight are justified for the same reasons that glorifying obesity is, there is no justifications for protesting the employment of models with a healthy BMI. Attempts to equate thinness with white supremacy or argue health to be a social construct are, frankly, ludicrous. Instead, we can promote health and fitness by posting helpful articles from reputable sources on social media without targeting any individuals.

In dealings with strangers and acquaintances:

Mind your own business. There is almost never any reason to refer to a stranger’s or casual acquaintance’s weight. Studies have shown that genuine fat-shaming – unkind comments about an individual’s weight – actually makes people’s health worse. The exception to this rule is they have lost weight and either tell you this or you see them often enough to notice. Then you have the opportunity to congratulate or compliment them. If you feel wary about complimenting someone’s weight loss, it is usually safe to say, “You look great/really well!” I have been updating Twitter about my weight loss and every time 20 people who have never met me congratulate me warmly and I find this a real boost to my will-power.

In dealings with friends and loved ones:

Raise the issue of their weight if necessary and do so kindly and show it to be motivated by your love for them. You might well receive a defensive reaction and, if you know you will, you could find ways to reduce this; perhaps say that you are intending to eat more healthily and get more exercise and encourage them to join you. It is worth taking the risk if the person you care for is ignoring a life-threatening problem. Perhaps they are depressed or unhappy and you can encourage them to get help for this or support them through the problem leading them to overeat. This is better than regretting saying nothing when it is too late.

In dealing with yourself:

Be honest with yourself and confront the problem if you are obese. Do not be tempted to ignore the problem or seek out confirmation that all bodies can be beautiful and healthy to deny the problem. You probably know you are uncomfortable and limited by your weight and there is a medical consensus that you are putting yourself at risk of heart disease, diabetes and several forms of cancer.  You probably have difficulty in buying clothes that look good and so don’t feel as confident as you could. Resist, too, the opposite temptation to retreat into self-loathing and despair. You are not a terrible, lazy, undisciplined person. You are (probably) a wonderful person who has neglected one aspect of your health. Unlike most health problems, this one is within your control and overcoming it can be surprisingly fun. Start today and every week, you will feel better and look better. Set yourself tiny goals and lots of them and tick them off. Weight loss goals by 5lbs at a time. Waist measurement goals by an inch at a time. Clothes you nearly fit into. Distances you can walk/run. Sit ups you can do. Have your friends keep you accountable. Diet and exercise with a friend and encourage each other or find an online group. Connect with me! If you have a lot of weight to lose, it can feel hopeless because it will take so long to reach your final goal but it only takes a week to feel more energetic and slimmer. Imagine if you’d started six months ago? Now imagine where you’ll be in six months. You can do this. You know you want to. 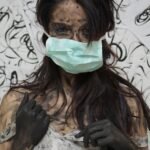 The Butlerian Jihad – For a New Left A Dangerous Neo-Nazi Movement in Sweden Wants its Relevance Back