As we tackle the predators of today, we should never forget the predators of the past. Depicted is Jimmy Saville, who conned everyone from the NHS to parents in order to access children. This art created especially for us by Stella Perrett.
Monday, May 25, 2020 | Written by Dr Em | 8 Comments

How the tactics of predators and manipulators, forced teaming, gaslighting, boundary violations and ignoring ‘no’, are used in the course of pushing ‘trans rights’.

Why are ideologies antithetical to each other being presented as natural allies? Feminism argues that gender is a mechanism of a system of oppression, that gender consists of socially constructed sexist stereotypes which are then used to exploit women. The notion that because one is female one naturally wants to care and clean, one by nature of one’s female sex is submissive, polite. LGB rights rests on the idea that same-sex attraction is real and normal and should be afforded the same rights and respect as heterosexuality. Transgenderism/transsexualism, in contrast, claims gender – women’s oppression and sexist stereotypes – are innate, or sometimes that the body has to be altered to conform because of oppression discomfort disorder. Gender dysphoria claims that the person is wrong, not the cultural sexism, exploitation or oppression. It avows ‘change the person, not the system’!

Alongside this, as the idea of human sex change has been successfully challenged and is not widely accepted, transgenderism/transsexualism began denying the reality of binary sex and its importance, which thus denies the reality of same sex attraction. Same-sex attraction is being manhandled into ‘same-gender attraction’. If lesbians can have penises, sexuality becomes an attraction to sexist stereotypes, mannerisms and fashion choices. Neither feminism nor LGB rights are comfortable bed fellows with the men’s rights activism which emerged in the late sixties and early seventies in the form of transgenderism/transsexualism. This deliberate coupling of opposing ideologies is an example of wide-scale forced teaming.

Forced teaming is a term employed by those who work on abuse, grooming and predation. It was originally coined by Gavin De Becker in his work The Gift of Fear and is also used as a concept regarding criminal activity such as con-artists and romantic scamming. The predator will create the idea that there is a shared goal, or an attitude of we are all in this together, we are allies, in order to disarm, gain trust and manipulate his target. The social contract that most people have been educated or raised in – that we should try not to offend others, be polite, be accommodating – makes forced teaming incredibly difficult to resist. In general, we don’t want to be rude and say ‘actually, your problems or goals are different to mine and so no, we should not work together’ or ‘no, I don’t feel comfortable with this’. The shared goal can be, on an individual level, as small as a man helping carry shopping to a woman’s apartment in order to gain access and rape her. Forced teaming confuses our intuition and disarms us to threat. Jennifer Lombardo wrote in Abusive Relationships and Domestic Violence ‘people use words such as “we” and “us” to trick others into thinking they are part of a team’ when they aren’t.[efn_note]J. Lombardo, Abusive Relationships and Domestic Violence (Greenhaven Publishing, 2018)[/efn_note] It builds trust when none should be there.Forced teaming, when applied to movements, can be as large as many men claiming feminism should work towards their goals not women’s, or that the LGB should work towards heterosexual entitlement.

Forced teaming is behind the dictate of inclusiveness. It is by this way that manipulative males gain access and can control and change the goals of movements. It is how individual males have entered formerly women’s groups and formerly LGB pressure groups and can both watch what is being said and direct the narrative.

The oppressed can’t form a critique and challenge when the oppressor is sat at the writing table looking over her shoulder. The presence of the oppressor also guts the arguments that are made – it makes them situational rather than absolute, ‘but this one is nice’, ‘sometimes people are born wrong’, ‘he calls himself a lesbian but really knows he isn’t, just be polite’. It opens the door for bargaining women’s rights and boundaries, for negotiating the reality of same-sex attraction. Predators use forced teaming to recruit co-conspirators to fight their battles and do their bidding.

Individual women within a movement can be targeted by manipulative men as a way in, and then as a justification for their continued presence. This is usually done through isolation tactics so that the message can be tailored to the individual – they are told what they want to hear – and a false sense of the manipulator confiding in the target is created, the victim is now ‘special’ and a ‘friendship’ has been made. No one wants to contradict or question their friends, right? If the manipulated individual questions whether they and the predator really have shared needs and wants they will then struggle to distance themselves from the manipulator through either feelings of guilt or embarrassment. They now share in the abuser’s actions.

The movement and individuals are then used to deflect criticism in another way. The manipulator will, when faced with criticism, suddenly praise individuals or groups in an attempt to further tether themselves to them or hide behind them. It is hard for people to say ‘please don’t give me compliments’, making the tactic so successful. It is important to be aware of patterns of behaviour: the groomer will make you feel like you are different, the pattern shows that you are not.

Alongside this, boundary violation is key. The first boundary being the definition of woman, then female, the next boundary is one’s sense of self, then physical spaces and resources are violated. We see boundary violation on the micro level – what trans widows experience, the young men taking nude selfies in women’s shelters – and on the macro level – the males in women’s parties, claiming to be female politicians, males claiming to be included in the definition of the female sex.

De Becker asserted that if someone ignores the word ‘no’ it is the most universally significant signal that you should not trust this person. Males have asked again and again to be included in the definition of female, again and again they will not hear women’s ‘no’, they have used our single sex spaces after repeated ‘no’ from different women. Males are telling the LGB community that same-sex attraction is bigoted, they are refusing to hear the ‘no’ in response. To ignore one ‘no’ is a red flag, to ignore many is a siren and the idea that it takes more than one ‘no’ to understand is manipulation.

Jessica Orwig has reported on this in a business/criminal setting that ‘declining to hear ‘no’ is a signal that someone is either seeking control or refusing to relinquish it,’ De Becker writes later adding that, ‘If you let someone talk you out of the word ‘no’, you might as well wear a sign that reads, ‘You are in charge.”[efn_note]J. Orwig, ‘One of the world’s foremost experts on crime reveals 7 tell-tale signs when someone is trying to con you’, Business Insider (14 March 2016)[/efn_note] This is something we are witnessing amongst women and lesbians and homosexuals, they are allowing trans-identified males to talk them out of ‘no’, to talk them round. No is a complete sentence, say it firmly.

The Sexual Harassment and Prevention in College advice developed by the consultant to the Peace Corps, Nancy Newport, in an attempt to keep young female students studying abroad safe from male violence, is worth considering on both an individual level and movement wide. She outlines that ‘we all want to be culturally sensitive, to get along, to be respectful, to fit in, to not offend’ but  ‘it is very important that the cultural sensitivity training provided never requires that you submit to behaviours that invade your personal boundaries and that feel unsafe or even uncomfortable to you’.[efn_note]https://www.westmont.edu/_offices/ocp/documents/SexualHarassmentAndPreventionInCollegeStudentsStudyingAbroad.pdf[/efn_note] This should be applied to relaxing boundaries and softening our analysis or speech to be sensitive to male wants, to be culturally sensitive to the transgenderist/transsexual. Newport was clear that ‘if it feels inappropriate or makes you uneasy, get yourself out of the situation. Never sacrifice yourself or your sense of safety for the sake of cultural sensitivity’.[efn_note]https://www.westmont.edu/_offices/ocp/documents/SexualHarassmentAndPreventionInCollegeStudentsStudyingAbroad.pdf[/efn_note] With regards to personal boundaries, she described how these are not just physical but also emotional, and I would argue, philosophical. These boundaries work ‘to preserve our physical and emotional integrity’ and when someone violates them or ‘gets “too close”, an alarm sounds inside. We need to listen for, respect, and respond to that alarm’.[efn_note]https://www.westmont.edu/_offices/ocp/documents/SexualHarassmentAndPreventionInCollegeStudentsStudyingAbroad.pdf[/efn_note] I am hearing alarm bells with males in feminism and feminist analysis, with those inside the LGB who deny the reality of same-sex attraction. Newport finishes with De Becker’s framework of the seven ways that predators manipulate people. The tactics are:

We should all keep these tactics in mind and listen to our intuition. 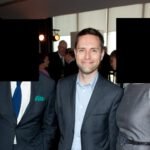 The Saga of Paul Blanchard and the Abuse of Madelaine Hanson 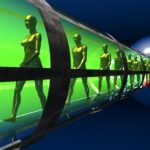 Revising the Definition of Conformism – When Uncertainty Meets Normalcy