May was right, Brexit needs a strong mandate to be carried through. This minority government lacks that legitimacy, and we need another general election.

The June 2017 Election was the hastily called general election everyone lost: the Conservatives lost their majority, Labour lost a little better than they did in 2010, the SNP fell back in Scotland and the Liberal Democrats tred water but made little breakthrough. Now we are left with a Conservative minority government that is apparently propped up by the DUP – a claim that is even now being challenged, and with a Prime Minister who has received the opposite of a mandate from the people. The Conservatives may have won the election, but Theresa May has certainly lost it. After the spectacular back-firing of her gamble, she is now little more than a caretaker leader. The question is not if she will go, but when. At a time when the Brexit negotiations are just about to start and Britain more than ever needs strong government, this election has given it one of the weakest. In the national interest, to rectify the mess Westminster now finds itself in, 2017 must become the year of two elections.

Nevertheless, the Prime Minister was right to call this election. She was right that with the turmoil of Brexit and the upcoming negotiations with Brussels, Britain needs a strong and stable government to steer it through the difficult times ahead. That argument does have its merits, and is based on the undeniable truth that the Brexit negotiations are too important to treat cavalierly. A strong government is what Britain needs, but because this election did not deliver what is needed, there must soon be another. Voters may be tired, turnout may drop, but Britain definitely needs another General Election this year.

In February 1974 Edward Heath called and lost a snap election. In the resulting hung parliament, Harold Wilson’s Labour beat the Conservatives by four seats and, after several frantic days trying to cobble together a deal with the Liberals and the Ulster Unionists, Heath resigned. Wilson re-entered Downing Street after a four-year absence following his own snap election humiliation, but as a minority government the situation was precarious. In September, Wilson announced another general election to be held the following month and, in October, Labour managed to just scrape to victory with an overall majority of three. The Conservatives should follow Wilson’s example and Britain should once again head to the polls later this year.

The outcome of an October 2017 general election is by no means certain. Jeremy Corbyn should no longer be under-estimated, but it is also quite possible that the Corbyn surge has reached the ceiling of its success. Labour ran a good campaign and Corbyn is a veteran campaigner, but Theresa May put on a lacklustre performance at the head of a shambolic campaign devoid of any enthusiasm and lacking all warmth. If the Conservatives, as has been shown, are still capable of being returned as the largest party with 42% of the popular vote with the robotic May at the helm, how would Labour fare against a new leader possessing even an ounce of charisma? Can Corbyn’s Labour ever realistically hope to oust them from Downing Street?  Should an October election be called, the likelihood that voters will return a Conservative majority victory is certainly high, but if he can, Corbyn will have the opportunity to surprise us all over again.

Untangling ourselves from the European Union and forging a new relationship with our partners in Europe and across the globe is a task of supreme importance and difficulty. Getting it right is essential for our future prosperity and there will be hard choices. Now is not the time for a minority government but that is what 8th June has given us. That is why another election must soon be called. Britain must have a government with a clear mandate, now more than ever. Brexit talks must be put on hold, Mrs May should step aside and a new Conservative leader be chosen. Then the British people should once again be given the chance to choose whom they wish to govern them. Theresa May has been rejected, that is clear, but Jeremy Corbyn has not been endorsed. To break that deadlock, and for the good of the country at this crucial time, there must be another General Election in 2017. 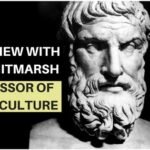