We have to let go of an illusion – that there is some bright line between men who rape and men who don’t rape, between the bad guys and the good guys.

I am not as abusive as Harvey Weinstein, nor as narcissistic as Bill O’Reilly. I’m more respectful to women than Donald Trump, and not as sleazy as Anthony Weiner.

Judged by the standards set by these public reprobates, most of the rest of us men appear almost saintly, and therein lies a danger. The public disclosure of these men’s behaviour, from the routinely offensive to the occasionally criminal, is a good thing, and all those who have been harassed and raped should continue to speak out.

But we should not let the most egregious cases derail the analysis of how a wide range of men’s intrusive and abusive sexual behaviours against women (as well as against girls, boys, and vulnerable men) are so woven into the everyday fabric of life in a patriarchal society that the intrusion and abuse is often invisible to men.

Pause for the required disclaimer: Not all men are rapists. To acknowledge that sexuality in a culture of institutionalised male dominance (a useful shorthand definition of patriarchy) takes place within a larger framework of male domination/female subordination is not to accuse all men of rape.

Another required disclaimer: Not all sex in patriarchy is rape. To take seriously a feminist critique of patriarchy and men’s violence is not to suggest that intimate relationships can never reflect mutuality and equality. But we shouldn’t ignore how we men are trained to understand ourselves and to view women. In a society in which masculinity is routinely understood as the ability to dominate (think about how the phrase “be a man” is usually a challenge to assert control) and in which sexuality is defined as the pleasure that men obtain from women (think about what men mean by the question “did you get any?”), we might want to do more than denounce the behaviour of the most abusive men and ask about how all boys and men are socialised into that masculinity and sexuality.

So, not all men are rapists. Not all sex is rape. The majority of men do not rape. Many couples have loving sexual relationships. But consider these other categories:

I shouldn’t need to repeat myself, but just in case: These men are not rapists. But should we take comfort in the fact that the men in these categories are not, in legal terms, guilty of rape? Are we advancing the cause of ending men’s violence against women by focusing only on the acts legally defined as rape?

We have to let go of a comforting illusion – that there is some bright line between men who rape and men who don’t rape, between the bad guys and the good guys. That doesn’t mean all guys are bad, or that we can’t distinguish between levels of bad behaviour. It means that if we want to end men’s violence against women, we have to acknowledge the effects of patriarchal socialisation, and such critical self-reflection is rarely a pleasant task, individually or collectively. But just as important as the consequences for individuals, the cascading stories of routine abuse should lead both conservatives and progressives to embrace a radical feminist analysis of men’s violence against women and a critique of the sexual-exploitation industries (prostitution, pornography, stripping).

Does the culture avoid radical feminist critiques of this violence and exploitation out of fear of where such critical self-reflection leads – the recognition that the routine nature of sexual assault and harassment is a product of our culture’s taken-for-granted assumptions about the sex/gender system and patriarchal sexuality?

If we decide not to talk about patriarchy because it’s too challenging, then let’s stop pretending we are going to stop sexual violence and harassment, and recognise that, at best, all we can do is manage the problem. If we can’t talk about patriarchy, if we can’t face the myriad ways that we men are socialised to seek domination in sexuality and everyday life, then let’s admit that we are giving up on the goal of a world without rape and harassment.

Robert Jensen is a professor in the School of Journalism at the University of Texas at Austin and the author of The End of Patriarchy: Radical Feminism for Men, and Plain Radical: Living, Loving, and Learning to Leave the Planet Gracefully. He can be reached at rjensen@austin.utexas.edu or through his website, http://robertwjensen.org/. To join his email list, go to http://www.thirdcoastactivist.org/jensenupdates-info.html. 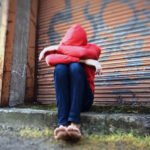 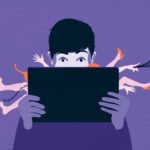