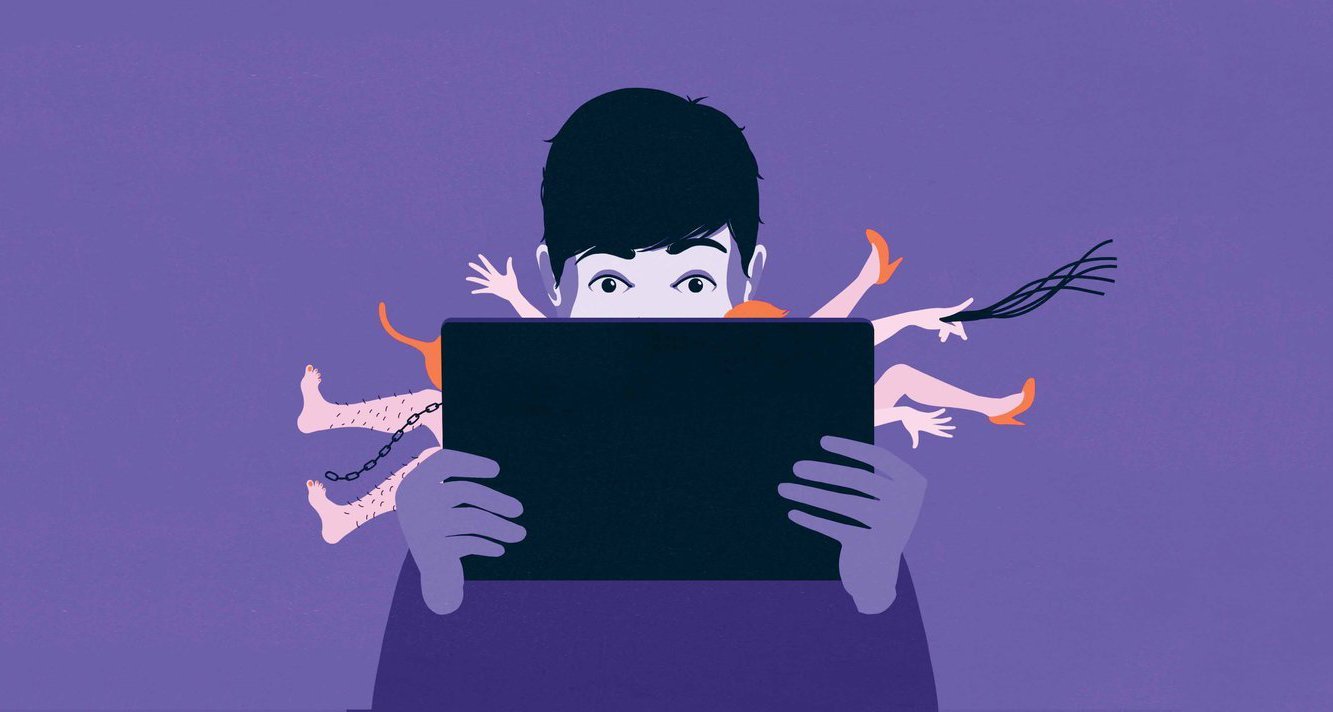 Let us ignore cries of witch hunt, rebuff personal shame and take on those who justify the violence in pornography with reference to biology. Let us collectively, publicly, roar ‘no more’.

I recently interviewed a medical doctor about his use of pornography. Let’s call the interviewee Richard. Richard told me he finds the sight of multiple women’s naked bodies visually compelling. Internet pornography, he assured me, is the perfect modern-day solution to Civilised Man’s moral dilemma. It allows him to cede his evolutionary heritage whilst enabling him to live according to society’s rules. In Richard’s belief, the bespectacled micro-biologist peering down his microscope all day is no less biologically determined by testosterone and the Y chromosome than Primitive Man rapaciously roaming the savannas of Europe. This is why pornography is so neat he declared: ‘It allows Civilised Man to exercise control of his base impulses by channelling them into harmless fantasy.’

Richard expressed certain attitudes which, to my knowledge, he had never previously given voice, perhaps even to himself. I asked why, if pornography is so personally and socially efficacious, he had kept his consumption secret from all his lovers and partners. He replied that watching pornography is like defecating – Civilised Man, like Primitive Man, must respond to the call of nature, but he must do so discretely and in private. Consuming pornography does not mean infidelity to his wife, Richard assured himself, nor does it impede his respectful treatment of women in ‘real life’, as his adult daughters, friends and colleagues should surely testify.

Now you may feel sympathy for Richard’s rationale, if not in all its particularities, then certainly in its broad sweep. Scratch the surface of his explanation and we see that the anthropological basis for his claims are integral to popular culture’s ‘group think’.  Online medical advice about men’s sexual health tells men there is an ‘evolutionary link’ that explains their pornography use. Men’s brains are ‘hardwired for easy arousal, so that men are ready for sex whenever opportunity knocks – a propagation-of-the-species thing.’ Women are encouraged to understand it is natural for their menfolk to watch pornography so ‘there is no need to worry’.

A Women’s Health Magazine tells an identical story. Its male columnist tells women men are biologically programmed to be ‘aroused by visual stimulation’, and since men in the bedroom put in the graft of giving women orgasms (if only!), pornography allows them a little selfish space or ‘me-time’.  Men seek their partners’ pleasure — ‘reading women’s body language, making sure they do not peak too early, and holding in any non-sexy bodily functions’. Pornography is men’s ‘guilty pleasure that’s as brainless as watching a sitcom (but, you know, with nudity)’. Women should understand that ‘porn is a supplement to sex with them, not a replacement’.

Whenever a ‘nice guy’ – for example a father, husband, and doctor – masturbates to pornography, is he driven by biology or patriarchy? Informing the naturalist story is a familiar narrative, extrapolated from Darwin’s theory of evolution. Ancestral men were risk takers with a biological predisposition to promiscuity and to inseminate multiple partners; ancestral women played a safer psychological game and focused on monogamy, home-building and tending their offspring. The combination of evolved male and female traits, so the narrative goes, has ensured human evolutionary success.

Steven Pinker, a left-leaning, cognitive psychologist, and self-declared feminist supporter, is a respected purveyor of evolutionary doctrine. He is keen to assert that the consequences of evolution, such as men’s aggression and women’s emotional intelligence, should not dictate how social relations ought to be organised. No, no, no. In 21st century liberal democracy and the principles of sex-equality, no-one should condone, support or proscribe men’s predatory behaviour. Nevertheless, Pinker advises, logical, dispassionate thinking such as his should compel us to recognise the evolutionary basis of some behaviours. Feminists like me can rail against the patriarchy till we’re blue in the face, but the fundamental facts of evolution are the inevitable cascade of consequences on the brains and behaviour of modern-day humans. How could it be sexist to merely report the objective conclusions of science?

But is this evolutionary theory the product of science? Cordelia Fine, professor of the history and philosophy of science, thinks not. She takes evolutionary psychologists and biologists, as well as neuroscientists, to task for a fundamental deficit in rational thinking and dispassion that might make Darwin turn in his grave. Scientists elide sex with gender and essentialise gender as a ‘natural kind’ (i.e. biological, fixed, discrete, and invariant across time and place). In doing so, they get evolution ‘wrong, wrong and wrong again’. She coins the term Testosterone Rex to encapsulate the myth that weaves together claims about evolution, brains, hormones, chromosomes, and gendered behaviour. Testosterone Rex offers a persuasive account of society’s persistent, seemingly intractable sex-inequalities. Ditching Testosterone Rex as an explanatory framework allows other hypotheses to emerge which lead to a more complex picture. Fine’s analysis doesn’t require denial of evolution, sexual difference or biology, but the converse.

Current sexual health advice is cloaked in scientism not science. In the guise of objectivity, UK National Health Service advice is currently contributing to the ‘pink brain, blue brain’ fashion that is gripping the collective imagination. It presupposes, and thus helps construct, that which Fine argues science should question, namely the belief that boys and girls, men and women, are two discrete entities, not only in their reproductive capacities, but in their proclivities, abilities, and desires [1]. I demonstrate that medicine also has a history of constructing gender difference by endorsing pornography consumption. A current, popularised version is exemplified by Brook, a sexual health charity. Hannah Witton, its sassy, upbeat media-savvy ambassador advises young women that, in an age of equal opportunity, they too can join in the sexual fun. Young women should embrace pornography’s positive benefits: watching people have sex is arousing, and sexual pleasure is good. She tells us ‘the consumption of porn should be separated from its production’, since the latter ‘belongs to an entirely different conversation’ (a conversation she never has). Her advice to those of us who might have concerns about the politics of consumption is not to condemn pornography but ‘to keep an open mind and don’t shame others’.

Pornography itself, both in its production and consumption, does nothing if it doesn’t shame women. Let us consider one of pornography’s most orthodox, ubiquitous, and perhaps least violent of tropes – a woman being slapped, hair-pulled, and anally penetrated whilst name-called a ‘slut’. Or let us reflect on another favourite representation, a woman on her knees surrounded by multiple men taking turns to orally penetrate her till she gags and has eye make-up and ejaculate streaming down her face.  In the West, pornography has followed religion in designating women as belonging to two separate classes: those whom men are obliged to respect – wives, partners, mothers, sisters and daughters; those others – ‘whores’ (someone else’s mother, sister or daughter) – who men can legitimately sexually use through pornography (and prostitution). Some ‘progressives’ prefer to de-politicise their pornography consumption by naturalising their desires and using, at least publicly, the sanitised language of ‘sex-worker’. Pornography is, however, the disavowed successor of Christian ideology and the ancient stories of Adam and Eve, not an escape as pornographers and their advocates claim.

Gail Dines, sociologist and founder of Culture Reframed, argues that when medical advice promotes pornography as sexual health it ultimately does the bidding of a powerful industry. The pornography industry has a vested financial interest in hiding the damage it wreaks on the physical and psychological health of performers, and indeed on many of its consumers, in particular children and young people. Whenever the legality of its practices is challenged, the industry successfully brings in the big guns – the Free Speech Coalition. The Free Speech Coalition, launched in 1991 and heavily subsidised by the industry itself, defends the industry from litigation and provides it ‘with a socially responsible image’ as ‘free speech’. But whose freedom of speech do pornographers and the law allow and disallow? Pornography ‘speaks’ to historical male sex entitlement and now delivers this message through digital technology and a new ironic twist worthy of George Orwell’s Doublethink and the relationship of language to ‘group-think’. Larry Flynt and Hugh Heffner, pornographers who became billionaires on the backs of women’s (and men’s) exploitation, are lauded by themselves and alleged progressives/women’s equality advocates as free speech ‘heroes’ liberating women from male sexual supremacy.

Testosterone Rex roams the pornography sets as well as the film casting rooms of Hollywood. Above all, he lives in the collective sexual imagination, no less incited by pornographic representations on the domestic computer screens of husbands, fathers and doctors than the parliamentary computer screens of our politicians. But hey, as a feminist I’m much kinder about men’s ethical capacity than men themselves. There is nothing inevitable about Testosterone Rex’s reign, as the act of squaring up to sexualised patriarchal power might demonstrate. His tumescence will deflate all the sooner if we stop seeing him as a natural figure. The women who are collectively naming the ubiquity of male predatory sexual conduct through the ±MeToo Campaign are not turning themselves into weak victims as Joanna Williams asserts. If we really value free speech, sex-equality, a fair justice system and genuine access to legal redress we need to give Testosterone Rex the boot and relegate his loyal companion to patriarchal history too. As women, let us ignore men’s (and some women’s) cries of witch hunt and become truly active agents, refuse to keep his sex secrets, rebuff personal shame and place it with the men where it belongs. Let us collectively publicly roar NO MORE! 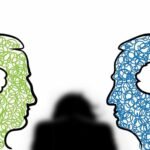 We Must Stop the ‘Good Guys and Bad Guys’ Nonsense 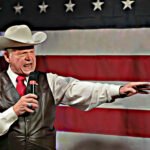