Skip to content
Opinion • World  »   Can Honduras Finally Have Democracy? 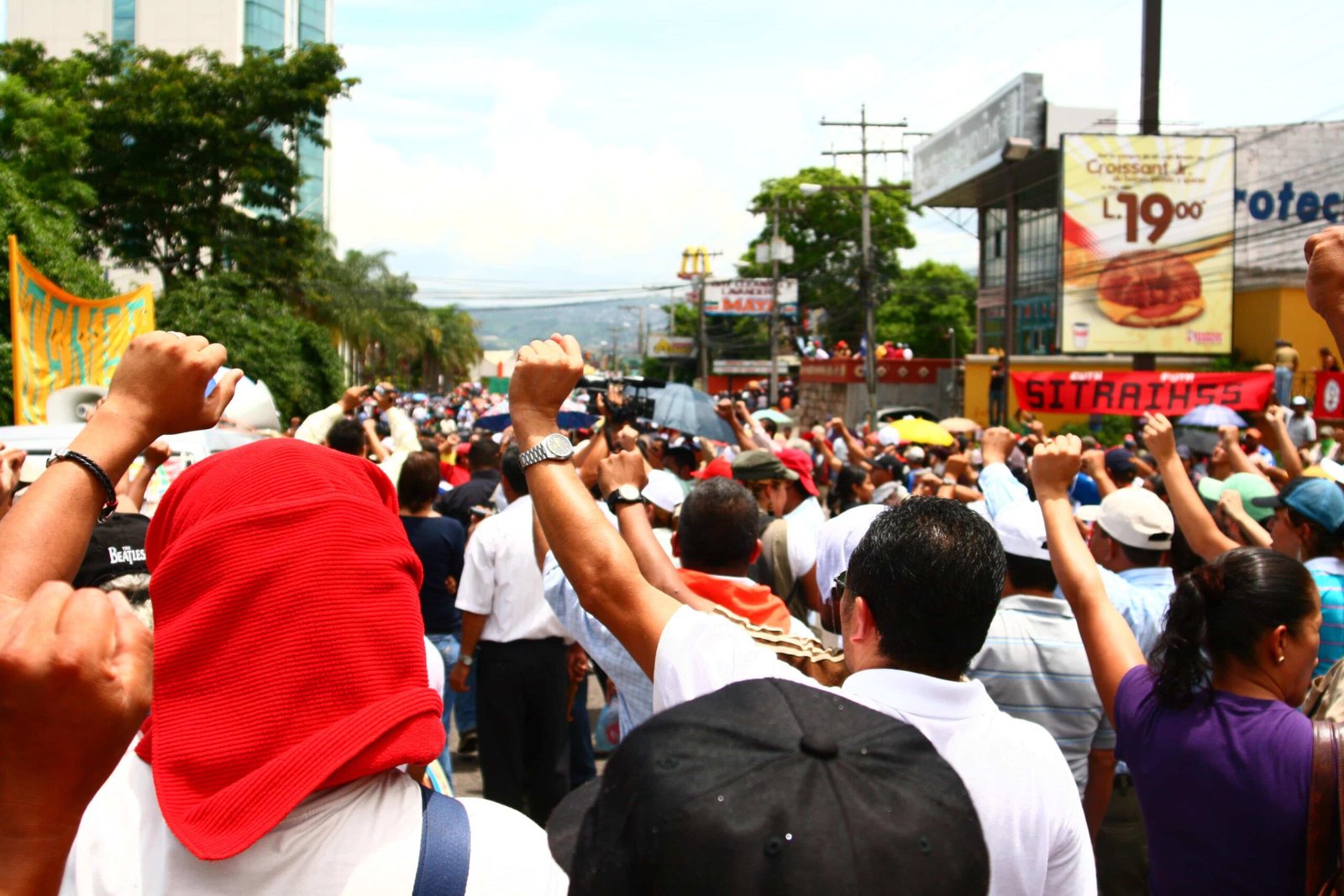 The upcoming presidential election in November is an empty democratic act, which merely serves to legitimise the dominance of supreme forces ruling the whole of Central America behind states’ institutions.

There is an unhappy past haunting the people of Honduras. Eight years ago, the Honduran capital Tegucigalpa witnessed the brutal ousting of its democratically elected president Manuel Zelaya by the country’s armed forces. This upcoming November 27th could be the day Hondurans start leaving behind the oppression and misery that have been part of their lives since the 2009 coup d’état. However, stronger forces are acting towards the maintaining of the status quo and operating fiercely against the reinstatement of democracy.

Three candidates are listed in the Presidential bid: Juan Orlando Hernandez, from the National Conservative Party and currently in office; Luis Zelaya, from the Liberal Party and Xiomara Castro, from the socialist party LIBRE. Despite the apparent ideological distinction among them, only two main players dominate the political scene of Honduras: The National Conservative Party and the Liberal Party; both of which acted according to the interests of the Honduran oligarchy.

At least until Zelaya came into power.

Supporters of the 2009 coup claim that Manuel Zelaya was intending to make an unconstitutional manoeuvre by calling a referendum to break the four-year single term clause and extend his time in power. The referendum, however, would not be at all binding and would only start being valid for the next elected president, meaning that Zelaya himself would have not enjoyed the privilege of a prolonged government.

The truth is that Zelaya’s administration was taken as one of the most progressive by Central American standards, defying the elitist hegemony which rules Honduras behind the government’s public face. Zelaya was shifting the balance of the Honduran government towards the poor – a move that infuriated the dominant class – a class that was accustomed to always having it its own way, independently of which of the two main parties was in power. Zelaya was part of one of these parties, but once in office, he started governing for the poor.

During his mandate, Zelaya raised the minimum wage by 60% which while representing a significant increase would still leave the lower social classes in conditions of poverty and hardship. Zelaya also put an end to what was known as one of the most corrupt government organisations in whole Latin America, COHDEFOR, the Honduran Corporation for Forestry Development. The COHDEFOR was replaced with another organisation, the Institute of Forestry Conservation (ICF), which, after Zelaya was taken out of power, became a nest of frauds as well.

The strongest hope for bringing democracy back to Honduras lays with the major opposition party. Socialist candidate Xiomara Castro is determined to grow a resilient organisation to combat Honduras’ deeply entrenched bipartisanism and that is why she founded the Partido Libertad y Revolución, or simply LIBRE, which explicitly evokes Honduras’ desire for freedom. She is the first woman to be a candidate for presidency in Honduras which, despite her current limited political power, in Latin America, is a symbolic achievement on its own.

Castro and the LIBRE party represent what Hernandez does not: a change in the existing situation that is unbearable for most of the population. Castro’s campaign vows to fight imperialist forces acting upon Honduras – forces that she knows very well. Castro is the wife of Manuel Zelaya, the former Honduran president ousted by the army in 2009. It was an early Sunday morning on June 28th, when Zelaya was taken by the armed forces from the presidential residence in Tegucigalpa to exile in Costa Rica – in his pyjamas. Castro and Zelaya have been fighting together against oligarchic forces ever since.

Unfortunately, the chances of Castro winning the bid are very low, believes Dr. Martin Mowforth, author of The Violence of Development, and long-time researcher in Central America. “I want to be wrong, but there are strong forces acting against her.” he says. Moreover, Mowforth believes that if, eventually, Castro does win, she would likely face the same fate as her husband and be toppled out of office by the same forces Zelaya once confronted and angered. The doctor is referring to the ‘Honduran mafia’, as he names the powerful group of wealthy families in Honduras who control a vast of array activities across the country. The Honduran mafia is omnipresent. They are the ones in power, they occupy leading positions in governmental organisations, they control the armed forces and they own the mainstream Honduran media.

Hondurans suffers deeply at the hands of sovereign groups widely spread in Latin America due to drug trafficking and organised crime. With Guatemala and El Salvador, the three countries form the so-called Northern Triangle of Central America, the deadliest region in the world outside of a war zone. Honduras was once named by investigative journalism platform InSight Crime “the murder capital of the world”  and it was considered the most violent country in the world up to 2015 – now only behind El Salvador. Mowforth openly calls Honduras a narco-state.

Central America is the main drug channel between South and North America. The drugs come mainly from Peru and Colombia, two of the most notorious producers of cocaine in the world, and then are funnelled through Central America to reach the United States’ market. Eighty per cent of all cocaine trafficked into the United States crosses Honduran territory, according to InSight Crime.

The involvement of the Honduran elite in drug trafficking is not news. Fabio Lobo, son of Porfirio Lobo who was the previous Honduran president also from the National Conservative Party, was charged last year by a court in New York, alongside six Honduran police officers, for his part in ensuring the passage of cocaine in exchange for bribes.

The great influence of North America in Honduras politics goes beyond being their largest cocaine consumer. Last year, the Guardian reported an alleged involvement of the US government, especially Hillary Clinton, in the 2009 Honduran coup d’etat and its aftermath.  The news did not come as a surprise at all. For decades, North American forces have been successfully acting to topple left leaning leaders in Latin America, and more recently, cooperating in training special military and intelligence forces. Those are the forces that are linked to the 2016 murder of famous environmentalist Berta Caceres, a martyr for activists in Central America.

The police and the local Honduran media reported her assassination as the result of a robbery attempt, but the Caceres family was already convinced at that time it was arranged by government and illegal loggers. At the time of the killing, President Hernandez had promised to find the responsible for her death and do her justice. However, this investigation, over one year later, is still unresolved, putting Hernandez’s real interest in the matter into question. Nevertheless, nowadays, it is a well-known fact in Honduras that the activist’s assassination was deeply connected with DESA, Desarollos Energeticos SA, a private company planning the construction of a dam which Caceres was fiercely fighting against.

Honduras is fighting loudly for the implementation of basic human rights that are completely rejected by those in power. The international organisation Global Witness reports that since the coup eight years ago, more than 120 land and environmental activists have been murdered in Honduras and 22 journalists have been killed in the country since 2014.

Despite her progressive vision and ambition, Castro’s campaign is facing heavy counter publicity from her opponents. Castro and LIBRE are being victims of insults and smear campaigns coming from the monopolised Honduran media. Her campaign is being portrayed as radical and extremist due to Castro’s constant protest actions in the streets.

The trail ahead of Castro is by no means a smooth one, and it has never been. It is not the first time Castro and Hernandez face each other off in a presidential attempt. Four years ago, in 2013, despite all polls leaning in Castro’s favour, she was defeated by Hernandez who held 37% of votes in the country. In an intriguing move, the Honduras Supreme Court approved the presidential re-election resolution on April 2016, just in time for current president Hernandez announce his attempt to go for a second mandate, and quite possibly enjoy an extended term in power.

The outward look misrepresents the true reality of Honduras, a country devastated by corruption and endlessly exploited by external economic and political interests. For those outside of Central America, the approaching presidential elections may seem like a sign of a live functioning democratic system. However, Hondurans going to the ballots soon is likely to be a mere theatrical act to falsely project the image of a healthy nation over a reality where the strings are being pulled by a selected dominant upper class. “There are elections every four or five years, but the results are so rigged…” Mowforth speaks sadly, “Honduras isn’t a democracy at all.” 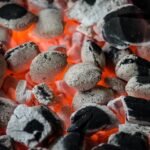 ‘Cooooooooal!’ A Score in the UK for Sustainable and Renewable Energy 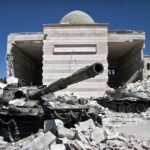 When Reporting on Conflict, Western Mainstream Media is Failing