Skip to content
Opinion • World  »   “In the Name of Allah: Thou Shalt Not Treat Women as Equals”

The Sultan of Sokoto, Sa’ad Abubakar (111), has made it clear that hatred, inequity, injustice and discrimination against women define the Islamic establishment, which he represents in Nigeria. This was evident in his reaction to the gender equality bill that is currently going through the legislative process at the Senate.

For some time now, there has been an ongoing debate on the status of women in Islam or under sharia law in Nigeria. There have been conflicting views and opinions on the issue. This debate, often provoked by issues regarding family inheritance and marriage in Muslim majority states, has led to confusion as to whether men and women are equal in Islam or if Muslim men are more equal than women under sharia. 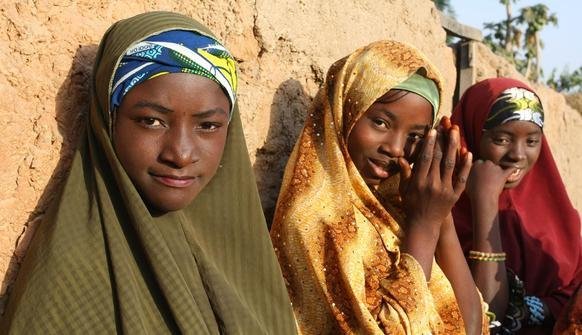 However, the Sultan of Sokoto seemed to have sealed this debate. He has actually resolved the controversy. The Sultan of Sokoto has made it clear that it was against the religion of Islam to treat men and women equally. Otherwise, how else would one interpret the outrageous remarks of this head of Muslims in Nigeria on the gender equality bill and his stiff opposition to its enactment as law?

First of all, let us take a look at the provisions under this bill. The bill seeks equal inheritance for men and women. That means female children will not be discriminated against in sharing family property or wealth. It also ensures a widow’s custody of the children unless such a measure conflicts with the interest and well-being of the children.

Now, what is wrong with these provisions that any enlightened practitioner of religion, nay Islam, should oppose them? The Sultan, in his reaction, stated that the bill was “against” Islamic religion and that Muslims would not accept it. But, if I may ask, what is against Islam in this bill? Equal inheritance for women?

Is he saying what is in accord with Islam is inequality and discrimination against women? Should muslims really accept this?

The Sultan further stated that Islam is “our total way of life” and that they would not accept a change of those supposed edicts that Allah himself had provisioned them with.

No one disputes the fact that Islam informs the way Sultan Abubakar 111 and other muslims live, of course. But, and here is what confuses me most, when he said that nobody should alter what Allah had decreed, what did he mean?

Did he mean that Allah permitted discrimination against women and girls in Islam? Can a spirit determine what human beings do? Except for self-styled spokespersons such as the Sultan, has Allah the capacity to dictate or decree how women and girls should be treated or what they should inherit?

The Sultan of Sokoto should stop using the name of Allah to sanction gender inequality and injustice. He should desist from employing the idiom of Allah to legitimise his misogynistic viewpoints and then use such oppressive Islamic formation to undermine a bill that would empower women, and guarantee liberty and justice for all.

I mean, Mr Sultan, why are you afraid of gender equality? What do you stand to lose if women and men are treated equally in all areas of human endeavour? How does discrimination against women dignify you and your Islam?

Now, Mr. Sultan, do you really understand what a peaceful religion is? Look, justice is a prerequisite for peace, and your misogynistic version of Islam cannot bring or ensure peace among Muslims because it is a form of war against women and against universal human rights. Your version of Islam is ideologically compatible with that of the Boko Haram.

In fact, your position on women’s rights as shown in your reactions to the gender equality bill is extreme, and does worse harm and violence to the dignity and wellbeing of women and girls.

I therefore urge all progressively minded Muslims to speak out against Sultan Abubakar’s misogynistic version of Islam, his opposition to equal inheritance for men and women, and to rally support for a bill that ensures gender equity and justice for all in Nigeria. 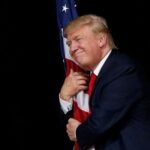 Why Trump’s Ideas on Science ​Are Illogical and Dangerous 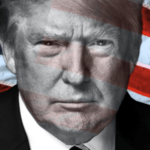