A common expression is that we judge ourselves by our intentions and others by their actions. I believe that this can be expanded further. We judge the people we like by their intentions rather than their actions, and we judge political movements we like by their ideology rather than their practices. The degree to which someone is willing to justify or overlook bad practices for the sake of ideology, therefore, is an important measure of not just their political position in itself but who they empathise and identify with.

First of all, let’s take an important look at how the dynamics of intentions and forgiveness play out between individuals.

The degree to which we are willing to take into account someone’s intentions is the degree to which we anticipate interacting with them in the future. If a stranger harms you and then disappears entirely from your life, whatever they were thinking and feeling has absolutely no bearing on how you proceed from then on.

If you know you are likely to encounter them again, however, intentions matter. Knowing someone’s intentions helps you determine their future actions, and therefore whether to forgive and forget, learn a valuable lesson, or distance yourself from them entirely. Depending on the scenario, any of these three outcomes might be healthy responses.

A genuinely sincere apology comes with an attempt to rectify the hurt. This is true even in the case where the intention to cause pain was absent. Since the damage has been done, the responsible party should be expected to make amends – beyond that, if they value you as a person they should desire to make amends.

It is therefore unhealthy to simply proclaim that your intentions were good, and that this absolves you of all guilt or responsibility for cleaning up the mess. People who do this are entirely insincere in their remorse and likely to continue to cause trouble in future.

However, on the other hand, it is also unhealthy to use a past mistake as a tool of manipulation. When someone has made a genuine attempt to rectify matters, even if you decide to be wary of them in future, you should not continually bring it up to extract indefinite reparations. Doing this is just as manipulative as expecting effortless forgiveness.

When someone declares that ‘your intentions don’t matter’, what they are really expressing is that they don’t believe your claims of innocent intent, or they plan to sever ties with you, or that they intend to hold it over your head indefinitely.

Now let’s bring this analysis to politics. Many people to claim to be politically centrist see no difference between communism and Nazism. On first glance this appears to make sense. Someone in the political centre should be equally as adverse to extremes of either side. However, it’s a simple fact that communism does not experience the same stigma that nazism does amongst the population of many countries. This is an issue which appears to puzzle those who see no moral distinction between them.

Many people, even those not inclined towards left wing ideology personally, see good intentions in even far left movements such as communism- they believe that what communists strive for is, in fact a better world, and is simply unachievable, a utopian dream which causes more harm in attempting to bring about. Although many of these people may be more inclined to the right politically, they see an inherent evil at the heart of Nazi ideology quite distinct from their own feelings of patriotism.

It should fall to centrist critics, therefore, to recognise that it is their lack of sympathy for the far left which makes them distinct from the average person. It is absolutely right and fair to judge a political platform by the results it delivers. However, it is also perfectly natural to extend ones empathy to the proponents of an ideology, to understand what drives and motivates them, and even to have some sympathy with that motivation without agreeing with their ideology.

Furthermore, we can make a distinction between admiring past figures who we see as trying to improve the world and failing, and those who today would seek to repeat their mistakes. It is true that, even at the time, there were those who would presciently warn of the dangers of the actions being taken, but we can more easily forgive errors of political and economic judgement in hindsight – as long as we resolve to learn from the past.

It is this very inability to empathise with those who disagree with us which has failed the left so terribly in recent years. Writing off our opponents as being inherently bigoted is a disastrous strategy when we could instead try to understand the source of their feeling and beliefs, empathise with them without compromising your platform, and from there potentially win them over.

Liberal Democrats: Feminists, Your Views Are Not Welcome 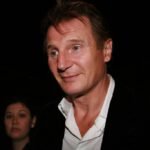 Liam Neeson, Racism, and Why We Need to Talk About It