For LGBT history month, the Liberal Democrats have put out an extraordinary statement confirming their commitment to the extreme wing of gender identity.

The party which took in Aimee Challenor after the Greens decided to investigate their actions have doubled down on embracing the pseudoscience which has caused so many to ignore the erosion of women’s rights and safety.

Lynne Featherstone in her statement conflates victories for gay rights with the push to allow self identification of gender, without “bureaucratic hurdles” as she calls them. She declares that it is our duty to fight “for trans people to be […] welcomed into all spaces”. Far from being her own personal opinion, she claims that the entire Liberal Democrats party are fighting for this cause.

She goes on to include in this the demand that all official documents include an X option “for those who do not wish to identify as male or female”. It is disappointing that someone campaigning so heavily to change the laws on gender identity is unable to distinguish between the genders of man and woman, which involve an element of identity, and the biological sexes of male and female, which are nothing more than material reality. This confusion is shared by the Liberal Democrats life peer, Brian Paddick.

Males are not going to be allowed into female only spaces as a result of proposed changes to the GRA. And what female only spaces are public spaces necessary for women to participate in public life?— Brian Paddick 🇬🇧👨‍❤️‍👨🇳🇴 (@brianpaddick) July 2, 2018

Lynne Featherstone concludes her statement with a message to those who seek to preserve female-only spaces: “You are not feminists. Your views are not welcome in the Liberal Democrats.”

In the wake of many people’s disillusionment with the Labour Party, one might be forgiven for thinking that the Liberal Democrats could be a refuge for centre left politics. But they have now made explicitly clear their commitment to doubling down on political irrelevancy, by rejecting mainstream views on gender and sex and declaring their steadfast opposition to those who disagree.

The Intellectual Dark Web: A Prelude to the Future of Dialogue 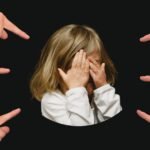