Beijing turns to its British propagandists to confront global support for the pro-democracy movement in Hong Kong.

The fight for individual liberty is a timeless one and history teaches us that for every mass murdering ideologue or megalomaniac strongman there will be their apologists in free societies. As relations between the United States and the People’s Republic of China (PRC) fray even further over pro-democracy protests in Hong Kong, the voices of these new ‘useful idiots’ are getting louder.

In recent weeks, Chinese state-run media outlets have been pumping out articles and videos featuring western ‘experts’ who just so happen to argue that Beijing’s bellicosity towards the Hong Kong protesters is perfectly justified. In an effort to push back against the positive coverage given to the people on the streets of Hong Kong, and the global outpouring of solidarity which has followed, they have deployed a number of dirty tactics. The tricks come straight out of the Complete Idiots Guide to Being an ‘Useful Idiot’, with the regurgitation of falsehoods, topped with a few charges of western hypocrisy and foreign meddling.

Of course, this has nothing to do with actual stupidity – ‘useful idiots’ vary in intelligence. Rather, it’s just a very useful term to encapsulate that sort of Western lefty who, unwittingly or not, fetishises foreign dictatorships.

When it comes to China’s one-party state, Martin Jacques, author of When China Rules the World, knows exactly what he is supporting. With over two decades membership in the Communist Party of Great Britain it would be fair to assume he is no fan of liberal-democracy. In fact, he has been pretty vocal about this point himself.

Not only does Jacques think western societies are flawed but, as he told the People’s Daily, he believes China’s governance is ‘remarkably effective’ and ‘the most developed in the world’. So there we have it, a supposed revolutionary turns out to be a sucker for authority – no surprise there. As proven by this little gem in which Jacques bemoans young Hongkongers for damaging property, attacking the police and occupying public spaces. Heaven forbid – I guess you would never see a student communist do any of that back in the day.

Speaking of status-quo loving radicals. John Ross, British far-left stalwart and former adviser to Ken Livingstone, has also taken to the CCP airwaves to bleat on about the damage caused to Hong Kong’s economy by the demonstrations amongst other lines to discredited the protesters.

As too has Beijing’s other British ‘useful idiot’, George Galloway. This milk-licking, Saddam-saluting, former-Member of Parliament will be a figure familiar with many Uncommon Ground readers. As too will be his indefatigable brown-nosing of anti-western tyrants. As Christopher Hitchens put it, in 2005 during their grapple in the Big Apple:

‘The man’s search for a tyrannical fatherland never ends! The Soviet Union’s let him down, Albania’s gone, the Red Army’s out of Afghanistan and Czechoslovakia, the hunt persists!’

After a post-Saddam trip to Damascus, the past few months has seen Galloway, like Jacques, turn his ire to Hong Kong’s pro-democracy protesters who he has sought to discredit by branding as puppets of foreign powers, much like Ross has done too. More absurd still is his claim, contrary to numerous video footage from the city’s streets, that: ‘[t]he Hong Kong Police have handled these events with less aggression, less violence than any police force anywhere else in the world.’

‘Useful idiots’ love to misinform the public with simplistic re-writings of history – and Beijing’s ones are no different. Throughout the 155 years of British rule ‘there was never a semblance of democracy’ in Hong Kong, according to Jacques. ‘[N]o democracy’ and ‘no civil rights’ at all says Galloway. All of which ignores the (admittedly slow) political reform and partial democratisation in the territory from the 1950s till 1997 – a process strongly opposed by (their pal) the CCP.

So the ‘useful idiots’ sloppily brandish the British hypocrites but now there guys are in charge what exactly do they propose? Well, it’s certainly not more democracy.

The sole critique of the CCP’s handling of Hong Kong affairs since 1997, offered by Jacques, is that they have allowed Hongkongers too much autonomy – less ‘One-Country-Two-Systems’ more ‘One-Country’ he believes. As such it’s no surprise his ludicrous advice to the Hong Kong people is to ‘press the Chinese government for more rapid integration’, while Galloway took to telling the city’s young people that they ‘should be proud to be Chinese’. The two million who marched against the extradition bill disagree.

That such absurd views have not been aired in the House of Commons can only be attributed to the fact that the usual suspects are too tied up with front bench responsibilities. Which, for the sake of those fighting for freedom across the world, is a much worse situation to be in. It is therefore even more important to challenge the lies and smears put out by Beijing, and its lackeys. Many people in Hong Kong believe themselves to be Hongkongers, not Chinese. Bound up in this identity is a belief in civic and political freedoms. Currently, these freedoms are under threat and, despite what the ‘useful idiots’ say, Britain under the Sino-British Joint Declaration has an obligation to speak out and stand with Hong Kong. 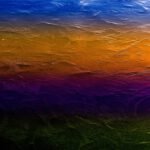 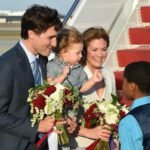