Skip to content
Interviews • Main Story • UK  »   Interview with David Baddiel: Writing for Children, the Importance of Dislikeability and Being Inappropriate 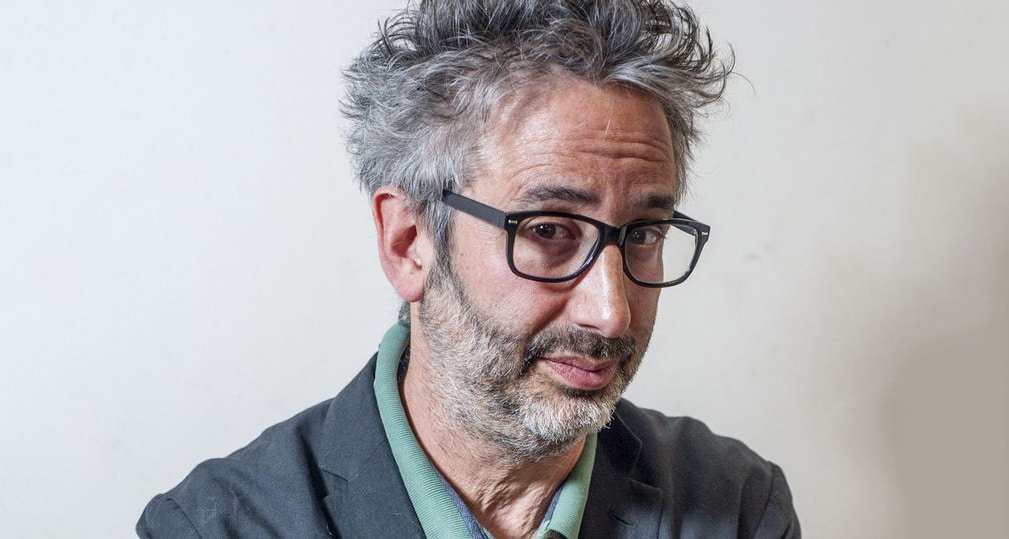 The comedian and children’s writer talks with Madelaine Hanson about the importance of having “dislikable” characters in children’s literature.

David Baddiel is a best-selling author, screenwriter, presenter and of course, comedian. I spoke with him about his writing process, and what he thought about current children’s fiction. His most recent books include Birthday Boy and Animalcolm.

Madelaine Hanson: Why is fiction important for children to read or be exposed to?

David Baddiel: I don’t know if books in and of themselves are. I’d like to think that they are, because I love them, but to be honest, my son doesn’t read that much and he seems fine. This is partly because his imagination is getting a workout elsewhere – he watches lots of animation, particularly Cartoon Network, on which there are some brilliant shows, and also plays a lot of video games, which some parents worry about, but I think do in many ways allow for the same reactions as fiction – being taken away to other worlds, feeling engaged with story, etc.

But I think fiction – rather than books – is important – important is the wrong word – good – because I think story is powerful. I think the ability to tell stories, and to understand the world in terms of narrative, is part of what makes us human: animals don’t, as far as I’m aware, and out of the context of my own books or Pixar movies, tell stories. In fact, we tell stories about animals, which is part of our own reflecting back to ourselves what we consider human. We need to be cautious sometimes with this because sometimes the urge to make life into stories takes us away from the truth, which is random and jumbled and un-patterned – sometimes the need to storify creates untruth in the way we see the news – but in general I think it’s a great thing, a magical thing, the way that story can hold and engage and transports you, and it can’t be started soon enough.

MH: Humans (or hominids) have been telling scary stories to minors for at least 200,000 years – and what is acceptable has of course changed. Are there, or should there be rules about what can be a kid’s book?

DB: No. Well. I guess hardcore swearing and sexual reference and violence would be inappropriate. But I think kids now are much more sophisticated than when I was young – because they’ve been brought up with the internet and The Simpsons and whatever – and conversely adults have become more infantilised, so I think there is a convergence going on in the space marked “for children” where you no longer should think about talking down to your readers (or viewers, if it’s a TV show/movie), and just assume that everyone watching understands everything.

MH: You have children yourself – has what they read (or what you read to them) inspired you or provoked you with your own work?

DB: Not really. But having them has. They themselves have – they’re in my books. I don’t think I’d be writing kids books if I didn’t have kids – I have a greater (and more up to date) sense I think of what kids like and don’t like, story-wise, because of my children. I also did used to make up stories with them when they were younger, and doing that probably inspired the idea of writing kids books more than reading other people’s work to them.

Also, Ezra inspired The Parent Agency, by asking me why Harry Potter doesn’t run away from the Dursleys and try to find some better parents…

MH: How on earth do you come up with characters like Animalcolm?

DB: All my kids books are wish-fulfilment stories. Some kind of magic will happen allowing the central character to act out something I perceive to be a primal children’s fantasy. In AniMalcolm, I reversed the situation so that Malcolm is a kid who doesn’t like animals, but all his family does, so when he’s on a school trip to a farm he complains about this to a goat, and wishes that he could understand what it is about animals that makes them so great – so it’s not exactly wish fulfilment on his part, but it is: because I think a primal fantasy is “what would it be like to be animal?” And even though Malcolm doesn’t like animals and so doesn’t wish that – at least initially – readers still get the thrill of seeing that wish played out via what happens to him.

MH: Your books have been hailed as popular with boys and girls. Is literature changing, or what girls and boys are allowed to like? Or was that deliberate?

DB: Girls are bigger readers than boys. If I get a message on Twitter from a parent thanking me for getting their kid into reading, that will always be from a parent of a boy. But: there is a sexist issue here, which is that more central characters in kids books tend to be boys. I was actually told, early on when I started writing them, that boys will read a book with a boy at the centre of it and so will girls – but boys might not read a book with a girl on it. This is a bit rubbish, and so my second book, although the central characters are twins, I would say the primary hero of that book is Ellie Stone, who is a gamer and brilliant at it – and also who deals with some body dysmorphia issues re Disney/Pixar heroines in that book. I’m very keen to try to break that idea, even though this book is called Birthday Boy… but his sister Ruby is the main supporting character, and there’s a  refugee girl in the book who’s a brilliant skateboarder.

In terms of what the stories are… I would hope to be gender-less. It’s not a conscious thing, I just wouldn’t recognise a difference in what girl or boy readers would want to read there. In The Person Controller, for example, there’s a big football section at the end, but it completely involves Ellie as well as her twin brother Fred.

MH: What literary tropes do you dislike most or try to avoid?

DB: Tropes… hmm. One thing I hate is the idea that for a book to be liked by readers now the main characters have to be nice. You read a lot of Amazon reviews of books where the reviewer says “I just hated the central character.” The problem with that is that is the end of literature. You aren’t meant to like Raskolnikov, or Humbert Humbert, or Madame Bovary, or Rabbit Angstrom, or, y’know, King Lear. You are meant to engage with them, but the mark of great literature is the allowance of complexity. Characters should push your sympathies, challenge you – there should be moments when you think “I hate this person.” Even in kids books. Interestingly I found when I wrote The Parent Agency that kids were less bothered with this. Barry is quite bratty and edgy and difficult at the start of that book, and a lot of adults told me “you have to make him likeable.” I didn’t, and it has sold 300,000 copies.

MH: Should children’s books be political or have a moral message?

DB: No. I think story needs be satisfying in kids books, and sometimes this involves the narrative running on lines that involve personal growth – probably in all my books the kids learn a lesson – but I’m not really trying to tell anyone how to live their lives. I just think stories are better if we see our heroes change – and in my kids books, which tend to have happy endings, that will gravitate towards them changing for the better.

MH: Are audio books the way forward in a world of smartphones and iPads? Or are you a paperback lover?

DB: I like both. I read my own audio books which I always think is odd because I am not a man of a thousand voices. I’m a man of 4 voices: higher for ladies, lower for men, and then a posh one and a less posh one. But people seem to like them.

MH: You have to go on holiday to one of the following: Narnia, Middle Earth or Hogwarts. Where do you go and why?

DB: Hogwarts. Because I haven’t read any of the others. And when I was a kid I liked Billy Bunter books, which was kind of Harry Potter but without the magic…

MH: What would you like to write about in the future? Is any topic or genre holding your imagination?

I often think about crime. I think since I’m not bad at story I should be able to come up with a brilliant whodunnit. I haven’t done it yet though. 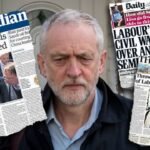 The Left’s “Antisemitism Problem” And Their Focus On Israel 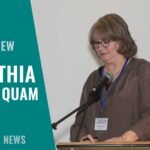