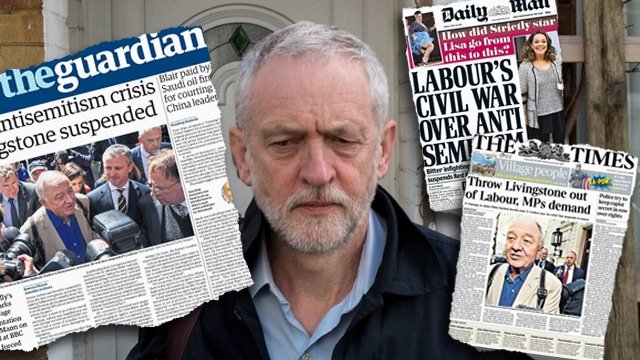 Is the Left’s alleged critical focus on Israel good grounds for thinking it has an ‘antisemitism problem’?

I have recently been engaged in a very interesting discussion on Facebook about the Left’s supposed antisemitism and Israel problem. It’s widely supposed Labour has a major antisemitism problem that needs to be dealt with. Of course, there is antisemitism everywhere, but is there significantly more among Leftists? That’s the suggestion.

I don’t see that the evidence supports the view that Labour has a major antisemitism problem. Labour has around half a million members. I noted that:

(i) As of last summer, after various accusations were made in the Press and social media examples had been cited, a total of around 20 suspensions of Party members had been made. Out of half a million members.

(iii) The Chakrabarti inquiry looked into the accusations of significant antisemitism in Labour and found no significant problem. Chakrabarti is a woman who was very widely respected, though after her report came out many centrists accused her of corruption.

(iv) Channel 4 did an undercover investigation of Momentum, looking for dirt, including antisemitism. They found none.

(v) A recent study into antisemitism by the Jewish Research Policy found that levels of antisemitism were no higher among the left or far left than amongst the general population.

So, I concluded, the evidence for Labour having a major antisemitism problem is just not there.

The Left’s critical focus on Israel

In response to my scepticism regarding ‘Labour’s antisemitism problem’, it was then suggested by several commentators that what justifiably condemns the Left of antisemitism is the way they tend to focus on Israel when it comes to criticising abuses of human rights, etc. What about Cuba, China, and other Leftist states? Why don’t they get criticised to the same extent? And what about Saudi Arabia, which also engages in violent oppression, discriminates against non-Arabs, and so on? These other States are not criticised nearly as much by the Left. This, it’s supposed, establishes, or is at least pretty good evidence, that the Left do have a major antisemitism problem.

So, put these five points together and they collectively provide a highly plausible explanation for why a Westerner might focus particularly on criticising Israel for human rights abuses, etc. Individuals may feel under an obligation, given their own Governments’ exceptional support of Israel, to themselves take an exceptional stance regarding Israel – to say ‘No, not in my name’.

Note that it won’t do, in order to undermine the explanation I outlined above, to point out regarding 4. above that it does not explain why Leftists tend to focus more on injustice in Israel than in Saudi. It’s true, 4. does not explain that, for Saudi is not a Leftist regime. But of course such a critic is overlooking the fact that my claim is not that each of these explanations is individually sufficient to account for the difference in attitudes re Israel and other oppressive regimes. My claim is that they are collectively sufficient. Which I think they are.

Where the onus of proof lies

To illustrate: I am serving in a shop and someone buys short length of heavy rubber hose. I cry out: “This man is probably a wife beater!” I justify my accusation by pointing out that his being a wife beater would explain why he bought that length of hose (which it would, notice). I insist he must now prove his innocence. OR: I meet a scout leader at a party. On discovering he is a scout leader, I exclaim: “I strongly suspect this man is a paedophile!” After all, his being a paedophile would fully explain why he chose that particular occupation. I insist he must now prove his innocence.

Clearly, in these cases, the person is accused unjustly. The onus is not on them to prove their innocence but on me to establish their guilt, which I have not done.

In fact, in these examples, my accusation likely reveals a great deal about me – that probably either (i) I am ridiculously, obsessively keen to make such accusations, and/or (ii) I have some other personal grudge against the person accused.

Accusations of antisemitism should be taken seriously. There is a problem. I am obviously not denying that. But is there a particularly serious problem when it comes to the Left? I remain unconvinced. The fact that some folks are antisemtic would explain their being particularly critical of Israel is not good grounds for thinking that such people are, then, antisemitic. Just as there are many obvious alternative reasons (other than wife beating and paedophilia) why someone might buy that length of rubber hose or become a scout leader, so there are obvious alternative reasons (other than antisemitism) why folk on the Left might tend to be particularly critical of Israel (assuming they are).

Suppose my explanation fails? What follows?

But suppose, for the sake of argument, that I am mistaken about this. Suppose we establish this is not the explanation of why Leftists tend to focus their criticisms particularly on Israel. Would we then be justified in accusing such Leftists of antisemitism?

Fashion would not really be a justification for my choice of activism. Still, the fact that I followed fashion in joining the anti-racist campaign rather than another wouldn’t make me a bigot/able-ist/sexist. Ditto then someone who takes a particular interest in campaigning against the abuses committed by one country despite other countries being equally guilty. The mere fact that they’re not justified in taking that line does not suffice to make them bigots.

In short, there remain on the table all sorts of other explanations for the Left’s particular focus on Israel, such as fashion, convenience, publicity, etc. etc. These other explanations must be removed, or shown to be pretty unlikely, before the charge of antisemitism is substantiated. Those leveling the charge of antisemitism against the Left typically make no attempt to do this.

But in any case, as I say, I think the explanation I sketched out above does explains well why Leftists might tend to focus more criticism on Israel.

One last thought. We have a moral duty not to make false or dodgy (not well-established) accusations of antisemitism. Those who casually make such accusations (i) are crying wolf, thereby actually increasing the risk to Jewish people, (ii) abusing the memory of six million dead people, (iii) unjustly smearing people who are likely innocent. Let me be frank: anyone who makes such accusations knowingly, for partisan political purposes, is a moral scumbag.

By the way, I make exactly the same points re false or dodgy accusations of Islamophobia, able-ism, racism, and so on. 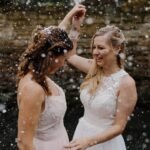 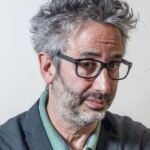 Interview with David Baddiel: Writing for Children, the Importance of Dislikeability and Being Inappropriate