Skip to content
Opinion • UK  »   Kept in the Dark: Immigration detention in the UK 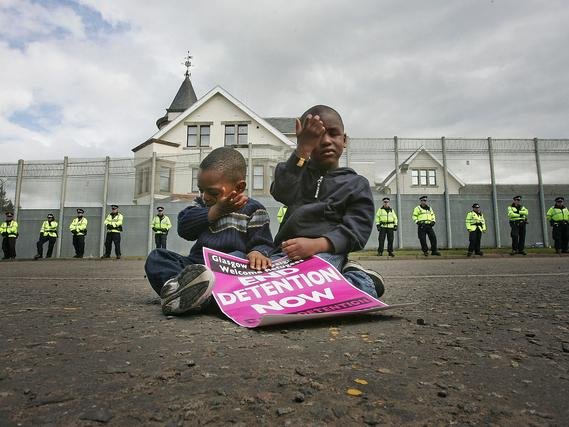 Dev* stood in front of his PowerPoint slideshow in a glass-walled room in the Warwick Oculus building and recalled his first 3 months in the UK for his audience. He had volunteered to hold a discussion on immigration detention for Warwick Amnesty before their trip to Campsfield Detention Centre.  A once-hopeful asylum-seeker emerging from difficult circumstances in Sri Lanka, Dev spent his initial months in an alien country locked up in an Immigration Removal Centre (IRC). Detained in this prison-like environment and unaware of the time of his stay and even more so his offence, Dev is just one of the thousands of immigrants who fall victim to the unjust and unethical policy of immigration detention in UK every year.
According to the UK Home office, 32,400 migrants entered detention for under the Immigration Act in 2015, as compared to 30,400 in 2013 and 2014. These figures stand testament to the fact that the UK has one of the biggest immigration detention systems in Europe. While activists have been campaigning for the closure of Immigration Removal Centre’s for decades, debate and action regarding the issue is still restricted to circles of activists.

Dev was not detained because of a crime or offence. He, just like most detainees in Immigration Removal Centres, came to UK as an asylum seeker. These people, whose asylum claims are either being processed or have been refused, often have poor or no legal representation and sometimes hail from conflict-ridden areas. Detainees with rejected claims are either deported back to the circumstances they once tried to escape or kept in detention indefinitely. Other types of detainees include people who overstay their visas – who are in some cases people with families who have lived legally in the country for decades. Foreign national offenders who have served their sentence and await deportation add to the list. The top few countries of origin include Bangladesh, Pakistan, India and Nigeria.

Anyone who has visited an IRC would notice the irony of the claim that detention is an administrative procedure rather than a punitive one. Immigrants are kept in dingy cells in a heavily guarded compounds surrounded by tall fences and barbed wire. This procedure is defended by governments as the exercise of their right to protect their national sovereignty under international law. However, these claims are overshadowed by the IRC’s notoriety for lack of transparency, infliction of psychological trauma and the blatant violation of rights. The Universal Declaration of Human rights enshrines people’s right to seek and enjoy asylum and against arbitrary detention – both of which are stripped away in this system.

Dev, who is now a well-integrated as any UK citizen, disclosed that certain sounds and smells still trigger memories of the trauma he underwent in detention. He spoke of feeling helpless and discriminated against. He recalled an overwhelming uncertainty about his freedom, security and future. The guardian reported that the number of incidents of self-harm nearly doubled between 2012 and 2014 across all UK IRC’s between 2012 and 2014 from 150 to at least 306. Certain activist websites calculate that there have been a total of 2293 attempted suicides and 28 deaths across the UK detention since 2007. These statistics are not surprising considering the fact that many detainees have previously been subject to torture and physical abuse. Governments are prohibited under Article 31 of the Geneva Convention to penalize refugees and asylum seekers for entry into their country. What is Immigration Detention if not a racist and inhumane penalty?
The telegraph reports that two-thirds of detainees are released straight back into the UK after detention, many of whom have been detained for months and sometimes years. This knowledge, paired with the large amount of money pumped into the system, makes the IRC process appear economically unfeasible. One may question how this system has endured so far. Cue the commercial contractors for Immigration Removal Centres, the largest of which in the UK is Mitie, a FTSE 250 outsourcing company that initially provided car-parking services. These profit-making companies have come under increasing scrutiny after a spate of incidents in previous years including hunger strikes, riots and suicides. With a recent downward pressure on profits due to socio-economic circumstances, it is speculated that cost-cutting by these companies will directly affect the living conditions of detainees.

But does the government have any other alternative? Research shows that most people have a tendency to comply with a legitimate authority with minimal intervention in relation to migration laws. An obvious way is to opt for more community-based alternatives wherein refugees and asylum seekers like Dev could be self-sufficient and contribute to local economies. Community based programs have been reported to be much less expensive than detention to operate on a day-to-day basis. Moreover, this approach reportedly improves immigrants’ integration outcomes and compliance with immigration and case resolution processes. In Australia, for example, some community and church-based organisations have been developed to provide community detention services wherein they are provided with residential, healthcare and welfare services. If used in place of detention, this model appears to be a very promising replacement.

Dev is now among the many activists campaigning for the closure of Immigration Removal Centres. While some measured gains have been made in the recent past, there is a lot of work to be done to bring this practice to an end. In a time marked with Brexit and Trump, abolition of such unjust immigration policies is necessary to counter anti-immigrant bigotry and racism.

*The name of the subject has been changed to maintain anonymity. 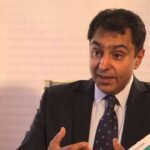 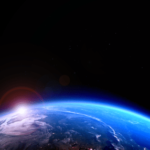