Twitter’s legal team has sent atheist activist and author Michael Sherlock an email facilitating the harassment of atheists, alleging that a research piece he posted may be illegal.

“Twitter’s legal team have sent me an email passing on, without further consideration, an alleged correspondence claiming the tweet is illegal and signalling at the end of their communication that removal of the content would be welcome, alleging that a research piece I posted on Twitter may be illegal, and that Twitter may take action against me in the future. Had Twitter simply threatened with suspension or deletion of my account, I would not have objected, as Twitter is a private company who can host and refuse to host whom they please on their platform, but such was not the nature of the message.

Twitter’s communication, predictably, is worded carefully, in that they don’t opine on whether the content is actually illegal or not – a judgment that they’re aware they will need to take responsibility for. Instead, while mentioning that action has NOT been taken at this time, they find it necessary to add that they ‘may be obligated’ to take action regarding the  content in the future. On what grounds? Twitter has clearly not found my content illegal or even warranting a suspension, since they haven’t removed it. Why then, the implicit warning that action may be taken?

What Twitter’s legal team, who arguably should have been capable of evaluating an allegation of ‘illegal’ content could have done is evaluate the correspondence sent and decide whether or not I need to be warned or not. Instead, Twitter has decided to simply pass on this form of harassment, neither seeking to dismiss it nor explain to me why this is problematic. Empty accusations of illegality are bound to have a chilling effect, particularly if launched against people who may not have the skills or backing to evaluate the validity of these threats. Why is twitter choosing to facilitate this by blindly signalling potential assent.

The piece in question explores the possibility that the Prophet Muhammad may have suffered from temporal lobe epilepsy. Whilst I concede the title of the piece, ‘Walk Like an Epileptic Wife-Beating Paedophile Prophet’, is provocative, the piece itself is merely a research article. It even begins with a caveat to ensure Muslims are not unfairly treated for simply being Muslim, a caveat I frequently make. I believe that no person should be discriminated against for their religion, or lack thereof. However, I also believe that beliefs should not be shielded from scrutiny, criticism, and even mockery. After all, they’re just beliefs – they are not humans and therefore should not be afforded human rights. I know this seems like a redundant statement, but the majority of people still seem to think that their personal beliefs should be protected from any type of criticism, which, in my opinion, is counterproductive to the progress of our species and reflects a type of popular, pathological narcissism.

All beliefs and ideas, regardless of their nature, whether political or religious, must be open to scrutiny. George Bernard Shaw once wrote, “All great truths begin as blasphemies”, and history furnishes us with a plethora of examples of this truth, from Galileo’s blasphemous yet correct heliocentric model of our solar system to the “extremely offensive” Enlightenment, which propelled the proliferation of individual human rights.

Finally, I find it quite annoying that Islam is given special protection, particularly given some of its horrid teachings and the oppression and violence that such teachings manifest. As an outspoken atheist I have criticized most religions, from Christianity to Scientology, but I rarely receive grief for far more offensive articles, essays and posts I write about these religions. Ex-Muslims, who are one of the most hated and hunted minorities today, suffer from severe persecution by both conservative Muslims and well-meaning Leftists, who, in their desperate attempt to be seen as being on the right side of history, inadvertently side with religious conservatives and endorse horrific human rights abuses in the Muslim world and discrimination against this minority in the West. Recently, in Texas, a group of ex-Muslims were evicted from a Hilton Starbucks for wearing t-shirts labeled ‘ex-Muslim’. Just imagine the outcry had the evicted minority been Muslims. That large companies like Twitter, Facebook and Starbucks are endorsing anti-free speech behaviour and contributing to the acute and inescapable discrimination ex-Muslims suffer globally, is inexcusable, and this is one of the primary reasons why I will not let this threat from Twitter Legal lie.

I have started a fundraiser to help me fight against this stressful harassment. “ 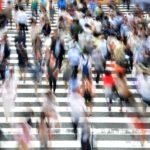 The Blind Spot of Race: Are the Japanese Racially Privileged?

Pavement Rage: the Impact of Harassment on Women’s Daily Lives