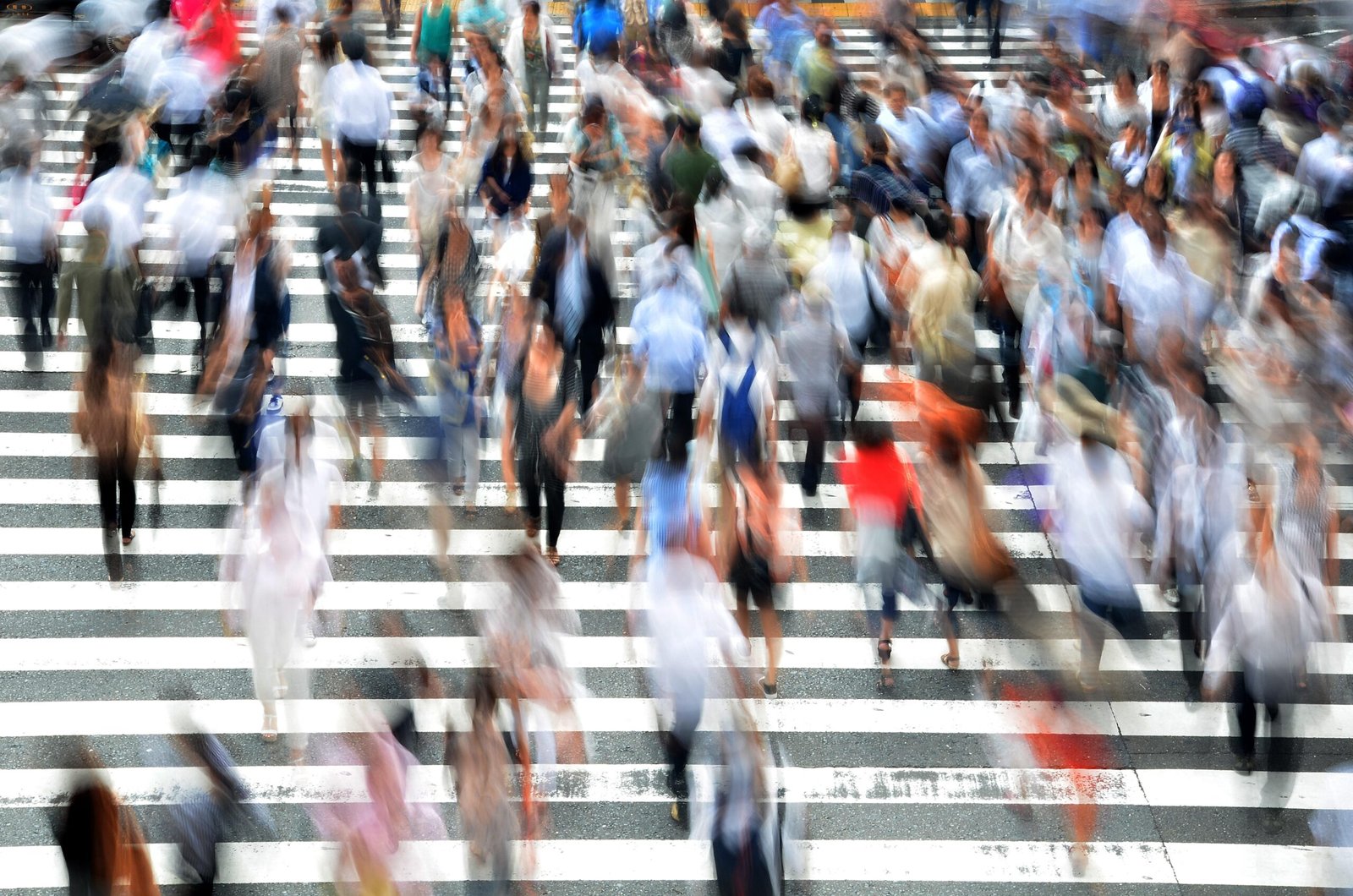 Considerations on the racial privileges of the Japanese shed light on the blind spot of the anti-racist literature with highly revolutionary implications.

In recent literature concerning racism, the concept of “racial privilege” is increasingly adopted as an effective tool to analyse problematic social phenomena related to racism. Whilst It can certainly be questioned whether there really is such a thing as “racial privilege” or “racial hierarchy” in the first place, let us assume, for the sake of argument, that there really is something that can vaguely be conceived as “racial privileges/hierarchy” by those who would be affected negatively by them, or those are highly sensitive to such issues.
Conventionally, as it seems to me, it is hardly disputed that “white”, “Caucasian” or “ethnic European” will be put on top of the “racial hierarchy” of privileges, both in the academic literature – such as minority studies, sociology, sociolinguistics – and in journalism. Nonetheless, there apparently is no standardised consensus as to which “race” follows after the “white”. Would it be Middle Easterners, Indians, Africans, East Asians, Caribbean, or other?
It is far beyond my ability to precisely determine the position of each “race”, as the notion of “race” itself can be questioned in infinitely many ways, or have its very existence challenged as a whole. Of course, it can also be said that we ought not make such a generalisation, and I do not intend to trivialise the moral significance of objections on such lines either. Nonetheless, one important motivation for employing the concept of “racial privilege” is, as I see it, that it may help us flesh out a dark, if not ugly, side of “our” society, regardless of whether it is desirable or not.
From such a point of view, what I would like to shed light on here is narrowly limited to the status of “Japanese” in particular, being an ethnic Japanese, as I am myself. One reason why the analysis of the “racial status” of the “Japanese” could be of interest to the non-Japanese Anglophone audience as well is that it may reveal some blind spots concerning racism that are usually clouded in the debates in Western media of both right and left inclinations.

Judging purely from physical appearance alone, the Japanese would, to most non-East-Asian eyes, appear to be scarcely different from other East Asians, such as those from China, Taiwan, Korea, Vietnam, Thailand etc., and the Japanese, as well as other East Asians themselves, would not doubt that there is virtually no obvious biological benchmark that clearly demarcates them from other East Asians.
Nonetheless, the unique status of Japan as the only non-white “great power”, in regards to the history of Imperialism and alliance with Nazi Germany and Mussolini’s Italy in the early 20th century, seems to have put the Japanese on the side of the “offenders” rather than the “victims” of racism within the non-white community, or so the “progressive” individuals in Japan presuppose. Indeed, some of them do claim, though not as frequently as white progressive activists, that Japan should take more responsibility for discriminations against the “non-Japanese” by the Japanese in and outside Japan.

[T]he geographical isolation of the Japanese islands from the rest of the world, the economic prosperity it has been enjoying since the 1960s, and the level of its own cultural affluence and education, as well as the strikingly low crime rate […] all jointly contribute to the racial-national pride of the Japanese in some way or another.

It might also be worth noting that, even in the time of “Apartheid” in South Africa, the Japanese, along with a few other East Asians, were given the status of “honorary white”, primarily in order to facilitate business transactions of South African industries with the Japanese counterparts. Furthermore, the geographical isolation of the Japanese islands from the rest of the world, the economic prosperity it has been enjoying since the 1960s, and the level of its own cultural affluence and education, as well as the strikingly low crime rate which still stands out even compared to “dominantly white” nation-states all jointly contribute to the racial-national pride of the Japanese in some way or another.
Consequently, the ethnic Japanese who have never been abroad are far less concerned with the possibility of being the “victim” of racism in any significantly vilifying way than non-white individuals outside of Japan are. Certainly, though, it is undeniable that many end up reporting experiences of unexpectedly finding themselves racially victimised as soon as they go abroad for study or on business, which sometimes leads them either to a defence of radically conservative ethnocentric view which stresses the value of distinctly Japanese traditions juxtaposed against the “Western ideologies” they are critical of, or to wholehearted embracement of progressive discourses of some radically anti-racist strand.

In general, nonetheless, the Japanese are still comparatively less likely to problematise racial discriminations against them, insofar as the traditional Japanese moral principle usually blocks the urge to seek for any “unrealistic” justice and discourages them from making complaints about whatever is beyond their power.
It might also be noteworthy that the recent historical experiences of the Japanese might have rendered them cynical about racial issues; it was Japan that first proposed the so-called “Racial Equality Proposal” in the Paris Peace Conference in 1919, which resulted in miscarriage due to oppositions from the English-speaking world – and yet now the Anglophone countries boast that they are the most progressive about racial issues in the world.
Whilst it truly is a huge “progress” on the part of the attitude of the English-speakers, the story would not be taken so simply in the Japanese narrative; in their sceptical eyes, the possibility of “the Anglo-Saxons” reversing their position upside down whenever they find it fit remains eternally present, and even today many intelligent individuals in Japan find it highly dubitable that white people in the Western World are so radically anti-racist that, if anything, they would happily choke the throat of blatant racists (in a figurative sense, of course) and offer whatever belongs to them to the victims of their racism.

[T]he Japanese are still comparatively less likely to problematise racial discriminations against them, insofar as the traditional Japanese moral principle usually blocks the urge to seek for any “unrealistic” justice and discourages them from making complaints about whatever is beyond their power.

With these background, the Japanese are comparatively numb about the damage that racism could have upon them, whilst at the same time being immune to the sense of guilt that seems to plague the peoples of the other ex-Axis powers, i.e. Germans and Italians. Does any of the above-mentioned fact entail, however, that the Japanese are relatively more privileged than the other non-white races, so that they, in fact, deserve to take more responsibility in on-going racial discriminations against those who are neither white nor Japanese? As I have already suggested, the progressive Japanese intellectuals’ answer seems to be a solid “yes”.
Yet, on the other hand, it seems quite plausible that the very attitude that the progressive Japanese activists take can itself be judged as an expression of unfounded superiority of their race which therefore would strike as groundlessly condescending to those for whom they reach their hands. Indeed, it has increasingly been noticed that the situation has already reversed in some East Asian countries – it is now the Japanese who fall prey to “racial discrimination” in China, South Korea, and Sino-Korean communities elsewhere.

If so, what would be the best stance to take for us? Are we allowed to just play the victim role both in relation to ethnic Caucasians and to now powerful Chinese and Koreans, and complain about their “privileges” outside of Japan without problematising the privileges we ourselves may, in fact, be enjoying without even knowing it? Or are we supposed to take as much “responsibility” as white anti-racist activists, as virtual “honorary white”? Or does this ambiguity of where the Japanese should stand suggest that the concept of “racial privilege” itself is an arbitrary ad hoc prejudice, insofar as it disregards the dynamic fluidity of “racial hierarchy” – even if such a thing exists – as exhibited by the example of the history of Japan, and imposes an illusorily static (and highly partial) view of races?
Whatever your final answer would be, considerations about the racial privileges of the Japanese or other non-white “races” with some degree of representations in the international community today seem to shed light on the blind spot of the anti-racist literature, and their potential implications could be highly revolutionary in today’s context.

The Politicisation of Public Bodies and the Gender Recognition Act