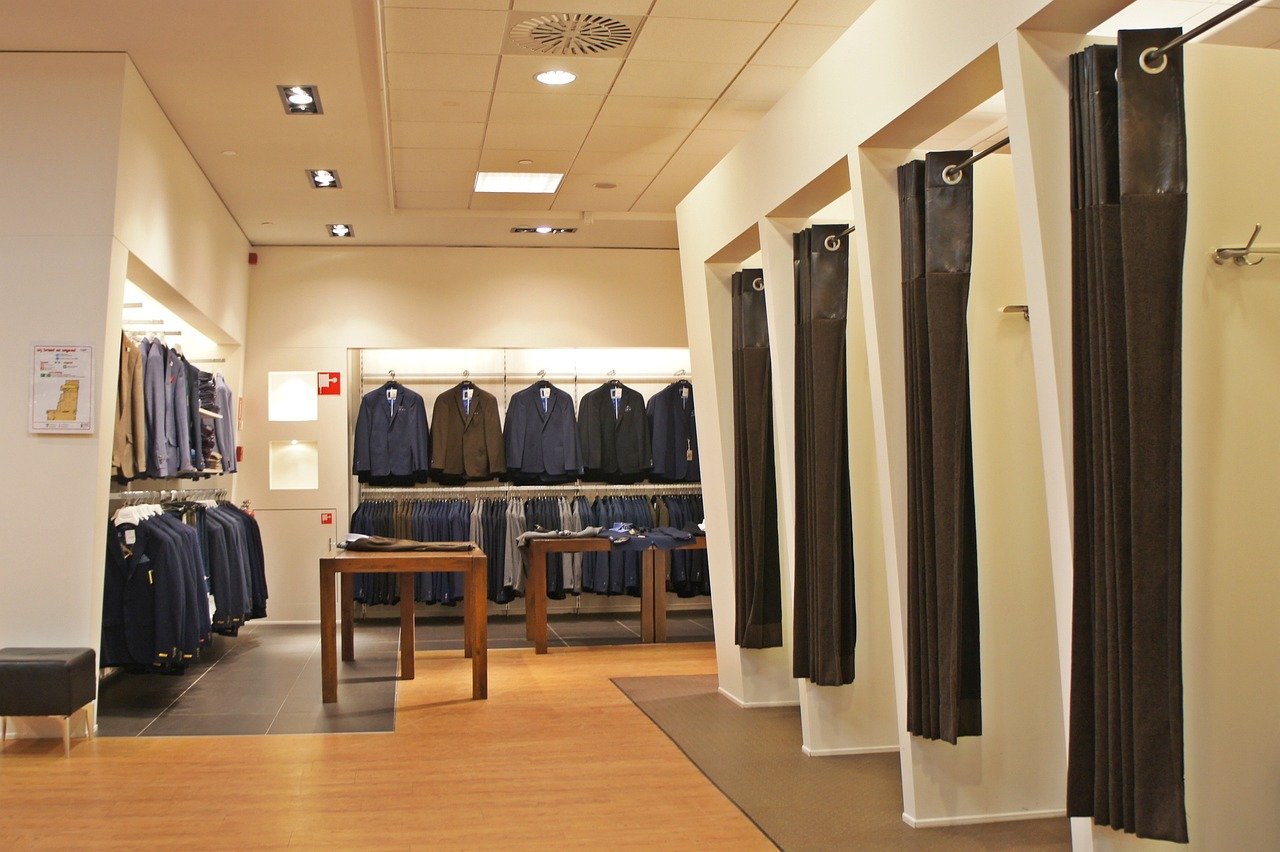 Photo by GREGOR on Pixabay. This is a stock image and is not representative of Primark's changing areas.
Friday, November 18, 2022 | Written by Dr Em | 0 Comments

Women and girls are frequently targeted by male predators inside Primark stores. A fake u-turn over gender neutral changing rooms will not protect them.

In November 2022 a young woman uploaded a video to TikTok describing how she had spotted a man recording her trying on jeans in a Primark changing room using his camera phone and that on reporting this to security the man in question faced no action. She alleges that Primark’s security did not take his details or even check his phone. In October 2022 it was reported that a woman had spotted a man filming her friend undress in the mixed-sex changing rooms of Primark’s Doncaster store. The victim said “No woman should have to go through this, having to feel unsafe or feeling like they have to watch their backs because of creeps like this!”. Less than a week earlier in Primark’s Stratford store in September a group of men opened the curtain on Jane Quaife while she was undressing. Primark offered her a £10.00 voucher, like she was a peep-show performer. A few days later in Primark’s Cambridge store a young woman was left distressed and shocked after a group of men opened her curtain twice while she was undressed in the mixed-sex changing room. The same month a young woman took to Reddit to find legal advice as she thinks she was filmed trying on clothes in a Primark changing room. She told how she ‘dropped a hanger so I bent down to pick it up. When I did, I noticed a phone propped up sideways on something (maybe a shoe? I don’t know) right under the gap between the doors with the rear camera facing towards my changing room’ and her fear because ‘If he was filming then my face is clearly visible in the recording because I looked straight into the camera’.

Earlier in August 2022 in Primark’s Hanley store a mother-of-one, who wished to remain anonymous, told StokeonTrentLive that when she went to the fitting room a ‘man opened the curtain fully on me while I was undressed… I went to tell staff ‘there’s a man in here’ and the lady said ‘yes, it’s gone to unisex now’. I said ‘he’s opened the curtain on me’. I complained to Primark but I didn’t hear anything back’. In Primark’s Sheffield store in July two women reported seeing a phone being used to film them in the changing rooms under the curtains of their cubicles. In Primark’s Wandsworth store in March a serving Met police officer, Swaleh Chaudhry, was caught filming a woman while she tried on trousers in the fitting room. Following his arrest, a search of his Wandsworth home uncovered devices with hundreds of child sex abuse images and bestiality pornography, for which he was given a 10-month suspended sentence.

There is a long-history of men committing sexual offences against girls and women across the country in various Primark stores. For example, of Surrey criminals jailed in 2021, Benjamin Cooley, described as a ‘dangerous sexual predator’, tried to lure two teenagers into Primark changing rooms to search them by posing as a security officer and was sentenced to an indefinite hospital order. In a Primark in Hull in 2020 a ‘pervert brazenly filmed up a young woman’s skirt as she stood in the queue to pay. In the same year in Chelmsford Primark a serial flasher was caught masturbating in front of a toddler. In 2019 a Primark security guard, Zia Uddin, working in Kingston was found guilty of raping a young girl he caught shoplifting in a changing room and sexually assaulting four other girls. Also in 2019 police investigated claims teenage girls were upskirted in Primark in Canterbury city centre. In Bury in 2018 the police launched a manhunt after a 12 year old girl suffered repeated sexual assaults in Primark when a man groped her and filmed under her skirt. In Portsmouth in 2018 Michael Thornhill was caught filming up a woman’s skirt in Primark, police later found over 400 upskirting videos on his devices. It has been a persistent problem for years.

In 2016 a former policeman, Darryl Clarke, was been jailed for taking 22,000 indecent images of children including upskirt videos of young girls in Primark. The year before in Primark in Poole Peter Sieber had slid his mobile phone under a cubicle where a 15-year-old was about to try on a new bra. We know about these incidents because they have reached the press and the police, this in turn means Primark is also aware. Primark is certainly aware of objections to the fitting room policy from women on social media. For example, the anti-porn activist and author Suzzan Blac asked Primark in a tweet thread which garnered over 5,000 likes in 2021 how they would keep her then 11-year-old granddaughter safe in unisex changing rooms, a year later and more women put at risk she wrote a follow-up article. Ms. Blac had presented to Primark about seventeen criminal cases that had occurred in UK Primark stores dating back to 2007. How many more emails and complaints has Primark received regarding male sexual abuse against females which we are not privy to? What about when security takes no action when a woman complains like the woman who started this article? Was the sexual offence even logged? Also, as Blac outlined in her article ‘most girls and women would either be unaware that they are being filmed or are too traumatised to report these crimes’. Indeed, the Crime Survey for England and Wales showed that 5 in 6 (83%) victims of sexual offences did not report their experiences to police.

Despite this information about male sexual offending in their stores, Primark decided to give men easier access to young girls and women while females were undressing by making the changing rooms openly mixed sex, and then mixed-sex by stealth. After more recent incidents and bad press over their fitting room policy, Primark had attempted to reassure women and girls of their safety by saying they would revert to single-sex fitting rooms like the ones they had removed, but they left out the catch that they had changed the definition of woman and sex. Now any man who says he is a woman or carries a dress to the changing room can still enter the women’s changing facilities.

Primark is targeted by perverts due to its main customer base: women and teenage girls combined with its store layout, lack of staff and lack of action on the problem. Its clothes are stacked high with lots of stations/platforms across the floor creating busy aisles with lots of distractions, no clear line of sight, long ques at the tills, and many areas where there are no staff present. The changing room area is often a long dark corridor with ill-fitting curtain cubicles off each side as groups of girls wander in and out of each other’s dressing space asking their opinion. Staff will be at the entrance to the dressing rooms counting items in and out but otherwise not available in the changing area. Primark’s pocket money prices for basics and fast fashion makes it a draw to teenage girls who are practicing their independence. Primark is now instructing women and girls that male wants come before their safety and dignity. A linguistic incantation – ‘I identify as a woman’ – and poof your sex-based rights are gone. Since 2019 it has claimed that it can’t tell the difference between a man and a woman or a girl.

Yet Primark recognises sex differences and stereotypes when it divides products into men’s wear and women’s wear, children’s clothes into girl’s and boy’s. Certainly, they have been repeat offenders in terms of sexist messaging on children’s clothing. It was reported as recently as February 2022 that Primark was yet again receiving criticism for slogans which told girls ‘to ‘be kind’ and ‘grateful’, while boys [were] told that there is ‘nothing holding you back’ and to have ‘awesome adventures’. Kate Long had raised this and outlined how the messaging was teaching: ‘Boys take what they want’ while ‘girls consider others’. Primark know which sex to objectify and sexualise. In 2018 they sold denim hotpants for babies , advertised for girls as young as 0 – 3 months old, not boys. Every summer girls and women are presented with short shorts which barely cover the bum while boys and men have comfortable shorts which they can move in sold to them.

If the sex object message wasn’t clear to girls Primark repeatedly tries to bring in padded tops for female children. In 2017 parents were outraged that they were retailing padded bras for 7-year-old girls, Primark still sells them and insists that it is not padding but ‘moulding’ for children. They have not learnt their lesson from the 2010 consumer outcry over padded bikini tops for female children of the same age. Something Laurie Penny described as a ‘puritan campaign’ ‘hijacked by the faux-feminist family values brigade as a symbol of moral decline, along with the kiddie pole-dancing kit and the playboy bunny pencil case’. It appears Primark, and other retailers, know who will be sexually objectified and tries to get in early years. With this messaging that girls should be pleasing, sexually enhanced and exposed for men’s gaze, is it any wonder they are turning the changing rooms into a pervert’s paradise?

Primark: What Can Be Done? Part 2 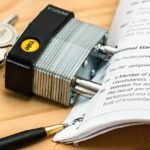 Primark, A Pervert’s Paradise. What Can Be Done? Part 2