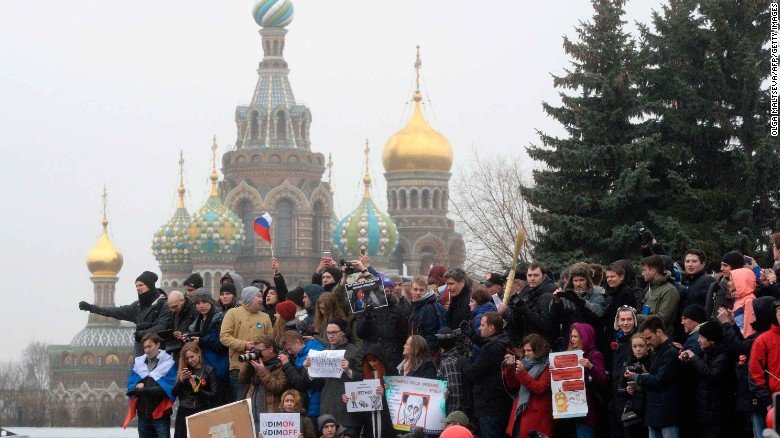 On Sunday 26th of March, thousands of Russians took to the streets in order to protest against the great corruption and democratic deficit that exists in the country. Alexei Navalny, a critic of Vladimir Putin’s government and founder of the Russian Anti-Corruption Foundation, posted a video on YouTube last month, asking for an official investigation concerning Russian Prime Minister Dmitry Medvedev’s various properties after accusations of him using public money to build a “a corruption empire” of luxury properties, yachts and vineyards, and asking people to go out in the streets to protests. And so they did.

Reminding the world of the “snow revolution” anti-corruption protests in Russia in 2011-2013, about 60,000 people in 80 cities all over Russia went out in the streets last Sunday, demanding and shouting “Russia without Putin” and “Russia will be free!”, despite the fact that the state TV channel and Moscow’s mayor warned people not to follow Navalny’s call as they would face consequences for attending an illegal demonstration. In fact, despite the protests being peaceful, over a thousand protesters were arrested in Moscow alone, including Navalny himself, in a great show of undemocratic confrontation of democratic processes by the Russian government. Soon after the protests had started, the Russian police raided the Anti-Corruption Foundation’s offices, arresting all the employees and seizing their computers. Navalny’s campaign manager, Leonid Volkov, was charged with criminal offences and Navalny was sentenced to 15 days in jail and was fined 20,000 roubles (£280), and may face real jail term on a suspended sentence he received in 2013 when he was convicted of embezzlement, according to state-run news agency Tass.

This, however, did not stop the protests from gaining power. Upon hearing of the arrest of Navalny and his staff, more and more people gathered in Pushkin Square in Moscow and in cities all over Russia. Highlighting the strength and importance of social media in 21st century protests, Navalny, through his YouTube channel, was doing a live broadcast during the protests while Kremlin TV did not show the protests at all. At a time when 70 per cent of Russians use the internet, reaching almost 100 per cent on the youth population, voices like Navalny’s cannot be silenced but will continue to provide a mean through which people express their dissent, especially when the matter in discussion is corruption and the misuse of public money.

The Russian government’s violent response to the protests, the unwillingness of state-run media to cover the event, and the apathy of the government in introducing corruption-tackling policies stresses out the fact that corruption is a massive problem in Russia, at a degree that threatens democracy. According to Transparency International’s 2016 Corruption Perceptions Index, Russia is ranked 131 of 174 countries and is one of the most corrupted countries in Europe and Central Asia. Two-thirds of Russians believe that Putin himself is responsible for this state of corruption. The country’s financial situation is not doing better either, as since 2013, Russia’s GDP per capita has plummeted from $15,500 to $9,000.

The failure of Vladimir Putin to recognise, understand and properly respond to the protests does not show a bright future for Russia. In addressing the nation regarding the protests, Putin accused Navalny of trying to promote his self-interests without looking into improving the country’s situation. Medvedev’s spokeswoman, Natalya Timakova, described Navalny’s actions as “propagandistic outbursts” – commenting on Navalny’s interest in being a candidate for the 2018 Russian presidential elections. There were even allegations that protesters “were paid to turn out”. One can be certain, however, that Navalny did not suddenly appear in the political scene because of the elections, and that would actually be risky for him as he now faces further convictions, and Russian law prevents convicted criminals from running for public office. What is more, Navalny is the leader of the political party Progress Party and is also politically active through his blog from where he attacked Putin’s policies and managed to organise large protests and demonstrations in the past.

Putin’s response is, however, familiar, as it’s the typical way that he has responded to his opponents and critics in the past.

Vladimir Gusinsky, the head of the biggest independent TV channel in Putin’s first inauguration, was arrested and imprisoned a few weeks after Putin became president and was made to sell it to Gazprom-Media in exchange for his release from prison. Under pressure from the government and under new legislation, the number of media channels that opposes the government decreases significantly. In fact, press status is regarded as “Not Free” by Freedom House, an independent organisation advocating for freedom and democracy around the world, while Russia is ranked 148th out of 179 countries in the Press Freedom Index. Even worse, some critics of Putin were shot dead, specifically Boris Nemtsov and Denis Voronenkov in killings that raise suspicion of the Russian president.

The conclusion one can make is that Putin managed to do more harm to himself than the protesters did to him. The unjustified arrests of thousands of civilians who protested peacefully and the unwillingness of Putin to release them from jail is just a small sign of Russia’s disrespect for freedom of speech and freedom of expression, essentially highlighting the country’s great democratic deficit. 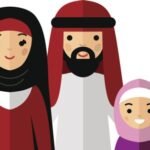 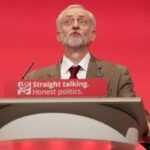