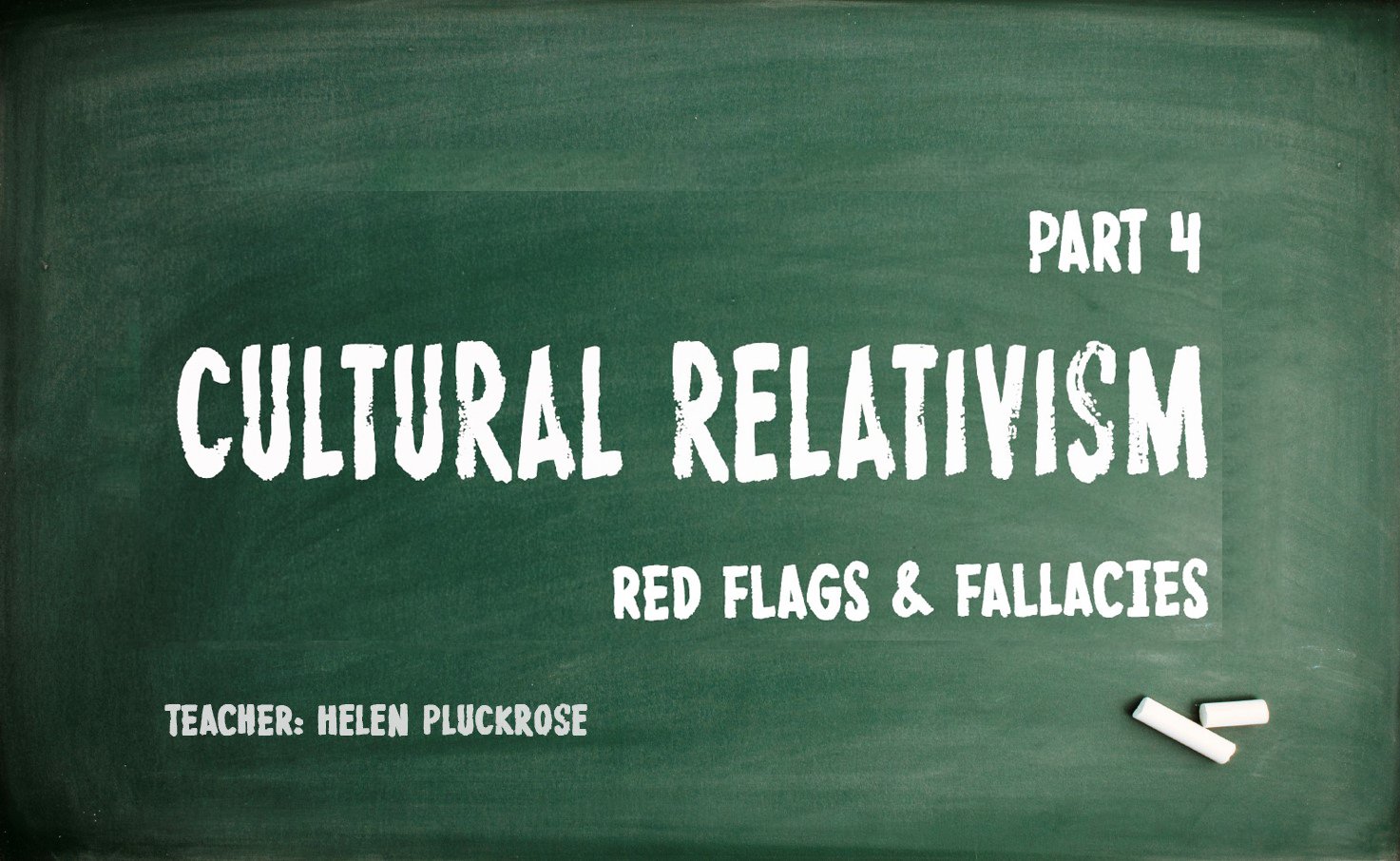 Proponents of cultural relativism often misunderstand the arguments of their critics, and are unaware of their own inconsistency, particularly as liberals.

Cultural relativism is the idea that a person’s beliefs, values, and practices should be evaluated by the standards of their own culture rather than a universal one. Those who believe in universal human rights would reject this idea, but it has nonetheless gained currency within the postmodern/SocJus/Identitarian Left. Proponents of ‘culturally relative ethics’ may not frequently use the term ‘cultural relativism’ to describe their position, but it is what they are doing when they respond to criticism of another culture with ‘It’s their culture, not yours! Who are you to criticise it?’ This kind of cultural relativism operates on the basis that the West has historically undervalued other cultures and trampled all over many of them in the form of imperialism and must now make a conscious effort to make up for past wrongdoings.

It is certainly true that morally unobjectionable practices and beliefs have been derided or condemned by an imperialist mentality and that  is unjustifiable. But the problem with adopting cultural relativism as an ethical principle is that it requires we judge Saudi Arabia’s standards for gender equality, LGBT rights and religious freedom against Saudi Arabian culture, rather than a universal principle that all women, LGBTs and religious groups should have equal rights. This is a hard position to defend for those who claim to stand for social justice. When critics of cultural relativism point out the problem with its use as a moral justification, proponents commonly deflect and subtly or radically shift the conversation to begin defending something tangentially related. It is therefore helpful to detail what critics of cultural relativism are not criticising.

They are not criticising morally neutral cultural practices

It is perfectly ethical to recognise and accept that in the UK, one eats with a knife and fork, and in China, one eats with chopsticks. Critics of cultural relativism are critics of moral relativism, and these kinds of cultural differences are not ethical issues. Bringing up morally neutral cultural practices and arguing that there are no grounds for being judgemental about them is irrelevant to a discussion of ethics.

They are not criticising situational relativism

Occasionally, a defender of cultural relativism will confuse the issue by creating scenarios that justify relativism. I once asked a defender of cultural relativity how the killing of LGBTs could ever be justified and was presented with a hypothetical scenario of a culture in which LGBTs dominated society and systematically brutalised and murdered straight people. Whilst this is a form of moral relativism, it is not cultural relativism because the right to defend oneself was clearly intended to be understood as a universal rather than a culturally contingent one. This is situational relativism, and it relies on a consistent understanding of morality that allows for exceptions and extenuating circumstances. It is wrong to use violence unless you need to defend yourself. In situational relativism, the concept of extenuating circumstances necessarily assumes a consistent basis of ethics. Cultural relativism does not allow for consistent moral principles but cites culture itself as justification for completely different ones. ‘It is wrong for this culture to enforce gender-specific modesty codes but fine for this one.’ This needs to be justified on its own terms.

Very often, proponents of cultural relativism will avoid addressing ethics by simply repeating that differences exist. They will say ‘But that’s just your opinion. Other cultures think differently’– a superfluous statement that supposes people are unaware that other cultures have opinions that differ from their own. It is rooted in the erroneous thinking that assumes if two different perspectives exist, then there is no right answer. This is often followed by ‘Who gets to decide what is morally right?’ The simple answer is that we all do. We all get to think about and decide our moral principles and argue for them. We don’t have to do this, obviously, but if we do decide to hold ethical principles and, especially, if we decide to argue and campaign for human rights, equality and social justice, we also decide to make judgements about what is morally right. We consequently also decide whether to hold them consistently or inconsistently.

There is no need for critics of cultural relativism to believe in an objective morality that transcends humanity to argue for consistent moral principles. The universe does not and cannot care about humanity. We could torture each other to extinction and this would not matter to it at all. We only matter to each other and we have evolved common needs and common moral emotions including fairness, empathy and compassion.  From this start, we all set premises and base our principles on them and decide how widely we apply them – to our own group or others. For those of us whose premises are generally rooted in the values of human rights, equality and social justice, we can choose whether to apply them consistently or relatively. That is the cause of contention and why supporters of universal human rights think cultural relativists are doing it wrong.

They are not claiming to be immune to cultural influence

Critics of cultural relativism are often reminded that their own morality is strongly influenced by their own culture and this is undoubtedly true. Very few people create entirely new ethical ideas, and it is not a coincidence that values cluster geographically. If I had lived 600 years ago, I would almost certainly be a Christian and have rigid gender role ideas and a high degree of xenophobia. We can only choose amongst ideas that are available to us. A variety of ideas, however, are available to everyone and it would seem reasonable that those who value human rights and social justice should try to promote those ones. The argument ‘Your moral values are influenced by your culture’ doesn’t tell us anything about whether they are good or bad. This needs to be argued for, and if we believe they are good, a further argument is needed for why they are only good for some people and not for others.

Underlying the observation that our morality is influenced by our own culture is the implication that we think our values are good because they are ours, but the belief that some cultural values are better than others is in no way a commitment to the idea that one’s own cultural values are better. I believe Finland’s ethos around education to be morally superior to that of the UK, that the US position on freedom of speech is sounder than that of the UK, and that Pakistan’s culture of caring for elderly family members within families is better than the UK norm that results in so much loneliness among the elderly. My own values do not necessarily always align with those of my country. I voted neither Tory nor Brexit and yet we have both. The problem is that, most frequently, liberals who believe in universal human rights and gender & LGBT equality are addressing these issues and the west simply does do much better with these than much of the rest of the world.  We might question the commitment to social justice of someone who immediately assumes that cultural bias must be the reason anyone thinks these rights matter universally.

Very often, when these deflections and accusations of cultural bias are dispatched, defenders of cultural relativism will accuse universal human rights advocates of ‘talking over’ activist voices from other cultures, or of ‘white saviourism’, which implies a tone-deaf, imperialistic domination. This misses the point that culturally relative or universal stances on human rights are internal positions on holding our principles consistently or variably. These do, of course, inform how we vote and how we campaign for human rights and equality in our own countries and what global policies and human rights organisations we support. One could say that all women should have legal equality with men or that cultural variability on gender equality should be respected as a matter of principle. How to go about achieving those goals is a pragmatic issue that follows from those principles that first need to be held and argued for. The cultural relativist argument from those who seek social justice is incoherent and relies mostly on misrepresenting the motivations of its critics. Support for universal human rights is not a prescription for imperialism or an assertion that one knows the best way to go about achieving human rights or equality in every culture. We can hold these values universally and still be guided by human rights activists from that particular culture on the best way to support them in achieving this.

The deflection of criticism of cultural relativism to all these surrounding issues reveals that most people who defend it are not genuinely philosophically committed to the belief that morality is culturally relative. Rather, they seem to argue for it whilst deflecting to issues of racism, xenophobia and imperialism. They do so because these prejudices are what concern them and what they want to counter. It is true that some racists, xenophobes and would-be imperialists cite human rights and equality issues in justification for their less-than-noble motivations and actions. This leads some liberals to reactively defend the dominant norms of entire cultures and use motivated reasoning, including cultural relativism, to do so. They would do better to hold consistent principles of human rights and equality which would enable them to address social injustice from all sides.

The biggest problem of cultural relativism apart from the fact that it cannot work coherently for those concerned about social justice – those who believe that we live in a rape culture would have to argue that rape is therefore morally good in that culture – is that it reduces whole cultures to monoliths and results in defending their often very conservative and oppressive status quos. Those of us who are liberals and care about liberal values of human rights, freedom and equality should surely support the liberals of every culture who are trying to achieve these. Instead, even well-intentioned cultural relativism undermines our fellow liberals’ efforts to address problems in their own cultures. The most ideologically zealous and authoritarian will even attack those liberals as ‘Uncle Toms’, ‘coons’ and ‘native informants’, which is unconscionable.

Cultural relativism within liberalism is a problem that needs to be addressed and clarity on the objections frequently raised against it is an essential first step. 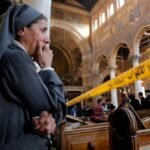 The Spread of Anti-Christian Hatred in Egypt | Tara Abhasakun 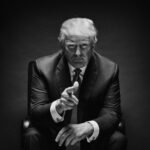 Trump to Reinstate US Military Ban on Transgender People