Skip to content
Opinion • World  »   Why has Saudi Arabia been elected to a UN Commission on Women?

In a move bound to invite the scorn, disillusionment and anger of women’s rights advocates from all over the world, as well as confirm the general impression among many that the UN is failing as a guardian of human rights, Saudi Arabia was elected via secret ballot in the UN Economic and Social Council to the 45-member UN Commission on the Status of Women last week. Saudi Arabia, as most readers will know, has in place a male guardianship system that places a male family member completely in charge of a woman’s life, making all critical decisions on her behalf from birth to death. Women are also not allowed to drive in Saudi Arabia and the Kingdom, notorious for its suppression of women’s rights, was ranked by the World Economic Forum as number 134 on a list of 145 countries for gender equality in 2015. The irony that this election represents, therefore, cannot be understated. Let’s look a little deeper at the process that led to this utter travesty.

The U.N. Commission on the Status of Women is comprised of 45 Member States at any one time. The Commission consists of one representative from each of the 45 Member States elected by the Economic and Social Council on the basis of equitable geographical distribution. Thus, it is supposed to consist of 13 members from Africa,11 from Asia, 9 from Latin America and Caribbean, 8 from Western Europe and other States and 4 from Eastern Europe. Reports from UNWatch, a non-governmental organisation, reports that Saudi Arabia has been elected to the Commission in a secret ballot. ZeroHedge cites a Reuters report that twelve other countries were also elected by the council in Geneva to serve for a four-year term, ending in 2022: Algeria, Comoros, the Democratic Republic of the Congo, Ghana, Kenya, Iraq, Japan, South Korea, Turkmenistan, Ecuador, Haiti and Nicaragua. The election was briefly announced by the President in a video clip obtained by UNWatch.

The vote was by members of the UN Economic and Social Council, one of the six main organs of the United Nations. The Council is made up of 54 Member Governments, elected by the General Assembly for overlapping three-year terms. Seats on the Council, as well are allotted based on geographical representation with 14 allocated to African States, 11 to Asian States, 6 to Eastern European States, 10 to Latin American and Caribbean States, and 13 to Western European and other States.

Let’s briefly skip over the inevitable outrage and helplessness that accompanies the release of news such as this. By and large, educated populations in all countries with a measure of interest in international affairs and foreign policy have expressed disdain and an utter lack of faith in the UN, it’s bodies and its affiliated agencies. Aside from the death, destruction and displacement ravaging the world, this derision appears to be occasioned by a general belief that the ‘UN’ is useless, helpless, or a mere stooge at the altar of powerful interests. Very interestingly though, this anger completely skips over the distinction between the decision making and voting at the UN, as opposed to those who carry out its functions. This may seem self-evident to some who work within the international sector, but by and large, opinion trends on social media indicate that the populace considers the United Nations and its bodies itself as the culprit and the cause for such situations, where states well known for their abysmal record on human rights end up on international bodies charged with their protection. This dissonance in the perception of the UN is perhaps most exemplified when UN functionaries and experts fault Member States for their conduct, and voting populations easily dismiss the voice and opinion of the UN as a manifestation of politicking and a mere display of power plays.

That this is how regular people view the UN, and every agency with the UN tag. is unsurprising. Blame can be squarely placed on the mainstream as well as alternative media that is responsible for informing and empowering populations. News about the UN, particularly its decisions and selection processes is almost always misleadingly titled as a news item about the UN, rather than the country or government which may have made the difference. This particular news item was also blithely and carelessly reported as the ‘UN’ having undertaken the vote, obscuring the extremely important point that it was a vote by 54 member states, who have to select among a limited group of ‘Asian Pacific’ states to satisfy the parameters for geographic distribution. Obviously, this leads to outrage, anger, blame and a host of reactions that are misdirected and wrongly manipulated, especially by organisations which wish to discredit the UN and its actions overall.

It is crucial therefore, to make this distinction. Those who voted for countries such as Saudi Arabia are representative diplomats in correspondence with their respective governments. Although it was a secret ballot, from the Asia-Pacific region, it is known that Saudi Arabia received 47 votes, one of the lowest received. However, the countries have brought this situation about are to blame- not the UN organisation itself. Who is not to blame therefore are UN experts, commonly called as Special Rapporteurs or Special Representatives of the Secretary General, including the Special Rapporteur on Violence against Women, Special Representative on Sexual Violence and bodies such as the Working Group on Discrimination against Women. These are men and women with exemplary records of work and service in the defence and propagation of human rights, who frequently place their own lives in risk to obtain access to repressive and authoritative regimes and their victims. This also reminds us that agencies such as UN Women, the exclusive Entity for Gender Equality and the Empowerment of Women led by and staffed by dedicated human rights and women’s rights advocates, are blameless in such situations. Agency heads, such as Phumzile Mlambo-Ngcuka, are experts in gender equality and women’s rights. Their work is not in any way to be blamed or held responsible for such issues, and it is time that the public was accurately informed about the distinction between these parts of the UN.

According to calculations by UNWatch, given that 9 States have obviously voted against Saudi Arabia, it estimates that at least 15 of the following 21 States must have voted for Saudi Arabia – Argentina, Australia, Belgium, Brazil, Chile, Czech Republic, Estonia, Finland, Finland, Greece, Germany, India, Ireland, Italy, Japan, USA, UK, Portugal, S. Korea. S: Africa, and Sweden. Therefore, UNWatch has implied that at least 5 EU States have voted for it.

Obviously, protection of women and their rights all over the world cannot be the prerogative or the responsibility of certain countries. But one must also remember the outpouring of scorn, derision and raging hatred unleashed against the feminist movement and women all over the world when they participated in Women’s Marches in cities in Europe and the US, accusing such women of having misplaced priorities and failing to advocate for their less fortunate sisters who suffer greater repressions particularly in countries such as Saudi Arabia. The reality is, all the marches and all the activism in the world by brave women can achieve little against state power and geopolitics. One of the few ways of ensuring the well-being of women all over the world is for countries with a better record of gender equality to condemn and isolate nations such as Saudi Arabia. At this point, the EU remains the world’s largest and most cohesive regional grouping, able to fundamentally alter and shape the foreign policy of its member nations. Its founding principles also demand that countries make minimum commitments to human rights, including to gender equality before and after joining the EU. If there is any political body capable of ensuring and insisting on gender equality and fair treatment of women, and to encourage other countries to do the same, it is the European Union. Populations should look to their governments when such a scenario takes place, and demand that their foreign policy withdraw interest and support from such nations – especially if they claim to care about women in conservatively repressive societies. If anyone in more liberal democracies cares about the status and treatment of women in these countries, they should look, not to the feminists or the women’s rights organisations who frequently have their hands tied, but to their own governments who make the deals that puts such countries in power. 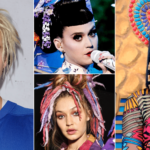 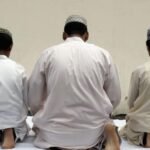