Xavier Gorce has resigned from French newspaper Le Monde after 18 years, over the backlash to a cartoon commenting on France’s #MeToo moment.

How many “In defence of X cartoonist” pieces will I have to write in 2021, I wonder? And more importantly, will anyone else bother?

Only weeks after “John Dillermand” (John Willy-Man) launched on Danish Kids TV in January, to widespread outrage, we have another cartoonist fall victim to cancel-culture. Yes, the same cancel-culture that its useful idiots, like Billy Bragg, claim does not exist. And it’s one of the Woke world’s favourite demons, “transphobia” – conveniently dressed up as concern for victims of incest.

The victim this time is Xavier Gorce, who has been the cartoonist at Le Monde newspaper for 18 years. He has covered all kinds of subjects with no previous controversy. This parallels my own experience – 5 years at the Morning Star with no problems, no matter how outrageous the subject; until the first time I dipped my pen into the trans-poo.

So the current big news story in France is a scandal about incest. A high profile member of the critterati, Oliver Duhamel, has been accused of sexually abusing his 14 year old stepson. This has prompted a “me-too” response, with thousands of people coming forward to say that they had also been abused within their families, as children.

Gorce and his bosses at Le Monde were attacked for his simple line-drawing of two penguins with the young one asking the older one the question; ”If I was abused by the adopted half-brother of the partner of my transgender father, who has now become my mother, is that incest”?

You can see the cartoon here, and the form the attack on Le Monde took.

The paper received a pile-on of abuse from the self-appointed guardians of our morality, and immediately capitulated, issuing an apology for publishing the cartoon.

Where have we heard this before? Right here in the UK, about a year ago:

As political cartoonists, it is our duty and our role to comment on sensitive news stories. Because a cartoon can introduce a novel angle to the story, or prompt discussion, or even comfort the viewer, by making them feel not so alone with their response to an issue.

Political cartoonists are in the front line of the war against cancel-culture.

I have included a section on cancelled (and arrested, and murdered) cartoonists in my book, “2020, The Year We Were All Cancelled”!

A cartoon can be used in a campaign to put pressure on lawmakers. My own cartoons have recently been used on T-shirts by the UK’s pressure group, Keep Prisons Single Sex.

Cartoons can, and have been,used for propoganda purposes by both benign and dictatorial governments.

So a cartoon has an immediate gut-punch effect that a page of dense academic analysis on exactly the same subject will not have. For a start, it can reach minorities in the country the outlet covers who speak different languages.

A cartoon is at once overt and subtle. With its bright colours and cute characters, it reverts the viewer to the comics they read under the bedcovers as children. But its hard political message can be too much for some who wish that life was all butterflies and unicorns, and want all that nasty stuff to just go away.

Or who have a particular agenda to push on the rest of us.

France is particularly sensitive to political cartoons. Only 3 months ago, teacher Samuel Paty was brutally assasinated outside his own school, after showing the Charlie Hebdo ‘Mohammed’ cartoons to his Civics class.

President Macron said at his funeral service, “we will not disavow the cartoons, the drawings, even if others recoil”, and conferred on Paty a posthumous Legion d’honneur. So cartoons widely seen as anti-Islam can be supported by France’s leader – it’s the issue of trans-ideology which French cartoonists cannot touch?

Xavier Gorce, to his great credit, has resigned from Le Monde, and stood up for his cartoon, saying “Freedom cannot be negotiated. My drawings will continue”, and put out a new cartoon on his social media, with the penguins again.

One is asking, “Do you have your Health Passport for a sense of humour”?

You can see it on his blog on Le Monde’s site – so far, they haven’t taken it down.

Not side-splitting perhaps, but you can feel the cartoonist’s anger and frustration, after nearly twenty happy years of delivering cartoons on the issues of the day to his world famous newspaper.

There are already woke apologists bleating that this isn’t an example of cancel culture because he resigned – as if you would continue working for an employer who had thrown you to the wolves, and humiliated your art?

They know damn well that the capitulation of Le Monde sends a message loud and clear to other artists and their publishers: “Censor yourselves”.

They complain that his cartoon was somehow disrespectful to the vicims of incest who are now speaking up in France.

No. Let’s call it as it is. It’s the fact that he used the word ‘transgender’ that caused his no-platforming – because without the trans-pronoun-madness being forced on all of us, his penguins would have been unable to make their pertinent joke. Stella Perrett (Radical Cartoons on Youtube and GETTR) was the regular editorial political cartoonist for the UK's only daily Communist newspaper, from 2015-2020. Cancelled for her cartoon “Endgame” in February 2020 which upset trans-activists in the Trade Unions, she has since illustrated articles for uncommongroundmedia and many feminist websites. Stella has been interviewed on many podcasts over the last two years, and continues to promote free speech and expression for artists, especially women in the current fight to protect our rights. She is particularly interested in campaigning against Transhumanism. Stella can produce cartoons and illlustrations for you for any project: books, website, merchandise, stationary etc. You can see her work at https://www.radicalcartoons.com and use the contact form. 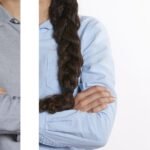 Repeal the Gender Recognition Act, a Homophobic and Sexist Relic 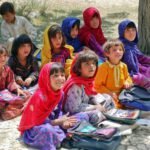 Less Theory, More Practice: Why the Re-emergence of the Taliban Should Concern Britain