Africa has often been portrayed as something ‘other than us’. Perhaps it’s time to start seeing our similarities with its culture rather than differences.

Scepticism in Africa matters now more than ever. This will be the underlying thesis of my presentation at the next Eurosceptics Congress in Wroclaw, Poland in September 2017. Although the title of my presentation is quite specific – “Robber Goat”, “Bird Woman” and “Cat Woman” – there are broader implications. I am exploring the impact of religion on scientific thinking in Africa; that is, which religious beliefs impede critical thought. In addition, the talk is meant to underscore the value of the sceptical outlook in Africa, of Africa and from Africa.

The presentation will draw attention to the local and global potentials of Afro-scepticism, and will address critical and scientific explanations of magical and paranormal beliefs in Africa. Too often these insights are missing in both scientific and general discourse due to an overwhelming emphasis on the magical and mystical in the description of Africa or anything African. In this piece, I discuss why it has become imperative to draw attention, in no freakish sense, to sceptical views from Africa.

Emphasis on scepticism in Africa could help consign the exoticisation of the region to the margins of debates. It may correct this erroneous portrayal of Africans in ‘western’ literature and by ‘Western’ scholars as ‘other than us’. The exotic representation of Africa has only succeeded in mainstreaming a partial view of the continent and its people, a view that does not accommodate Afroscepticism. No doubt differences exist between Western and African societies. There are also differences within these societies. Individual differences also exist. However, representations of Africa as ‘the other’ have been used to generically infantilise African beliefs and behaviours even when similar beliefs and behaviours, in sometimes worse forms, are found in ‘other’ – Western or Eastern – places in the world.

Put simply, Africa has been otherised in a way that limits knowledge and understanding. This conception of Africa as ‘other than us’ legitimises this impression that Africans think and behave in the same way, as opposed to other non-Africans. Nevertheless, I must admit that African scholars and people make the same mistake when representing the thoughts and behaviours of Westerners.

While it is important to underscore the fact that superstitious beliefs in witchcraft, charms, bird-woman, robber-goat exist in African societies, we need to note that there are also views within Africa that are critical of these notions.

There are Africans who question the belief in witches, and there are also those who think that witchcraft accusers are mistaken. There are Africans who hold opposing views and who regard ideas such as bird-women or robber-goats as absurd. Although the positions and actions of paranormal believers are more socially visible, the thoughts and ideas of people who are sceptical of mystical phenomena are present in local communications and interactions. Scepticism in Africa matters because it provides a platform to highlight these critical perspectives.

It is important to reckon with African sceptical viewpoints because African paranormal beliefs are no longer restricted to African borders. African superstitions have gone global because Africans migrate to other countries with their beliefs and traditions. There have been reports of abuses that are related to witchcraft beliefs in African migrant communities in western countries. African sceptical views are important in providing a critical background to these mystical phenomena, especially when referring to the ways and means to understand, tackle and address them. Therefore, the internationalisation of African paranormal notions requires internationalisation of African scepticism.

In addition, it is pertinent to note that western and eastern religions and paranormal beliefs have gone global as well. Religious and paranormal claims from western and Arab societies are ubiquitous in Africa. They are replacing and reinforcing similar conceptions in Africa following centuries of missionisation and forced conversion.

An African sceptical corpus is vitally needed to highlight these misconceptions and deal with the absurdity, and illogical, floppy thinking in Christian and Islamic beliefs and practices, which had been introduced to Africans as civilised ideas and behaviours.

Scepticism may seem quite abstract but it has a practical import. In Africa, scepticism has a very strong humanitarian aspect. It is an asset in tackling superstition-based abuses. Sceptical activism entails not only challenging and debunking paranormal beliefs but also extending support to victims of superstitious beliefs. Sceptics care about the truth. They demand evidence. Sceptics especially care for those who suffer due to mistaken ideas.

Due to the fact that many people hold a belief in the existence of witchcraft, the persecution of alleged witches is largely seen as ‘justice’ served in many African societies. Those who are accused of harming their neighbours through witchcraft or through some other harmful ‘medicine’ are treated as criminals. People disgrace, torture, or even lynch them publicly.

Thus, scepticism in Africa matters because it can help address the persistent characterisation of Africa as ‘exotic’ and the globalisation of religious and superstitious belief. It can also provide a humanitarian counter-force and a more robust mechanism to support victims of paranormal beliefs and practices in Africa and beyond. 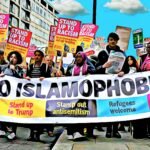 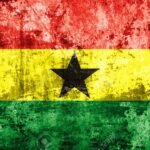 An Interview on Losing Religion and Finding Humanism in Ghana