As the old saying goes, the pen is mightier than the sword. And it’s never mightier, than when it’s being used to check a box on a ballot paper. A populist, somewhat nationalistic, cloud has descended on the western world, but it has one silver lining. People are starting to really engage with the political process, perhaps for the first time in years.

What is a populist?

It’s important that we define the term ‘populism’ for the purposes of this article. If we call someone a populist, we are usually saying, quite simply, that they represent a popular cause. Populism isn’t necessarily a bad thing. In fact sometimes it can serve as a powerful agent for positive societal change. But the term has taken on a darker meaning of late.

If we put the term populism into the modern context, then we’re talking about a political movement which demonises the ‘other.’ This is usually someone who has a different skin colour, nationality, sexual orientation, gender  identity etc. to most of society. We have seen these minorities become scapegoats upon which all of society’s ills are blamed. So it’s fair to say that this populism is a somewhat nationalistic, xenophobic movement. The phenomenon’s roots were laid as far back as 2008, but it reached its height during the politically game-changing year of 2016.

We say that money is the root of all evil, but there’s an argument to suggest it’s also a key driver of political change. In a democratic society, where people theoretically have a say in how their society is run, many often vote based upon economic concerns. When they’re standing in the voting booth, for a lot of people, the choice of whom to select comes down to one crucial question. “Which candidate will make sure I have a job?” So economics often plays a decisive role in the democratic process.

We can argue, therefore, that an economic crash is the biggest kind of political shock event there is. When the economy tanks, people find their quality of life declining, as there are less job opportunities to be found. The most famous example of this is the rise of the fascist dictatorships of the 1930’s, in the wake of the Wall Street Crash of 1929. This sparked the Great Depression – the worst recession in modern history. The onset of fascism was one of the most significant political movements of all time; it led to humanity’s deadliest-ever conflict, World War Two. Therefore in many ways, it shaped our world, showing how radically one economic crash can transform our society.

And so we arrive back at 2008 – the year which saw the worst economic crash since 1929 – and brought along with it the Great Recession. Afterwards, global economic growth sank to its lowest levels in decades, and ordinary people around the world felt the pinch, as their bank balances took a massive hit. Just like it did in the 1930’s – if to a lesser extent – this inspired the rise of nationalistic, xenophobic sentiments, where the ‘other’ turned into a scapegoat for many problems in society. This is a common tactic politicians use when they’re looking to shift the blame away from themselves, after they have brought about a major disaster.

It didn’t help that the people who were responsible for the economic crash of 2008 weren’t punished. Over the preceding few decades, governments across the world, especially in the US, deregulated their banking sectors in the name of kick-starting economic growth. This gave bankers an ever freer reign to engage in dodgy banking practises, which put our money at risk. A gambler can only win so many times before they lose, and the banking community lost big in 2008. The fact they didn’t pay for this made a lot of us very angry with their enablers, the politicians.

The flames of anger fanned in 2008 may have been quelled quickly, if governments had rushed to put them out. But their response to the Great Recession was distinctly unimpressive. The global economy did start to recover, but you would never have known it unless you were rich. As Bernie Sanders is fond of saying, only the extremely wealthy felt the financial gains of the economic recovery. This mostly due to governments’ inability to tackle the issues that caused the crash in the first place, and this just made the rest of us angrier at the establishment politicians who allowed this to happen.

This anger, now that we understand the factors which created it, is perfectly justified. However, as we have done many times, we directed it at the wrong people, choosing to target immigrants. This issue was exacerbated by the migrant crisis of 2015, when refuges from the war-torn Middle East started flooding into Europe, understandably, to escape the carnage that was being wrought by the Islamic State in their lands, and anti-immigrant feeling rose further.

What started as a movement, culminated in nationalist sentiments sweeping countries such as the UK and the US. Its first tangible victory came in June 2016, when the UK voted to leave the EU (Brexit). There were many good people on both sides of the Brexit debate. However, some ‘leave’ campaigners framed Brexit as something which could return national sovereignty back to the British people. Many of these people had long-felt that the UK had lost this sovereignty long ago to bureaucrats in Brussels.

There were clear xenophobic undertones to some elements of the Leave campaign. It’s actually quite surprising that UKIP leader Nigel Farage, who was a driving force behind the Leave campaign, didn’t coin the phrase ‘make Britain great again.’ A similar version of this phrase would come to be popularised by a certain New York billionaire. It was quite clear that he and others like him believed that by removing the UK from the EU, and ending its obligation to permit freedom of movement to EU citizens, the UK would be a better place to live.

The Leave campaign’s anti-immigrant flavoured message was potent, resulting in a victory for Brexit. This shocked many people who believed the Remain side would triumph, due to the economic benefits of EU membership. If there was any doubt that at least partially, xenophobia inspired this result, these were dispelled by the sudden rise in racial hate crimes in the UK  after the referendum. It was clear to many of us, that racists, a small but dangerous portion of society, felt emboldened by this result, and so racial hate crimes rose as a consequence.

The movement’s biggest victory came one year later when Donald Trump became the next President of the US. During the election, Donald Trump quickly showed that he is an out-and-out, avowed racist. He did everything from proposing to build a wall to keep Mexicans out of the US, to pledging to ban Muslims from entering the US. Do you see a pattern here? His message proved tempting in an America ravaged by the Global Recession, and he rose to power. The US saw a similar rise in racial hate crimes after Trump triumphed in the election.

Those of us who champion diversity may not like what the rise of this breed of populism has wrought but there’s no denying that it has boosted democratic participation. The most obvious example is the 2014 Scottish independence referendum. This may not have been fuelled by xenophobia. Yet it was certainly driven by nationalist sentiments and anger against the political establishment. A massive 84.6% of eligible voters took part in this election. It had the highest voter turnout of any British election since the UK established universal suffrage.

Also the UK’s EU referendum saw a turnout of 72.2%. This was higher than the turnout for for the 2015 general election, which came in at 66.1%. The latter kinds of contest historically see higher rates of voter participation than referendums in the UK. Turnout for the last referendum the UK held, which was in 2011, was a measly 42%. It is apparent these elections inspired more people to break out their pens and tick those ballot boxes.

It has also become increasingly obvious that people are responding to the rise of this brand of populism, by making their voices heard. The day after Donald Trump, who fits the definition of a sexist almost to a tee, was inaugurated, an estimated 4 million people took to the streets of US cities. They took part in women’s marches to protest the anointment of a virulent sexist to the highest office in the land. These protests spread like wildfire, and women’s marches were held in various countries worldwide, from the UK to Japan. People proved eager to denounce the populist Trump and express their solidarity with women.

And this momentum gathered pace in the early month’s of  Trump’s Presidency. This became apparent when the GOP-controlled US Congress proposed legislation to replace Obamacare. The Obamacare programme made healthcare affordable for millions of low-income Americans. After the GOP bill came to light, those who it would have negatively effected aired their concerns in droves to Republicans at ‘town halls.’ This phenomenon swept the nation, making headlines worldwide. People created enough pressure to ensure that the GOP-sponsored bill never made it past the floor of the lower chamber in Congress. This shows that already, people power is actually enacting change in the halls of power.

It’s also hard to doubt that this populist up-swell is having a cultural impact, inspiring artists to speak out. It would have been unfashionable to do so just a few years earlier. The Trump Presidency, for example, has brought about a renaissance of US comedy. This has made stars of political comedians such as John Oliver, the host of liberal ‘fake news’ programme Last Week Tonight. Also Saturday Night Live, an US comedy sketch show, has become more relevant than ever. It has garnered acclaim of late for lampooning prominent political figures from both sides of the ideological aisle. These shows’ phenomenal ratings are a testament to the current political mood of our society.

But the impact of this populism on our culture extends far beyond comedy. The world of music has become particularly vocal about its feelings on the matter. Look at Katy Perry’s performance of her politically charged single, ‘Chained to the Rhythm’ at the 2017 Brit Awards. As the singer delivered her lyrics, ghoul-like puppets of Donald Trump and Theresa May swept across the stage like Grim Reapers. It was an extremely powerful performance, which bought home the stark reality of the times we’re living in.

Whether the modern populist movement has had a positive impact on society or not is a divisive question. This is another topic, perhaps best left for another day. What we cannot deny, is that the rise of nationalistic populist sentiments has been positive for the democratic process. It has increased participation in elections and led people to make their voices heard across society. Whether this increasing engagement in politics has a beneficial outcome, however, has yet to be seen. This growing momentum must be sustained to bring real change in years to come. 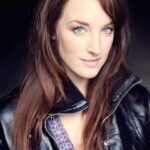 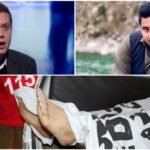