Dehumanising and objectifying language is being employed to justify the continued subordination of women to male desires. To right wing men, we are private property.

To left wing men, we are public property.

In either case, we are not considered to be humans:

The Objectification of women, the conceptualisation of the female as existing for another’s desires and use not her own, the splitting of her into parts rather than a whole person, has taken on a feverish pace in the last few years. Have you noticed an increased push for woman as costume, woman as womb, woman as sex toy, woman as purchasable? Sandra Lee Bartky has outlined how ‘sexual objectification occurs whenever a woman’s body, body parts, or sexual functions are separated out from her person, reduced to the status of mere instruments, or regarded as if they were capable of representing her’.1 This is what is happening when terms such as ‘people with vaginas’, ‘birthing people’, or ‘cervix haver’ are being used to describe women to make some men happy.

It is easier for States to remove women’s rights, or permit companies to, when they are not sex based, like our oppression, because terms such as ‘people’ and ‘parent’ obscures the discrimination based on sex and that these are issues specific to women. For example, when Poland banned abortion for women, Amnesty responded by claiming it as a people’s problem, as if it impacted males in the same way. 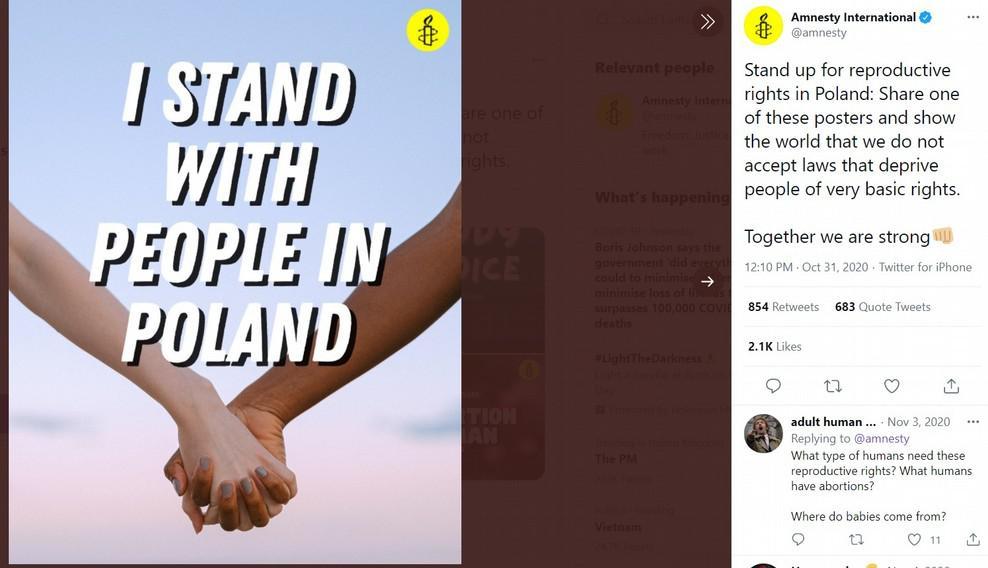 Similarly, when Honduras banned abortion it was reported as a law which targeted ‘pregnant people’. 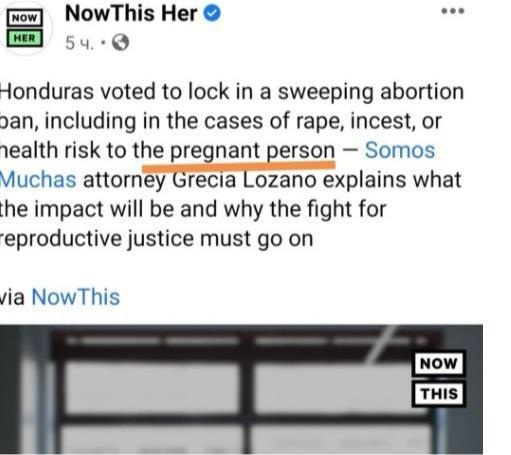 This is hiding both direct and indirect discrimination in linguistic tricks and glossing over the ideological motivations. It is obscuring the fact that it is males exploiting the reproductive resources and bodies of females.

Reducing women to their bodily functions or individual parts has serious consequences. Repeated psychological studies have shown that dehumanizing messaging can influence how people are treated and what behaviour of others is tolerated. This is well-known and hardly a revelation. High school students in the U.K. learn that the Nazi propaganda about the Jews played a significant role in enabling the Holocaust. Indeed, as David Livingstone Smith argues in Less Than Human, ‘during the Holocaust, Nazis referred to Jews as rats. Hutus involved in the Rwanda genocide called Tutsis cockroaches. Slave owners throughout history considered slaves subhuman animals… it’s important to define and describe dehumanization, because it’s what opens the door for cruelty and genocide’.2 In a variety of studies psychologists have shown how dehumanizing messages influence how we think about and subsequently treat people. Allison Skinner relates how ‘in one study, after researchers subtly primed participants to associate black people with apes, the participants became more likely to tolerate aggressive, violent policing of black criminal suspects. Another study exposed participants to metaphors comparing women to animals. The participants subsequently showed a spike in hostile sexism’.3 Another ‘set of studies found that men who showed stronger automatic associations between women and animals reported a greater proclivity to sexually harass and assault women’.4 This is what feminists are talking about when we speak of the dangers of the dehumanisation of women in pornography, and now language more widely. Porn prepares men to tolerate violence and discrimination against women. Yet, although it has been a persistent complaint from feminists for centuries, Objectification and commodification of the female has exploded with renewed vigour and a progressive glaze.

Why? Why now? We are in a unique ideological and economic context. Pornography has inculcated the view of women as objects for men’s pleasure, less than human, and eroticised women’s oppression while at the same time the world comes to terms with the economic depression of 2008 onwards and the Covid-19 related uncertain economic landscape.5 Subsequently, there is a push for use of women as a resource. Yes, women have always been used for free labour by men. From free housework, cooking, childcare, personal assistance, emotional care to secretary but, thanks to liberation movements across the past century, it is now deeply unfashionable for men as a sex-class and individually to be so openly exploitative. He, the collective ‘he’ and the individual, must maintain the lie, the shadow performance of female advancement. Women, in the West, despite the almighty roadblocks such as custody battles, raising children on a single income, potential coercive control to name a few, can leave. Since Caroline Norton’s campaign resulted in the Custody of Infants Act 1839, combined with more grounds for divorce being allowed in 1969 and women being permitted their own bank accounts without a husband’s or father’s signature in 1975, men have had to make more of an effort to persuade women to stay and labour for free. As women’s educational achievements and entrance into the workplace at all levels increases, men as a class would like to put us back in what they have determined is our place but cannot say so without social sanction. In comes the progressive language and obfuscation. As Peter Beinart has discerned, ‘no matter how high a woman ascends, she’s ultimately just a body whose value is determined by men’.6 States, still a male political system to serve men’s interests, have begun openly profiting from the sale of females.

At the time of writing, not one councillor in any of the areas where the ‘Trans Kids Burn TERFS’ posters are displayed have condemned the message.

Scott Jacobsen reports on the recent women’s empowerment and advocacy for women, and girls, work by Sophie Grégoire Trudeau through a new campaign.