This article on the Yorkshire Ripper, Peter Sutcliffe, was commissioned and then rejected by a newspaper who deemed it ‘too controversial’.

It was first made available on Joolz Denby’s Patreon.

Shall I meet you by the Memorial?’

‘Oh, no, best not – not with all this going on, I’ll meet you inside, better safe than sorry’.

The boys in the Interchange make remarks as usual, the same old banter, ey up love, where you off, fancy a snog? But now it’s laced with other, darker comments – watch out, Ripper’ll get yer, he’s not fussy, is he, eh lads?

Sutcliffe changed the City. I think it’s fair to say that. It was pre-Ripper and post-Ripper. Post, during, was not dawdling on the way to meet your friends anymore, not chaffing the lads back, not wanting to take that short cut home. Still, they said, he does only take prozzies. Take – it stuck in my mind. Like the shadows in a ginnel thickening and massing into a predator who vanished you, then spat out the remains. Your remains. Their remains. And the women – no better than they ought to be, my neighbours bridled. Go on like that, what do you expect, like? The Press salivated over the victims lives, every detail of their ‘night time activities’ or their ‘life of prostitution’ as if they were a different species, not quite human, not proper women. There was fear in the City, the articles said, that he might strike at a decent woman. It made me furious. They were women, of course they were, what gave anyone the right to think less of them, disregard them?

I knew there were women organising marches to ‘reclaim the night’ but I didn’t know them, they weren’t from our set. They were from the University, we thought, students. I read one of them said never mind a curfew on women, there should be a curfew on men! I repeated it in the pub, pleased with it. Loada crap, said the lads, one of them bloody Women’s Libbers. It’s not lads’ fault if lasses like that get in trouble. You want to watch it, you’ll end up like them. The Women’s Libbers, I asked. They looked away. I knew they meant the others, the victims, the haunted faces I saw staring in unforgiving photos from grubby newsprint. The women. Their eyes seemed to hook into me, to say, I am you, a woman, I’m not a piece of disposable trash, I didn’t want this, I wanted to live.

And the Police. The portentous droning voices of pie-fat men in cheap suits, you could smell the fag smoke through the telly as they dismissed the victims as having brought it on themselves. As if anyone would, as if anyone ever would. The fake tape – that snide North Eastern jibe, the cruelty of it. Men getting back at men and damn the women they put at risk of unimaginable horror. I knew a lad from Middlesbrough. He got pulled in three times for his accent and the size of his shoes. Three times. Nervous, I said, if you are the Ripper can I sell my story to the News Of The World? No one laughed. He said yeah if you give me a cut, but he was watched after that, everyone wondered.

Later I wrote a novel about it all – that thought that it could be anyone, could easily be a lad you knew, but didn’t really know at all. Who harboured that great and terrible hatred of women, who was terrified of women’s power over him, who wanted to obliterate them from the earth for his desire for them. Not mad, no. Weak. That’s what people didn’t get. The Ripper was a weak, frightened man consumed by a rage so primitive and savage it ate him up, made him a brittle shell that carried that dense, bloody fury around, that was only satisfied by death.

The women were just in his path. Any woman would have done but poverty and abuse, lives marked by lack of chances, lack of any kind of support threw the women in his way. Even now I wake sometimes in a sweat thinking of what they suffered, those poor women, those souls. The terror of it, the cruelty.

I’m glad Sutcliffe is dead. I’d be a hypocrite if I said otherwise. I hope he suffered, which isn’t nice but then, it’s what many do hope, who think of what the women suffered at his hands. Misogyny and sexism, the abuse of women, violence against women is on the rise, seems we learnt nothing. Men get let off terrible crimes against women every day – they should see what we women think of Sutcliffe, know we see them and their crimes. Know they aren’t let off, aren’t forgiven.

I used to drink in the Royal Standard with the motorcycle gang I was in. Oh ey up, the lads would say, there’s Panto Satan and they’d point at a fella in the other bar, dead white skin, eyes like sloes, curly dark hair and an old fashioned black moustache and beard combo. Just like a Pantomime Devil. Later, when he’d been caught, I recognised him. The very Devil himself.

Remember the women, forget Sutcliffe. This time the Devil doesn’t get the last word. 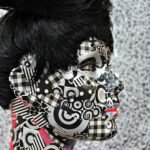 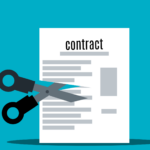 The Persistence of Paul Blanchard: No Cancel Culture for Straight White Men