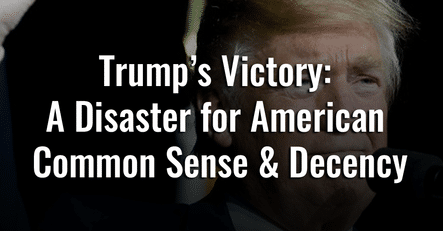 Things weren’t supposed to be this way. Hillary Rodham Clinton looked as if she was treading a sure path to the White House. All major pollsters and newspapers were projecting that America waking up to their first female President-elect was all but inevitable. Trump had simply fought too divisive a campaign to win over enough of the electorate for victory. Or so we thought.

Through the course of the presidential race and the primaries before that, Trump expressed a shocking disrespect for women, demonised Latinos as rapists and criminals, mocked the disabled, and voiced a profound intolerance towards Muslims and refugees. He also said that Black Lives Matter, a group which fights for the right of black people not to be shot by police, was “trouble”.
In spite of all this, Trump managed to secure a much higher percentage of female voters than expected. Even more surprising, he reportedly managed to attract about one-third of the male Hispanic vote and a quarter of the female Hispanic vote; a group which one would have thought had far too many reasons to vote the other way.
But most of all it was the white vote which led him to victory. As New York Times pundit Nate Cohn said in the early hours of this morning, white working classes decided to vote as if they were a minority group – while counting for over 40% of the electorate.
Something has gone desperately wrong in America. Obama was elected upon a progressive vision of hope and prosperity for all, regardless of race, class or background. Under his leadership America successfully steered its way out of depression, unemployment decreased from 10% to 5% and Obamacare was brought in, giving millions of Americans affordable health insurance.
Yet, clearly, many Americans feel they have been left behind under successive governments. A political revolution of this scale – one that people are calling the biggest electoral upset in US history – could not have had its foundations laid in the space of just eight years. Workers believe with good reason that they have been left behind by globalisation – and, by extension, the US political establishment which has done too little to shield working class Americans from the unjust effects of this unstoppable historical shift.
Trump’s protectionist, nativist, isolationist, nationalist platform gave these people the chance to take a sledgehammer to the liberal political consensus and shut out the rest of the world. The electorate’s dedication to break a system that wasn’t working for them is apparent in that during the race voters did not seem to care about the despicable bigotry he displayed or the avalanche of barefaced lies he told.
In their anger they have voted for a megalomaniacal demagogue who cares nothing for the democratic process and has almost as little respect for the American people. No person can tell so many falsehoods and believe the American demos should be accorded dignity and ultimate sovereignty over the country.
Furthermore, his policies will be a disaster for the US economy, the US’s position on the world stage and much of the rest of the world. His crude protectionist policies will likely backfire, just as protectionist policies failed under Obama, the fallout likely to hit working class and impoverished Americans the hardest. His lacklustre position on NATO, his reported contempt for the EU and his isolationist outlook in general will empower Putin. The Russian leader is now far more likely to try his luck in the Baltics knowing that Trump will be reluctant to take action and will probably take bolder action in places like Syria so as to shape the world order to his advantage.
The hope for liberals and anti-Trump conservatives is that even though the Republicans have retained both the Senate and the House of Representatives, most will not support many of the headline policies on which Trump was elected. The American political system consequently may well stop Trump from being able to carry out his most extreme domestic policies. However, there is little either house can do to shape Trump’s foreign policy.
The American people yesterday decided to give the presidency to a man whose intolerance, misogyny, racism, bigotry and capriciousness threatens the greatness of their country and the stability of the world. Today, Donald John Trump reigns supreme, whilst American common sense and decency lies in tatters. 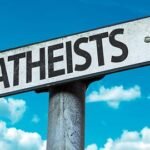 50 Shades of A-theism: A Compendium of Discrimination Against Atheists 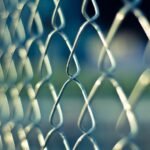 Cutting The Costs of Crime