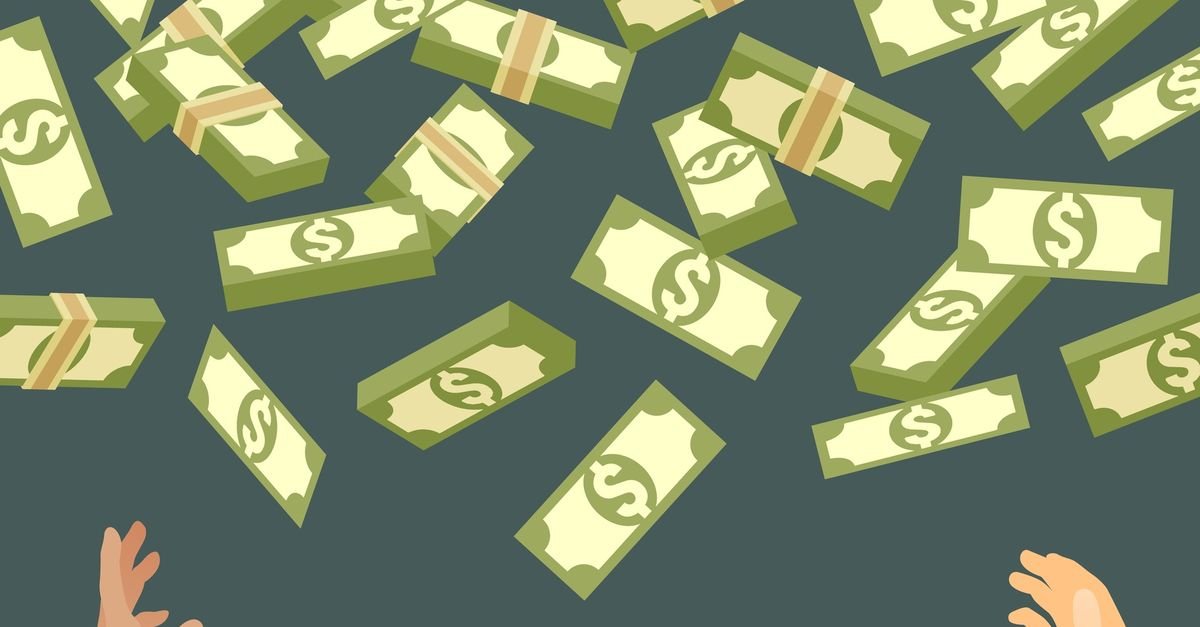 Defining UBI and its aims

Universal Basic Income (UBI) is defined by the Basic Income Earth Network (BIEN) as “a periodic cash payment unconditionally delivered to all on an individual basis, without means-test or work requirement.” This revolutionary idea aims at improving standards of living, health, education, job satisfaction, and reducing poverty, unemployment, and crime, amongst others, as pilot programmes have successfully shown.

The idea is simple: Every citizen receives from their government a certain amount of money, periodically and without any conditions, such that their standard of living is adequate for covering their basic needs.

UBI, basically, aims to protect what Article 25 of the Universal Declaration of Human Rights says,

Rather than struggling to raise their standard of living to an adequate level, citizens can get this secured by their government. Wherever it was applied, adequate standard of living was treated as a right, not a privilege, with the results being more than positive, in both developed and developing countries.

All people should have enough money to be able to buy food, water, clothing, have a roof above their heads, and be able to receive health and education in good standards. In today’s world, the 8 richest people own as much wealth as half of the world’s population, while more than 1.3 billion people live in extreme poverty. UBI does not aim to close the wealth inequality gap, although it can be one of its achievements in the long-term, but it primarily aims to ensure that humans won’t lack what keeps them alive and secure.

“In today’s world, the 8 richest people own as much wealth as half of the world’s population, while more than 1.3 billion people live in extreme poverty”

Its secondary aims, especially in developed countries, is to ensure that, after primary needs have been guaranteed, humans can work to develop themselves, get engaged into their community, and strengthen their democratic participation.

Moreover, a great perk of UBI, and something that differentiates it from other kinds of social welfare schemes, benefits and allowances, is that it provides a job ‘safety net’. Under UBI, unemployed people will not get ‘penalised’ for looking for a job, that is, they won’t lose their unemployment benefit. Thus, they will not be less willing to search for a job. The same applies to employed people, as they will have greater flexibility in changing jobs, without fearing that them being unemployed will result in a reduction to their standard of living which would pose a threat to their basic needs. UBI is not treated as a substitute for work, but as a scheme which achieves, in a simple way, to provide people with what they only receive conventionally by working.

UBI as a measure to tackle automation

What is more, as numerous Silicon Valley entrepreneurs, like Bill Gates, Elon Musk and Mark Zuckerberg have noted, not only is UBI a government policy which treats human beings with dignity and respect, but it will be a necessity in a world in which jobs are taken over by automation. A University of Oxford report has found that “45 percent of work activities could be automated using already demonstrated technology”.

The developing world is most at risk by automation. Consisting of countries experiencing extreme poverty, the effects of automation to the developing countries will be damaging. That’s the reason UBI must be considered a necessity if we want to move towards ensuring that people around the world enjoy a sufficient standard of living.

Jobs are considered to be the only means through which citizens can receive money to enjoy a standard of living above the poverty line, and security. UBI will ensure that, as unemployment rises because of automation, the number of people who are not in poverty will not only stay stable, but will increase.

Proper preparation, training, and education of workers for handling the technology of the future is not taking place at a rate which will ensure that the growth AI and robotics technologies will accommodate for the lack of human knowledge in performing a task which is done by a machine.

UBI can benefit the economy as a whole

Besides automation, another major reason why the introduction of UBI will be beneficial for the economy is that it will increase aggregate demand, potentially giving a great boost to economic growth. In a study by Roosevelt Institute, it was reported that a full universal basic income in which every adult citizen receives $1,000 per month “would permanently grow the economy by 12.56 to 13.10 percent — or about $2.5 trillion come 2025”.

What is most important about this study is that it gives an answer to the major criticism of UBI: Where is the money used to fund UBI going to be found? Roosevelt Institute’s report models the impact of UBI if it’s paid for with taxes and notes that a full universal basic income would grow the economy by about 2.62 percent ($515 billion).

From theory to application

Of course, all is good in theory but UBI would enjoy limited credibility and attention if it wasn’t practical and applicable. The idea of UBI has been applied and tested to numerous cities and states across continents since the 20th century, and the results had been positive and promising for the future. Obviously, UBI was never tested as a ‘universal’ scheme, as its name suggests. Such a tactic would be naïve and immature. Its results should first be seen in micro-level before moving on in applying it to the macro-level.

One of the first and most known Basic Income experiments was the Manitoba Income Maintenance Experiment (MINCOME), which was held in the Canadian city of Manitoba from 1974 to 1979. Ten thousand Canadian citizens received between 3,800 and 5,800 Canadian dollars per year, for the duration of the scheme. The experiment was contacted under Prime Minister Pierre Trudeau, the father of the current Prime Minister of Canada.

Although no official report was issued, Evelyn Forget conducted an experimental analysis of the experiment’s results. She found that the only groups who worked less were mothers with newborns and teenage boys. This highlights a great benefit of UBI, as it allows people to spend more time on family and education. In fact, as it was reported in interviews after the experiment ended, new mothers chose to spend more time at home with their newborns, and teenage boys would stay at school to graduate, instead of having to drop out of school to enter the workforce and support their family. Also, those who chose to stay in the workforce, reported greater flexibility in choosing what type of work they did.

As Forget’s report shows, there was a decrease of 8.5% in hospital visits, “especially for admissions related to mental health and to accidents and injuries, relative to the matched comparison group”. The main emphasis of the report was how health is affected under a UBI policy, with the results indicating that health significantly improves under UBI.

Canada has taken further steps into implementing a true UBI, in Prince Edward Island, the smallest Canadian Province. The scheme aims to reduce incidents of crime, support start-ups, fight bureaucracy, and boost economic growth. However, the scheme still awaits for funding from the federal government.

What is more, Ontario, Canada, will test UBI in several of its communities this fall, aiming to help impoverished families cross the poverty line, ensure sufficient healthcare and education for its residents, and improve work satisfaction. “People should not be concerned that a guaranteed minimum income would mean those on social assistance are suddenly living on easy street”, Senator Art Eggleton said, stressing the importance of a job ‘safety net’.

In Europe, Finland has started a 2-year UBI project, beginning January 1st 2017. 2000 randomly selected citizens receive €560 per month. The program gives greater work security, especially in an era in which automation will threaten most job positions. Also, it doesn’t make people unwilling to look for a job, but on the contrary, it makes them more willing to do so, as searching for a job does not mean that they will lose unemployment benefits. It’s also expected to reduce the complex and expensive bureaucracy in Finland.

The city of Livorno, in Italy, in 2016, started giving $537 per month, for a 6-month period, to the 100 poorest families in the city, to cover their basic needs, such as rent and food. It’s these population groups that UBI aims in benefiting. A true UBI, however, being fair and unconditional, will also have to give money to the rich, or the top 1%. The effect this will have, however, on the national economy, will be miniscule.  The important point to take is that it will manage to help the low-incomers, who struggle to survive.

Developed countries were not the only places where UBI was tested. UBI was implemented in developing, and lower-middle-income economies as well. In India, in 2010, 20 villages took part in a UBI project. Families residing in the villages which received basic income spent more money on healthcare and food, while there was less general poverty and less social exclusion of minorities. Also, school performance improved in 2/3 of the families.

An ongoing UBI experiment in Uganda, by Eight, a charitable organization, reports that “Every child is going to school in that village now, whereas before it was around 50 percent”. What is more, it was reported that villagers save some of the income they receive and they allocate it to a ‘community fund’ in order to invest in larger expenditures. The program also increases business assets by 57% and earnings by 38%.

Universal Basic Income has been proven strong in all battles it has given so far. It appears to be a great solution against poverty, income inequality, starvation, bureaucracy, automation, and significantly improves healthcare, education, and employment. These are provisions that should not be considered a privilege only enjoyed by a certain percentage of the population, but a human right enjoyed by all. 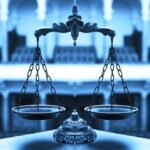 Law and Sovereignty in the 21st Century 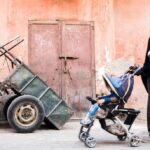