Watch or read as Dan Fisher lays out the case against a Quillette article arguing that radical feminists are as bad as extremist transactivists.

If the above embedded video is not available on your browser, you can access the video here.
On January 2nd, Quillette published an article warning against ‘centrist liberals’ teaming up with radical feminists against transactivist illiberalism.
The article has already been revised to correct several glaring errors – including misattributing views to friend of Conatus News, Dr Jane Clare Jones. At the time of writing this article, another prominent feminist writer is disputing references to herself within the article.
Skipping past the attribution errors, the article begins by suggesting that radical feminists subscribe to a ‘gender theory’ of their own. This is true only insomuch as one can consider a rejection of gender entirely as a ‘gender theory’. If so, then it can only be reasonable to suggest that everyone has their own views on the nature of gender. As we will come to see, the author very clearly has her own ‘gender theory’–just another ‘dubious ideology’ in her own words.
The author claims that radical feminists believe in ‘the blank slate’. This is a concept worth fully exploring in its own article, but suffice to say that very few radical feminists subscribe to what could be described as ‘blank slate’ beliefs. It is worth questioning whether anyone at all in the present day believes humans are born without inclinations towards behaviours of any sort. Even if, as the author insists, and many people believe, behavioural differences are encoded into male and female biology, it does not necessarily follow that gender norms of the present day are an accurate representation of such biological differences.

“Even if…behavioural differences are encoded into male and female biology, it does not necessarily follow that gender norms of the present day are an accurate representation of such biological differences.”

It is perfectly possible to believe, as even many gender critical feminists do, that some innate behavioural differences exist between the sexes, and also that gender is an ideology imposed upon the biological sexes as a means of control. In much the same way as one can recognise that genetic difference exists within humanity as a whole without endorsing racism.
The author discusses John Money’s experiments on David Reimer as potentially demonstrating the innate nature of gender. But it is highly disturbing to do so without mentioning the serious ethical violations and generally unscientific nature of his experiments.
She then goes on to hypothesise some mechanism by which transgenderism might be determined by hormones and brain chemistry. But this is, as ever, only a hypothesis. She then uses this hypothesis to affirm transgenderism as consistent with an understanding of woman as adult human female.
The author claims that the forced transitions imposed upon homosexual people in Iran cannot be compared to elective surgeries taken in the West. Perhaps this is true, but organisations such as Mermaids, which is only a support group with no scientific or psychological underpinnings,  and yet advocates for chemically transitioning children, are being given charitable funding in the UK. Mermaids have even played a heavy role in advising the production of a national television show. Transitioning gender-non-conforming children, who by nature cannot consent, is absolutely comparable to the Iranian practices.
She asserts that the suffering felt by transgender people proves that gender dysphoria exists. No doubt; this is purely a tautology. Gender dysphoria is, by definition, the suffering felt by trans people. The dispute at hand is over the cause. The author makes it clear that she fully believes it emerges from biological brain differences, without providing anything more than hypotheticals in support of her belief. It becomes obvious at this point, if it were not already, that the author does indeed possess her own ‘gender ideology’.
In the second section of her piece, the author argues that the specifically virulent opposition radical feminists are met with is not in fact an element of gender-based violence, asserting that ‘no-one cares enough when men are abused online’. She considers transactivist claims of abuse to be evidence that this is not a ‘one way street’–when radical feminists have been collecting and categorising the abuse directed at them for years. One of the most bizarre assertions of the piece is when she cites an incident which occurred in 1973–over 40 years ago–as evidence that radical feminists also seek to silence women. Using such examples, she suggests that the ‘intellectually honest’ position is to conclude that ‘we don’t know’ who gets more abuse online. I would suggest that this is, in fact, an incredibly dishonest position.
As we evaluate the piece as a whole, we are forced to conclude that its author is a fully subscribed supporter of gender ideology. She believes that transgenderism is a legitimate reflection of innate brain differences between men and women, thus demonstrating, ironically, the exact opposite of the point she intends to make. Transactivism is broadly compatible with conservative views on gender.
We should recognise the important role that conservatives play in political discourse. But it would be wise to remember that just as they stand with us as we seek to oppose fake progress, they will stand against us when we seek to advance real progress.

The Solution to the War On Drugs and the Addiction Crisis? The Free Market. 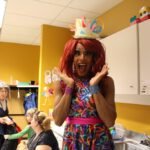