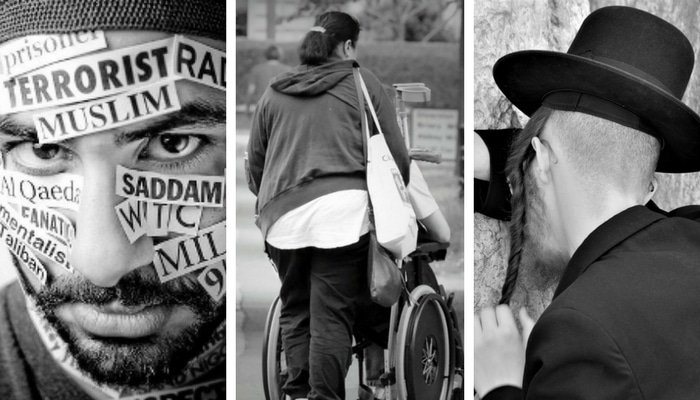 When my mother was pregnant with me, she was recommended thalidomide by her doctor to counter her morning  sickness. She refused. I am glad she did.

Now, when I see someone affected by thalidomide, I’m often reminded of my mum’s decision, and I feel extremely glad she made it.

Until now, I’ve never suspected there was anything wrong in my response to seeing folk badly affected by thalidomide. However I was to read a tweet by a disabled person, which detailed that when one thinks ‘I am glad I don’t have that’ on seeing a disability, it makes one an ableist.

“Yes it’s a mistake to assume someone with a disability (i) is consequently miserable, (ii) can’t lead a fulfilled life, and (iii) can be reduced to their disability. But that doesn’t make thinking: ‘I’m glad I don’t have that disability’ on seeing a disability prejudiced.”

The response to this? I was accused by lots of people of being ableist, of mansplaining and ablesplaining, and other bad things. It was also suggested that I was victimising this disabled person and abusing my position of power.

In particular, it was suggested I was not qualified – I lacked the authority – to even make such a comment. Why? Because I am a male, able-bodied person. Furthermore, I lack any academic training on the issue of disability.  I was told therefore that I should really just apologise and shut up.

False and poorly-founded accusations of prejudice

The main reason I challenged (in what I thought was a pretty mild, qualified way) the claim of ableism is that I’m concerned about the way false accusations of prejudice and bigotry can be used, sometimes quite deliberately, to restrict free speech.

False or poorly-founded charges of antisemitism and Islamophobia are often made with the best of intentions. People are rightly concerned about prejudice, and right to call out what they believe are examples of it. However, in at least a few cases people have deliberately smeared critics of Israel and Islam with these false accusations.By means of false or poorly founded accusations of prejudice, certain conversations and ideas can be, and are, subtly redacted from public conversation.

Of course, this can happen with other accusations of prejudice too. Reasonable unprejudiced points made about race, sex, disability, and so on can be, and sometimes are, similarly squeezed out of the public domain. Fear of the witch-finder’s accusatory finger again causes people to self-censor.

‘But you’re not qualified to speak on this!’ 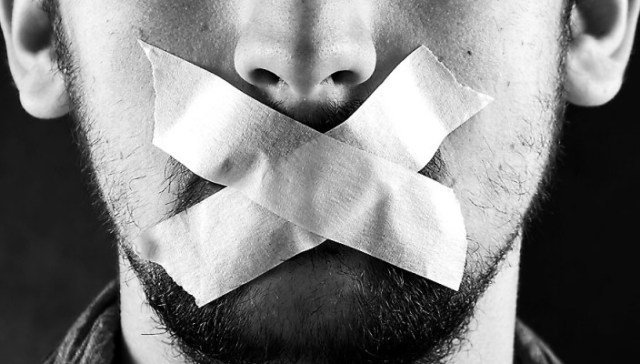 What happens when suspect accusations of prejudice are challenged? The following is not unusual:

These further accusations have a rather sinister, Orwellian consequence. If one is falsely or baselessly accused of prejudice by this means, one is completely unable to defend oneself. Suppose, for example, that I criticise Islam. As a result I’m accused of Islamophobia. In my defence, I explain why I don’t think I’m guilty. The accusers may come back with a statement along the lines of: ‘But you’re not Muslim, are you? So you lack the authority to determine what is and isn’t anti-Islamophobia. Indeed, you’re not even qualified to speak on this topic. So shut up! If we say you’re guilty, you’re guilty!’

A further unfortunate consequence of the second above statement is that the minority becomes infantilised. To say that a minority should not be presented with even a carefully worded and qualified criticism of their views when they themselves are accusing others of prejudice is to treat them as less than grown ups. If they’re mature enough to make such accusations and have them taken seriously, they are capable of hearing a dissenting voice.

I must add some important qualifications to what I have said above:

(i) As a matter of fact, minorities often are best-placed to recognise when they are being discriminated against. It’s only when one is say, a women or black that one notices the sometimes subtle and low level incidences of racism and sexism. We need to listen carefully to minorities in order to understand the prejudice against them. They really do have an expertise that the rest of us lack.

(ii) It is good that we are are constantly reminded and kept on our toes about the prejudice that exists, and about the prejudice of which we may ourselves be guilty even though we don’t realise it. Sometimes it takes a member of a minority to point out just how harmful my words and actions – that I had not even registered were prejudicial – are to them. Sometimes we would do well to just shut up and listen for a bit rather than immediately going into a defensive mode.

(iii) People who really are bigoted will often say exactly what I say above. They too will say they are being unfairly silenced, etc. Some may argue it is good we make these people feel intimidated, and that we apply psychological pressure  so that they do not voice the things they’re thinking. I am undecided about that.

On the one hand, there’s the fear that if one starts to let people voice their toxic prejudices, a Pandora’s Box will be opened. Such odious views will be normalised. On the other hand, there’s the worry that forcing people to suppress their prejudices will leave their toxic views to fester unchallenged, which will ultimately create a pressure cooker that will eventually explode.

(iv) We need to be aware of context. If someone cites scientific data that seems to them to support the view that Chinese folk are more intelligent than white Westerners, who are, in turn more intelligent that Black folk, that by itself does not make them prejudiced. However, this person could still be prejudiced, and indeed the way in which they found or collected that data, their motivation in doing so, and their subsequent use of that data might very easily manifest deep-seated prejudice. Taking a step back and looking at the wider context may reveal that what, when considered in isolation is not prejudiced per se, is nevertheless symptomatic of deeply prejudiced views.

These are four very good points. However, they don’t require that I should just shut up and listen – and passively accept the judgement handed down to me – when someone says my criticism of Israel is Antisemitic, my criticism of Islam is Islamophobic, and that my thinking that I’m ‘glad I don’t have that disability’ is ableist.

Indeed, it seems to me that I have a moral duty to stand up and voice my disagreement pretty vigorously if I feel I am being unjustifiably psychologically pressured to shut up. If I self-censor, I myself contribute to the subtle erosion of free speech. 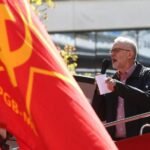 The Corbyn Confusion: The Dangers of Leftist-Nationalist Fusionism 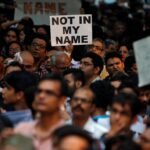 “Not In My Name” – Secular India Revolts Against Lynchings of Muslims