As concern mounts over issues of community segregation, the Afghan and Central Asian Association seeks to promote unity through its integration programmes.

Rabia Nasimi does not recall too much from her childhood under Taliban rule. She does remember, however, making the twelve-hour passage from Calais to the United Kingdom in the back of a refrigerated lorry when she was only five years old. This particular stretch of the journey followed an arduous escape across Eastern Europe.

“It was pitch black inside,” she says. “Once we got to the UK, we started banging on the sides of the lorry so they would let us out. We were terrified they would just leave us in there. It was nearly impossible to breathe.”

Dr. Nooralhaq Nasimi, Rabia’s father, was born in 1967 in the Parwan province of Afghanistan, a rural district North of Kabul. He lived through the horrors of the Soviet invasion in 1979 and the ensuing hostilities and civil war that eventually led to the Taliban’s reign of terror.

“It had become impossible for women to go to school, or even leave the house, and my father–an outspoken academic and advocate for the rights of women to be educated–was under threat,” says Rabia. “Torture and brutality at the hands of the Taliban had become the norm.”

When Rabia and her family arrived in the UK, none of them could speak English very well, despite her parents having been educated at the university level. The difficulties navigating their new host country eventually led Dr. Nasimi to establish the Afghanistan and Central Asian Association (ACAA) as a support system for refugees struggling with the logistics of living in a new country.

According to data from the United Nations High Commissioner for Refugees, “nearly 1 person is forcibly displaced every two seconds as a result of conflict or persecution,” and the number of displaced people around the world is the highest it has ever been. Harrowing stories reached the West throughout the European migrant crisis, which began in 2015 and forced the plight of refugees to the front pages. Fleeing war, especially the Syrian war, persecution, forced conscription, famine, and destitution, refugees are unable to remain in their native country. The flight to freedom itself is fraught with dangers, from abuse and torture at the hands of smugglers, who extort outrageous sums of money–often entire life savings–to secure a journey, to hostile environmental conditions, especially at sea.

Fleeing war,…persecution, forced conscription, famine, and destitution, refugees are unable to remain in their native country.

The perils hardly end at the host country, though. The bureaucratic processes involved in seeking asylum can be unforgiving. Refugees are often rejected on arbitrary, or absurd, bases. Although the waiting time is usually under a year, delays can stretch for much longer. Refugees are not allowed to work so long as their applications are undecided, and they are allotted allowances that barely cover the cost of food and basic necessities–and not much else. Available accommodation is often of poor quality. When, and if, refugees are granted leave of stay (permission to remain), they run against a different set of difficulties. They are often forced to take up occupations for which they are over qualified. They are victims of prejudice and dehumanising rhetoric that portrays them as swathes of malicious invaders rather than individuals risking everything–even their lives–for a chance. Not the least of these difficulties, however, are isolation and estrangement.

When, and if, refugees are granted leave of stay (permission to remain), they run against a different set of difficulties…Not the least of these…are isolation and estrangement.

The ACAA aims to help in this regard, providing practical and emotional support for Afghans and Central Asians living away from their homeland.

“We saw Britain as a place of freedom and safety,” says Rabia. “We were attracted by its model of integration, where people can express their identity and religion openly. We worked hard to adjust to our new community, and the challenges we experienced as we settled in the UK inspired my father to create the ACAA. Informed by our own first-hand experiences, we have been able to design holistic support for other refugees adapting to their new life here.”

Both Rabia and the ACAA have come a long way since those early days. Rabia is now studying for a PhD at the University of Cambridge and is among the winners of the WeAreTheCity Top 100 Rising Stars award, which showcases up and coming female role models. The ACAA, for its part, has won a Queen’s Award–the highest award given to volunteer groups across the UK–for its services supporting refugees integrate.

At the core of the organisation’s mission is a focus on empowerment through education. With a language barrier serving as one of the main reasons behind feelings of separation and inaccessibility to resources, the ACAA offers a valuable asset in its English language classes, Saturday school, and supplementary classes for youths in need of extra assistance with homework. It likewise offers aid on the employment front, providing workshops, volunteer placements, and social events that supply opportunities for networking and community cohesion. The ACAA offers guidance on housing, legal representation, and other relevant issues.

A special emphasis is also placed on women, who can especially benefit from the independence a mastery of English, political awareness, and employment advice and facilitation offer. A women’s group regularly convenes to study English, discuss current affairs, and exchange indispensable information on mental health, child protection, internet safety, and youth radicalisation, among other topics. Pashto, Farsi, and Arabic classes are also provided. The association’s website features a beautifully curated blog of articles that keep the reader up to date on salient topics and news relevant to Afghan and Central Asian communities: recognising hate crime, interning at NGOs, Afghan elections, and the latest in poetry, art and music.

The ACAA has bases in Hounslow, Lewisham and Croydon. It has also done work in Afghanistan and is developing citizen’s advice centres in Kabul and Pul-e-Khumri, offering free, impartial and confidential advice.

With concerns over de facto segregation and parallel communities in Britain at the forefront of the fight against radicalisation, xenophobia, and social friction, the antidote lies in unity and integration. For a sense of belonging to prevail in immigrant populations, these latter must be provided with access to resources that allow them to immerse themselves in their new communities uninhibited. Organisations like the ACAA aim to create this feeling of home by bringing people of a shared background together while also paving the way for new friendships and community ties in a place that is made less daunting through acclimatisation and empowerment. For more information, please visit the website at acaa.org.uk. 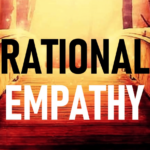 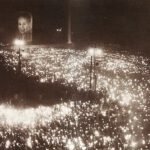 Conflicts in Post-Colonial Fascism: From Peron to Lebanon