Rational Empathy: How the Mind Reveals Objective Morality through Happiness is a debut book written by Rohit Balakrishnan from India, available for purchase from Amazon Kindle in an e-book format.

The questions about good and evil, right and wrong–or in other words, moral questions–have always perplexed mankind from time immemorial. What is morality? Is it about determining the correct authority who gets to decide how we all ought to live? A significant number of people have agreed to the existence of such an authority, popularly known as God. Granted, not everyone sees God with that vision. Those who see God as the moral authority have given him the authority to decide how we ought to live our lives. A growing number of people today find such a vision of morality indefensible. A significant portion of these dissenters argue that good and evil are completely subjective and nothing more than a mere personal opinion. In such a worldview, moral truths don’t exist. I wrote the book Rational Empathy primarily to deal with this seemingly unresolvable topic of morality. So, what is the truth about morality? Is morality determined by an authority – or is it a mere subjective opinion? The answer, according to my book is – neither!

Rational Empathy argues that good and evil exist as a matter of fact, and are determined through pure logical reasoning, just like any other truth is. Additionally, the key to determining true morality lies inside the mind itself. This book explains why empathy is the true foundation of morality, as well as how rational thinking over the foundations of empathy is the correct way to obtain moral knowledge, and solve moral problems. It also explains why happiness is the fundamental moral value and envisions a moral objective of maximising happiness in the world. One might wonder – isn’t happiness subjective? And wouldn’t this mean that any moral code formed on such a basis is subjective as well? Here comes the supposedly counter-intuitive argument offered by the book – moral value being based on subjective happiness doesn’t mean that the resulting morality is subjective. Morality indeed has everything to do with the mind. What makes morality objective is that moral truths aren’t affected by our opinion, nor are they affected by how we feel about them. Thus, morality is objective – or a matter of fact rather than subjective opinion. The book attempts to provide a water-tight logical explanation for the same without any gaps in logic.

What is the purpose of moral philosophy? We can’t solve all the world’s problems, can we? In reality, moral philosophy starts with correcting our personal life itself. This book outlines how the four principles of empathic attitude, rational thinking, fearless expression and continuous improvement helps us transform the world around us, starting with our own lives. And while we can’t solve each and every problem, we can solve at least some of them – wherever we can influence the world through our ideas and actions, and especially the world we get to interact with. One of the keys to solving moral problems is correctly understanding the nature of feelings – ranging from happiness to suffering. Often, people get stuck in their lives because they assume that they have no control over their feelings. This book explains why feelings, like anything else in the world can be analysed logically and how this helps us strive for more happiness in a rational manner. The key here is to live in a way that results in more happiness, instead of worrying about happiness. Happiness is not a destination or an achievement, but a journey and an experience itself. The overall moral philosophy of this book is named as “Rational Empathism”.

Further, this book delves into the importance of individual liberty and argues why obstacles to freedom of expression such as blasphemy laws are a much bigger evil than most people imagine. It analyses the important roles of government in society and explains the purpose of having the government involved in certain sectors. It also looks at the concept of free will, intelligence of the mind, the relationship between evolution and morality, and how all of this affects our lives. It rebuts the ideas of faith, tradition and culture being used to define morality. This book also focuses on the significant effects of religious doctrine on human behaviour. It explains how several irreligious people thoroughly underestimate the profound impacts religious scriptures have even in a modern world of improved science and technology. It critically analyses the religious doctrines of three major religions in the world – Christianity, Islam and Hinduism – highlighting both their positives and negatives. It looks into the alleged relationship Atheism has with morality, explaining why some of the popular beliefs regarding the morality of Atheism are wrong.

The book advocates a critical approach towards each and every moral issue in the world, including the most controversial ones. It encourages us to be open-minded and opinionated at the same time. It analyses hotly debated moral and social issues such as abortion, non-vegetarianism, blasphemy laws, feminism, marriage, sex segregation, Communism, immigration and education. It also addresses some important philosophical criticism offered to the type of morality advocated in the book. While offering strong opinions on important and controversial moral issues, the book emphasizes that everyone including the author can be mistaken, even in the most strongly-held beliefs. After the analysis, I leave some important messages for the readers, encouraging them to live their lives in the best possible manner and make a difference in the world. Rather than obtain a universal agreement on morality, what I intend to do is to make people think, and get the world moving on the right track with regards to morality. 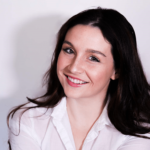