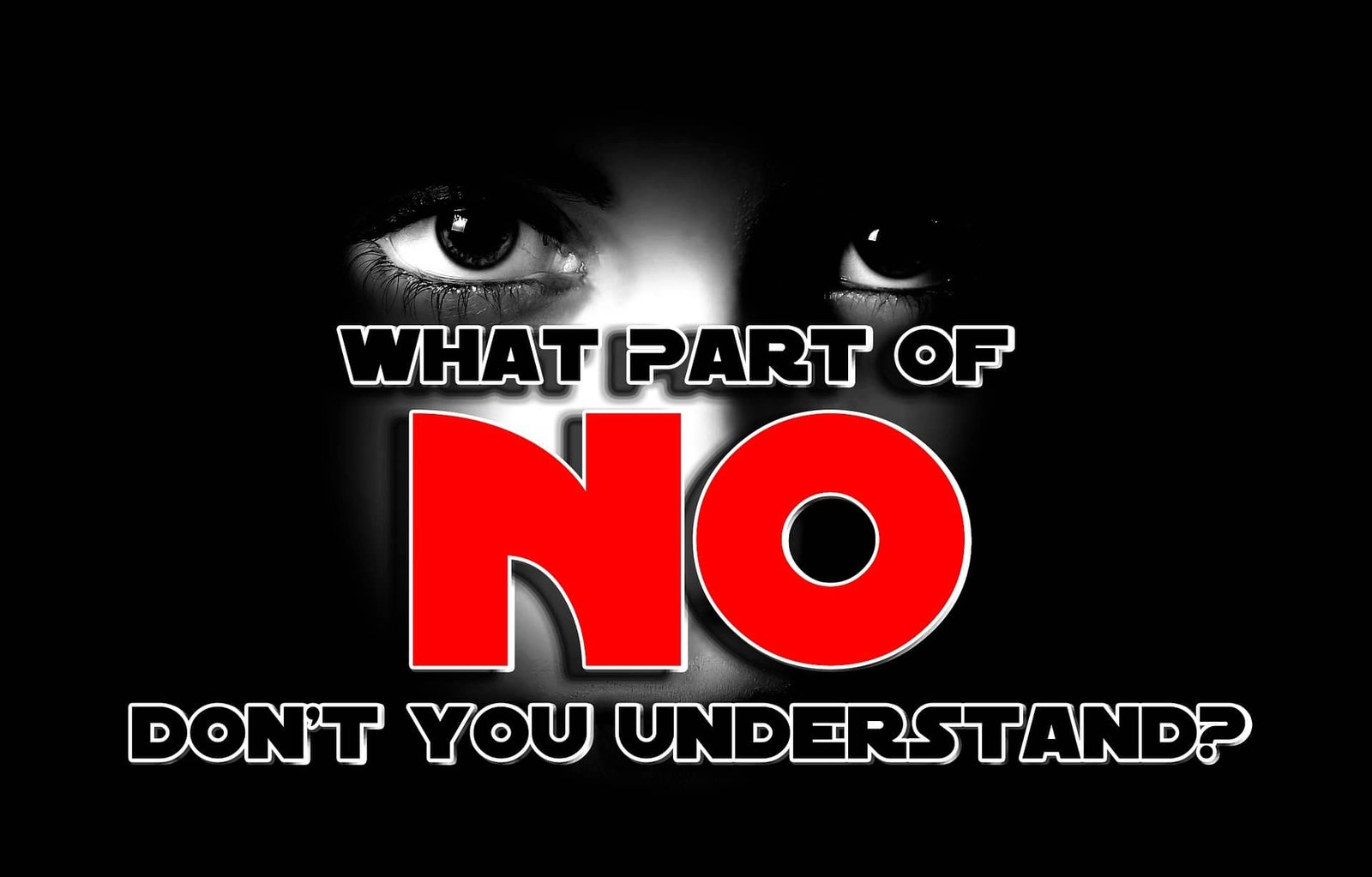 We need to disavow ourselves of the idea that “transgenderism” is anything but a men’s rights activist (MRA) agenda using tools of manipulation to present themselves as victims. All the rights being openly fought for by TRAs are men’s rights to violate women’s rights and bodily integrity.

In a very rapid and strange turn of events, this has all been promoted as social progress over the past decade.

There is an acronym designated specifically for this kind of abuse. It’s called DARVO. It refers to a reaction some perpetrators of wrong-doing, particularly sexual offenders, display in response to being held accountable for their behavior. It stands for Deny, Attack, and Reverse Victim and Offender. They deny their abuse, attack the victim in a way that creates a sense in the victim that they are the actual perpetrators. In short, it is gaslighting.

“Trans” rights activists have been screaming “transphobia” for six years now at anyone who doesn’t conform to the dictates of their agenda. This is classic DARVO gaslighting because the entire construct of “Trans” is a pathological fear of and an attempt to control biological reality. “Transgenderism” is the biophobic response to women’s ability to gestate and nurture new life in the species. Women exemplify the natural world.

“Transphobia” as it relates to individuals is non-existent because “trans” is a mythical ideology birthed in the bowels of technology and pharma. Without those elements, “transgenderism” does not exist in humans. It was constructed by sexist male doctors who objectified women. It is driven by men in the highest echelons of the tech and pharma industries. These men are posing as liberal do-gooders and hiding behind massively wealthy LGBT NGOs with seemingly unlimited power to reconstruct language, law, institutions, and reality – a reality without women, without sexual dimorphism. The state is deconstructing sex and wearing a rainbow flag while they do it and they are doing so for profit. This atrocity calling itself a civil rights movement is being deeply embedded in the marketplace, commodifying human sex as it breaches its boundaries and deconstructs it.

Science journals, universities, K-12 schools, religious organizations, journalists, teachers, politicians, governmental organizations, banks and corporations are all contorting themselves to adapt to this dystopian, mechanical ideology that is deconstructing sexual dimorphism and with it, women, via the threat of financial and social ruin.

Laws are being drafted and passed to support the changing or omission of sex on birth certificates, passports and driver’s licenses. Language is being changed throughout the culture that erase females, including by organizations specific to the care of our biology. Women purportedly no longer menstruate, “people” menstruate. Women no longer get pregnant, but “people” get pregnant. Couples where “men” are pregnant and their baby mommies have penises are flaunted in mainstream media as some sort of progressivism, while young women who’ve had voluntary double mastectomies of their healthy breasts are rolled out as beacons of the self-empowered. Children are being taught in grade schools they can be the opposite sex or no sex at all. People with disorders of sexual development are being used as political pawns to support this pharma/tech agenda of deconstructing sex.

We have gone very rapidly from the narrative of the poor dysphoric person trapped in the wrong body, to an enlightened lifestyle choice of using your body as a canvas of expression for the multiplicity of sex – the concept of sex as a spectrum. This is not progress. This is the same pathological need to control women men have exhibited over thousands of years, usually behind the robes of religion and now behind the scalpel of the medical industrial complex. Where once there were witches, women who healed & oversaw births, now there are TERFs. Any woman who dares to step forward and name this DARVO agenda for what it is, this male entitlement to women’s reproductive capacities, is being framed as aggressive, fearsome, loathsome, bigoted, hateful and in need of male tempering and control, when these men are the ones driving the financial threat and power to name and rearrange society – a society where women are being made invisible – while their MRA minions carry baseball bats wrapped in barbed wire and a “trans” flag. These are DARVO tactics on a global scale. Women are not the offenders. This is men’s rights activism on steroids.

Sex is not a spectrum. There are two sexes that procreate to further the human species. Only females menstruate, gestate and give birth. We alone breast feed the young of our species and our biology is being robbed right from under us.

How Did This DARVO Agenda Take Root?

When the man at the very heart of the “transgender” project, Martine Rothblatt, who authored the first document to give legal structure to the lie of “transsexualism” (now rebranded by pharma and tech as “transgenderism”) believes that human sexual dimorphism is tantamount to South African apartheid we need to take a strong look at who is abusing who here. Who are the real victims in the “transgender” agenda?

Rothblatt has been involved in the deepest recesses of technology, his entire adult life. He created GeoStar and WorldSpace after working for NASA at their tracking station, and is co-founder of Sirius XM radio. He had his hand in the human genome project at the UN level and was CEO of a major biotechnology corporation which he founded. He has a pig farm for harvesting animal organs for transplants into humans, so we might live forever with our parts being repeatedly replaced and owns a 3D organ printing corporation.

Rothblatt identified as transsexual before it was popular and had a rebranding. He has written extensively on the idea that we need to overhaul our system of labelling people as either male or female based only on their genitalia. He also identifies as transhuman and believes that transsexualism is the on-ramp to transhumanism. After being introduced to Kurzweil’s Singularity, he created his own transhumanist religion called Teresam. Rothblatt has also created a robot of his wife, Bina. The robot, Bina48 has his wife’s features, and purportedly has his wife Bina’s consciousness, which Rothblatt “installed.” When Bina speaks, it is Rothblatt pulling the tech strings and it is his intentions to download “Bina’s consciousness” into cyberspace one day. Did I mention that Bina is a black woman and Rothblatt is not black? That’s an entire issue unto itself.

So let’s recap: In less than 30 years since Rothblatt authored the first document to create a legal fiction that humans can change sex, he has written extensively about deconstructing sex, has literally worked very hard toward that end on the gene front as well as the “transgender” front, normalizing body dissociation within the culture, built a robot of his wife and added “her” consciousness to it, we are now facing a society that is claiming that sexual dimorphism is not real. Women are being erased in language specifically pertaining to our biological reproduction capacities, research on womb and uterus transplants for men (I wonder where those will come from!) is underway and fully sexually intact males can have anything they want, including the right to erase women from language and law. They have the right to have us call our male assailant a “she” in a court of law, along with other biological males who pretend to be females. They can take our sports and awards, encroach on our rights to physical safety, speak as us and have the entire populace jumping through hoops not to offend this purportedly tiny, marginalized subset of the population that no longer even has dysphoria, but simply “feels” like another sex of many.

We are dealing with a dangerous agenda. Movement is not the right word for what is happening here. Calling it a movement is more DARVO tactics. There are rich, powerful men driving this technological, biophobic, gaslighting, program across the globe and we are the victims. All of us are the victims. The tech gods have spoken and the sacrifice they want is your humanity – literally your physical sex. Are you going to give it to them without a fight? 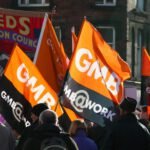 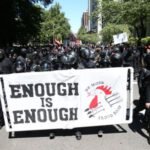