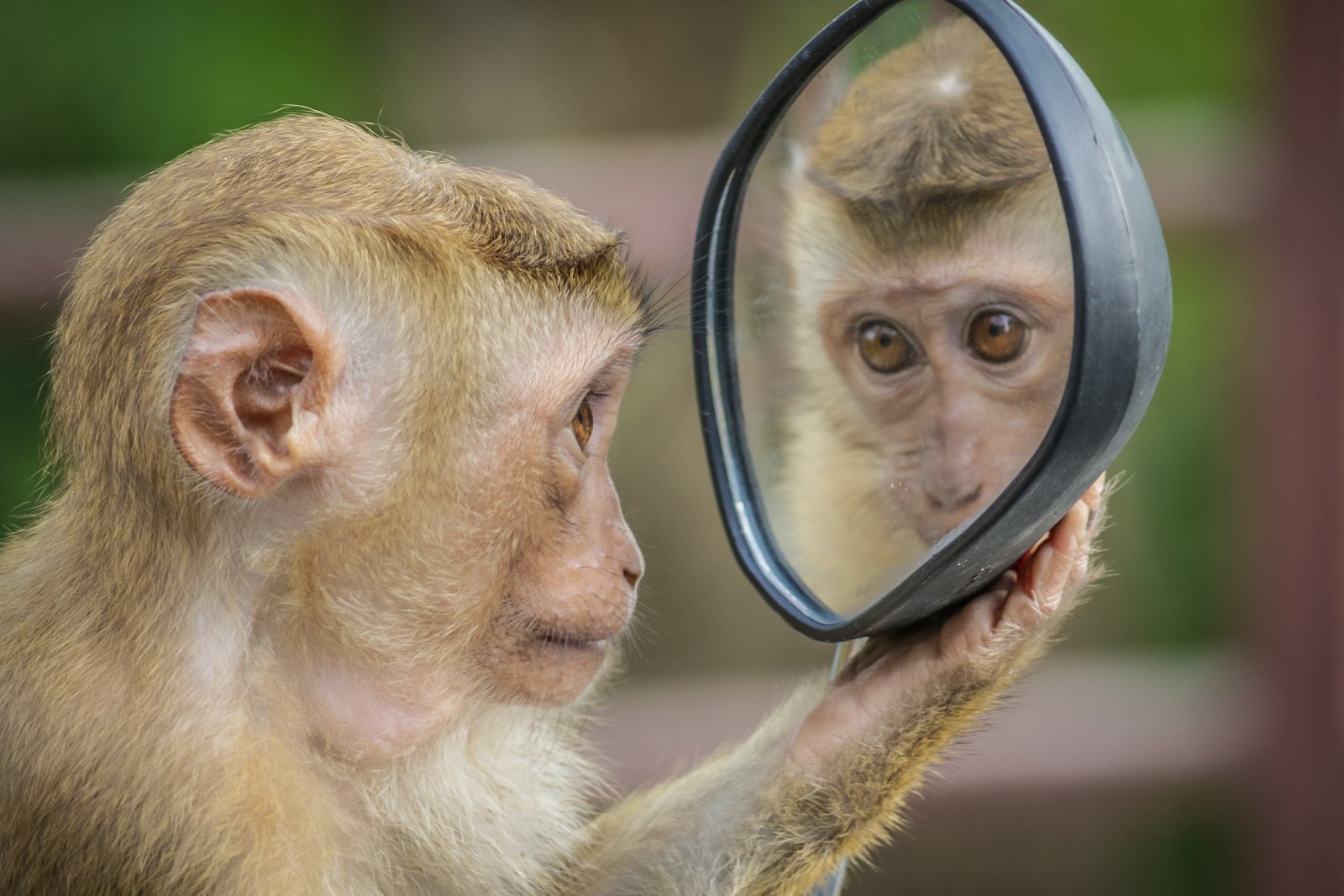 Eleanor Morgan, psychologist in training, makes a number of errors in the Guardian this month. What kind of mentality denies the realities of womanhood?

This month in the Guardian, psychologist in-training Eleanor Morgan attempts to convince us that “most people identifying as trans only want safety and respect and don’t want to fight.” Morgan starts with the false premise that “for as long as the human species has existed, so have trans people.” But when you begin your article with such a humongous lie, I am not sure why people should even read what you have to say. There is no definition of what “trans people” are. I am not sure anyone is clear what transgender is at this point (and I’m not sure that’s an accident). The umbrella of trans identities covers an array of expressed sexual proclivities, from fetishes of adult men to disorders of sexual development and twelve hundred “gender identities,” whatever those are. Does anyone really know? There is no test for these identities and ten years ago, no one had one and didn’t seem too concerned about not having one. Now everyone is getting one, has one, or will be given one by transactivists (see: “cis” for example) whether they like it or not. Even men and women have been reduced to identities, as opposed to material realities, under the trans umbrella.

But, let’s just suppose Morgan is talking about the idea of being born in the wrong body. When trans was dropped on the world with a radioactive glow hitting every nook and cranny of the globe with the exception perhaps of Uzbekistan, there was an ongoing drone of propaganda that would have us believe there were special humans that are not male or female or that could override sex and become the opposite sex – or maybe they just felt they needed to. Is this what Morgan means? If it is, is it true these “special” humans have been around since the beginning of humanity? How would she know this? I have never seen any kind of archaeological, scientific exploration or reports of any such phenomenon. I am presuming Morgan hasn’t either, or she would have linked to them. For someone in academic training, especially in the science of the mind, you’d think there’d be some proof offered up for this “transness.” I have tracked the money behind the Transgender Lobby and it all leads to Big Pharma and Big Tech, not to any ancient historical texts, cities or sites. I am not a scientist and I have plenty of receipts for what I write and send out for public consumption. I can guarantee you, the money behind “trans” is very real. Until the medical industrial complex could manipulate secondary sex characteristics, we never even heard of the concept of transgenderism (a rebranding of transsexualism, which is a fetish of adult men who objectify womanhood). Furthermore, how would anyone know what it feels like to be the opposite sex? How could one possibly experience this without having an out of body experience? It’s scientifically impossible. So, what is “trans” in Morgan’s mind, exactly? We’re left to guess because she doesn’t clarify.

Then she claims, “they make up only a small fraction of the population and yet the discourse around them has become increasingly hostile, vastly overshadowing the small number of individuals at its center.” I wonder if Morgan spends much time on social media, because the only hostility I see is coming right out of the mouths and actions of transactivists. Just this past weekend, a black woman in Brooklyn was beaten up outside her home by a group of women, doing the work of their “trans woman” friend. Two years ago the California Public Library hosted a Transgender art exhibition, with displays of baseball bats wrapped in barbed wire, painted with the trans flags, bloody t-shirts calling for the heads of TERFS (a slur for women standing up for their sex-based rights, to mean trans-exclusionary-radical-feminists) and axes at the ready to harm feminists. The recent onslaught against the children’s author JK Rowling on social media, including death and rape threats by transactivists, for having the audacity to think that women should not be called “menstruators” and for acknowledging biological sex, has gone on full force for weeks.

Morgan asks, “Why, in the past few years, have the rights of this extremely marginalized group become something everyone feels they need to have an opinion about?”

This “extremely marginalized group?” This purportedly, extremely, marginalized group, in the span of six years has been continually idolized by Hollywood and the media, beginning with Caitlyn Jenner in full sexual-objectification attire posing on the cover of Vanity Fair, Jazz Jennings reality TV show, Laverne Cox on the cover of Time, Whoopi Goldberg’s Strutt modeling agency, the TV series “Orange is the New Black” and “Transparent,” a nod to a trans identifying character in just about every television series and this month, the first ever “trans” model on the cover of Sports Illustrated, in full-on sexual objectification mode, much like Jenner was five years ago. Our language has gone through so many adjustments, journalists don’t even know how to write about people anymore without confusing their readers and way too many, including Morgan herself, make utter falsehoods out of biological reality. Corporations are falling all over themselves to represent people identifying as trans. How exactly does this constitute being marginalized?

“Why does everyone feel they need to have an opinion about these people?” laments Morgan. How could we not, when they are never out of our view or out of earshot for a minute? Men having babies and breast feeding, children opening up their onesies or pulling barrettes out of their hair, signaling a “trans identity,” clinics to manipulate them with drugs and surgeries popping up all over the US (50 in the last decade), Hallmark making cards for them and Mastercard designing a credit card especially for them. Even Doritos is standing tall for trans! Has there ever been a more marginalized group in the history of the world to have such attention and unprecedented corporate support, that they get to dictate to the rest of the world who shall speak and how? Add in the billionaires and LGBT NGOs bleeding money for this tiny percent of the population’s dissociation from biological reality and ask us again “why do people have an opinion about them?”

Morgan says the Gender Recognition Act, which would allow people to self-identify (who else on the planet gets to self-identify? Can I be the Queen of Sheba?) has ignited discussion all over again. I have to ask where she lives, because I don’t see that it has stopped for a minute in six years.

The capper though is that Morgan, studying to be a psychologist (I dare say she’ll never be hurting for work the way things are going) came to this issue because of problems she was having with her “female” biology. She published a book about women’s health exploring female biology and how the historical oppression of women’s bodies shapes our perception of ourselves and others. She “spent a year, interviewing women from different walks of life, doctors and scientists, and months in the British Library reading old medical texts and feminist literature.” What did she come away with? Are you ready? I hope you’re sitting down, “none of this makes her think trans women are any less “real” than herself – nor that the term “woman” is being erased by the existence of trans people who want equal rights.” As women lose our sports scholarships to biological males, our places in women’s universities to men, our awards, our safe spaces and a right to even call our biology, our biology, and to use the names we have always used for our biology, Morgan doesn’t think men are any less women than women. Her denial, along with that of too many in the culture borders on pathological. It is the kind of denial one attributes to cult abductees. It is a strange and dangerous phenomenon that has grown adults refusing to believe that men can’t be women. Morgan point blank denies the very biology that has brought her so much physical pain. “Some women don’t menstruate, some women don’t get pregnant,” she says. In her mind, this translates to men can be women too. She believes women’s rights will not be erased without a language to even describe ourselves that is specific to our sex. She hasn’t even graduated, and I am fearing for her future patients.

I am beginning to think that the obsessive denial of women’s reality that has swept up the citizenry of many nations is not just because of Big Pharma propaganda. It’s certainly played a very significant role, but it is not enough to explain this level of crazy. Women’s bodies have always been the stand in for the natural world because we bring forth life. As the violence abounding in the natural world looms larger because of our hubris and destruction, we stand in absolute denial of how bad things are. It’s too ghastly. We don’t know what will bear down on all of us through the changes in our climate, so most deny they are happening. Women and the natural world must be vanquished – their power is terrifying. And so we deny them. Any psychologist, even one who hasn’t graduated, ought to see the connections.

Discuss this article on our forum. 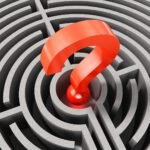 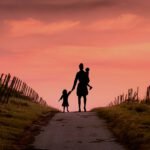 The Spousal Exit Clause: Trans Widows’s Rights Are Not Yours to Give Away