The diversity of views amongst critics of gender ideology is our greatest strength. We must never lose sight of our shared goals.

I have recently read of many ongoing arguments about what constitutes a feminist, what makes a gender critical as opposed to a gender abolitionist feminist, and who should be a part of the so-called “gender critical” movement. One piece in particular that stands out for me is an article which could be described as something of a hit-piece on four trans individuals who are in some way gender critical, along with a casual barb aimed at a young artist who had the nerve to draw these individuals, along with many others. I am distinctly unimpressed by the naming and attempted shaming of specific individuals in order to criticise their life choices, their methods of dealing with dysphoria, or who they choose to create a portrait of.

I would, however, like to engage with the core argument of the piece: that allying with anyone not following strictly radical feminist principles is apocalyptically dangerous for the gender critical movement. If this is indeed the case then I must apologise to you all, as I may just be the fifth horsewoman in disguise.

I am critical of gender. I always have been. As a child, I was a tomboy, vehemently opposed to any attempts to cram me into a dress, or hand me any kind of toy that was painted pink. I played with toy cars, rough-housed with boys, and dreamed of being either Zorro or Robin Hood. Thankfully, there were no organisations on hand to tell me that I was born in the wrong body, or any other such nonsense now being assigned to the memory-hole following the Department for Education’s recent guidelines.

As a woman, I remain fiercely distrustful of gender in its most garish and restrictive forms. I shudder when I see little girls’ clothes in hard to clean white and pinks, plastered with unicorns and platitudes, positioned next to the earth-tone boys’ clothes with their many pockets and shorts that actually reach the knees. So much of gender as we know if would seem to be a marketing ploy. “Don’t give your son’s hand-me-downs to your daughter, buy her a whole new set. You wouldn’t want people to think she’s a boy!” and vice versa. Or the much more insidious marketing that trickles down from the world of high cost pharmaceuticals, and whispers to young lesbians that they would be much happier if only they could be a man, and here’s a handy pill to make it happen.

The problems of extreme gender ideology – the kind that teaches that gender is completely innate and vitally important, whereas sex is an anachronistic social construct –  are widespread and deep-rooted, and so must the response to it be. I am not a radical feminist. I believe that there is some element of gender which is natural. I would struggle to understand how so many disparate cultures, separated by space and time, were able to come up with similar ideas with regards to how men and women should behave. I am also unlikely to be considered left-wing, as I am inclined towards a smaller state, and disinclined towards favouring equality of outcome over equality of opportunity. I do, however, care deeply about women’s sex-based rights and the safety and wellbeing of children. I write to politicians, submit responses to consultations, debate with friends and family and donate to legal causes in pursuit of pulling out the tenacious weeds of gender extremism. My efforts and impact may only be small, but I am just one person amongst many in this pursuit, including many people more right-wing and less feminist than I am.

Radical feminists and gender abolitionists have done incredible work in resisting the gender lobby, and I am eternally grateful. However, I strongly disagree that this movement must be kept politically pure, lest it fall under the hooves of the horsemen. If this fight were solely a fight between the firmly gender abolitionist radical feminists and the extreme gender lobby, then I am afraid that the gender lobby would win. It has money, corporate power and political influence, as well as the age-old ability to run an easy smear campaign against those mean, witchy feminists. The dismissal of feminists as bra-burners and mad cat ladies is ridiculous and horrid but playing dirty with this kind of imagery scores easy points.

As well as the obvious advantage of having a large number of individuals besides radical feminists also lobbying politicians, barging into head teachers’ offices, and generally doing their best to win hearts and minds, there is the other problem of maintaining purity within the movement. It simply isn’t feasible. Nobody has the power to stop other people from caring about a cause. There are many of us in this fight. Young artists, middle-aged teachers, conservatives and socialists. Great debaters and essayists, and people whose hands shake when they write a strongly-worded letter. There are Youtubers, lecturers, shop workers, mothers and fathers and grandparents all standing up in their own way to extreme gender ideology. Lesbian, gay, bi and trans individuals who reject their own supposed community’s orthodoxy and in so doing open themselves up to prying eyes, vitriol, and even campaigns to get them sacked.

This is inevitably a wide, messy, impure movement by necessity. So many of us are shocked and horrified by the disregard and cruelty shown to women who assert their rights, or to children who question their understanding of the world and how they fit into it. We are not all in one demographic or political grouping, and we are not all even feminists. We are united in the face of a dishonest and authoritarian ideology that seeks mostly to empower pharmaceutical companies and men who despise being told “no”. The gender critical movement is a broad church; and that, I would argue, is its greatest strength. 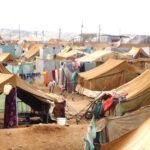 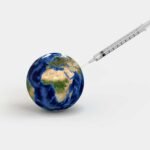 Scott Newgent: Let’s Focus On Stopping the Transition of Children