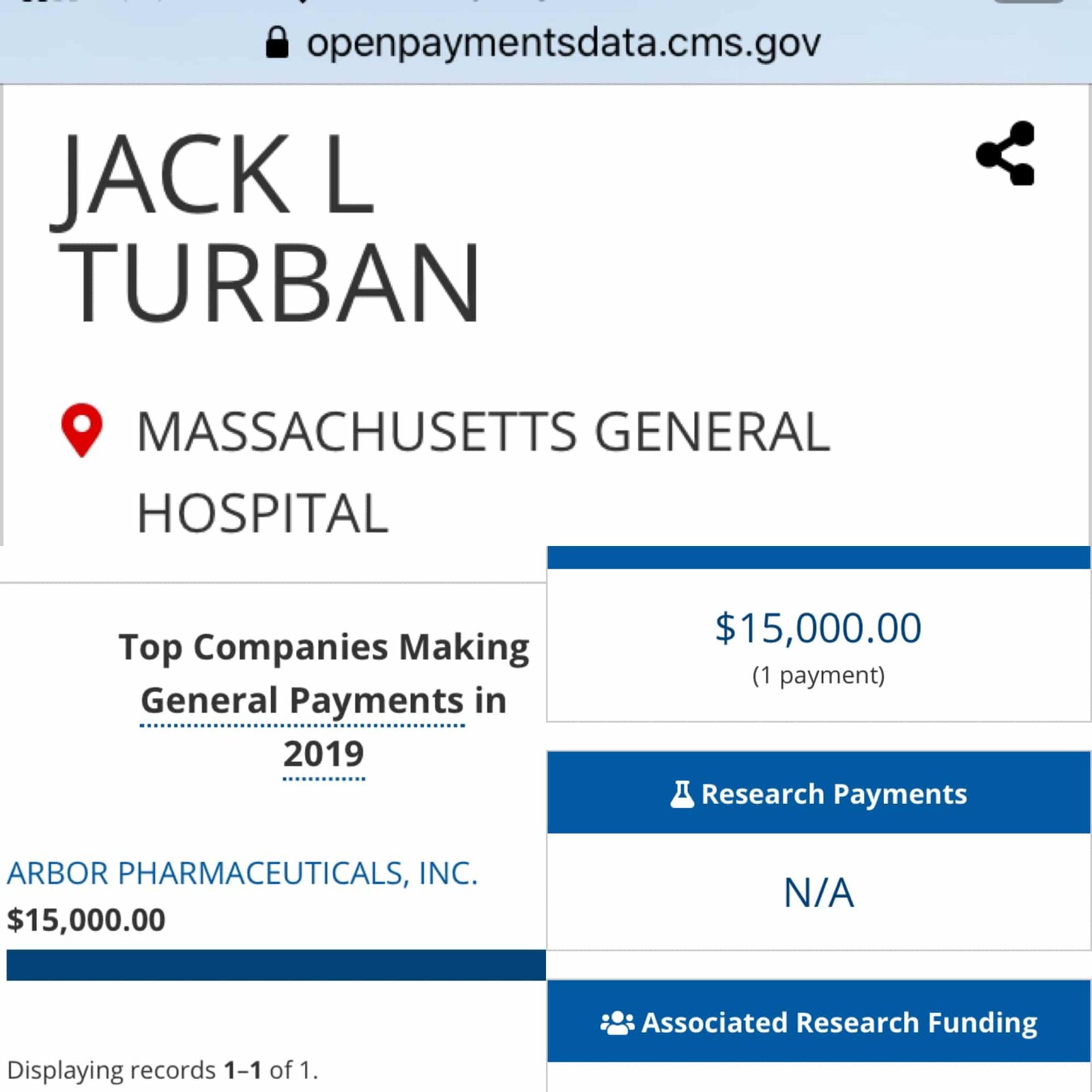 Jack Turban, insistent critic of Abigail Shrier’s book on transitioning of young girls, constantly claims puberty blockers are safe. He is paid by a firm that manufactures them.

Jack Turban, MD, fellow in child and adolescent psychiatry at Stanford University School of medicine, bills himself as an Allopathic & Osteopathic Physician. But he’s famous for his advocacy for certain positions regarding transgender medicine – for advocating for the ‘Gender Affirming Care for Trans and ‘gender-diverse’ youth’ as part of his work on ‘Pediatric Gender Identity’ and vigorously advocating for, and downplaying the risks of medical transition, while selling books on the same.

He is most popular for labeling any medical professional or medical research that finds success in psychosocial treatments to kids with gender identity disorder, without putting them on puberty blockers and setting them on a path to cross sex hormone treatment and surgery, as ‘conversion therapy’ that awful throwback to electroshock torture of gay people.

To provide context, the research he so willingly demonizes as horrendous ‘conversion therapy’ – “Gender identity disorder (GID) as a psychiatric category is currently under debate. Because of the psychosocial consequences of childhood GID and the fact that childhood GID, in most cases, appears to have faded by the time of puberty… Our treatment approach is informed by the known psychosocial factors and mechanisms that contribute to gender identity development in general, and focuses on the interaction of the child with the parents and with the same-gender peer group. To minimize the child’s stigmatization, only the parents come to treatment sessions. A review of a consecutive series of 11 families of young boys with GID so treated shows a high rate of success with a relatively low number of sessions.” This, in Turban’s terms, is

Suitably inflammatory and triggering, Turban’s shown himself to be quite willing to tag any questioning of the ‘affirmative’ model as ‘conversion therapy’ that will certainly lead to suicide and follows it up with smears of anyone questioning his rhetoric as ‘right wing bigots’ – that tried and tested strategy of any activist seeking to shut down conversation. To be noted, both of these claims are credibly disputed.

His latest target is Abigail Shrier and her book – Irreversible Damage, raising alarms about the transitioning of young girls and the consequences of putting them on a path to medical transition and sex reassignment surgery, attacking the medical professionals who have endorsed her.

He’s shown great enthusiasm and vigour in repeatedly asserting that she’s ‘spreading disinformation’ about, in particular, puberty blockers as well as the medical professionals she cites.

This twitter-popular physician has also taken it on himself to live tweet his impressions of the book as he reads it, to ‘debunk’ the misinformation that he claims is there, specifically about the safety of puberty blockers.

Except, hang on. According to Open Payments Search Tool used to track payments made by drug and medical device companies to physicians and teaching hospitals, Jack Turban has received at least  $15,000 (US) from Arbor Pharmaceuticals, manufacturers of Triptodur™, (triptorelin) which, through extended release injectable suspension, has been shown to arrest or reverse the clinical signs of puberty, in cases of precocious puberty – the exact purpose Arbor advocates Triptodur for.

How interesting, and how very convenient. A physician insistently promoting the ‘benefits’ of puberty blockers, who repeatedly insists on their safety and who seemingly has endless amounts of time to attack, denigrate, and smear doctors who disagree, has at least a 15,000 USD incentive to sanitize and push a drug, paid directly by the manufacturers.

In any other scenario this should be grounds for immediately disqualifying him for, at the least, entering into policy discussions into the same. This is not to suggest that every physician who has ever received money from a pharmaceutical company should be banned from having opinions, but at the very least, medical professional who stand to directly and provably benefit from pushing certain pharmaceutical drugs, if they even had an ounce of integrity would refrain from entering into fact free social media battles about it, attacking other medical professionals, and journalists. In the debate over trans healthcare, there is already a more implicit conflict in the opinions of surgeons who do in fact perform sex reassignment surgery, breast implant surgery, etc. This is far more blatant.

Jack Turban receives money from a pharmaceutical company producing puberty blockers, a drug that, as more children transition, will be in steady and rising demand by a growing cohort dependent on the drugs, and he’s loudly and insistently engaging in denounciations of journalists and medical professionals who are concerned about, quite literally, sterilising children and putting them on a path of lifelong dependency on hormones and other drugs. This ‘physician’ has not even slightly hesitated to ramp up his criticisms and attacks on all those expressing concern about this phenomenon. This, despite the fact that the National health Service in England has reversed its guidance on puberty blockers, and no longer claims they’re reversible and more and more peer reviewed research is raising alarms that puberty blockers, arresting development, pose a large ethical dilemma. Yet Jack Turban persists, and dismisses his peers who question him despite mounting alarm from medical professionals about suppressing puberty. He’s fond of denouncing them and others expressing concern as them being irresponsible and recklessly spreading misinformation.

In the debate about trans issues, plenty of allegations and insinuations are flung around about ‘special interests’. Feminists are accused of essentially wanting to kill trans people / wanting them to die / denying they exist when they refuse to repeat that ‘innate feelings’ can change sex, there are strong overtones of right-wing religious interests being vested in pushing back trans rights and of the secret alliance between evangelist conservatives and radical feminists, and of conservative doctors. To be clear, while all allegations of ‘vested interests’ should be investigated, a lot of these are tenuous, far fetched accusations based on shared panels and mildly similar arguments.

In this case we have a prominent physician on Twitter,

And has received on the basis of verifiable government records, financial incentives from a firm that manufacturers the very drugs that Jack Turban, MD claims are safe. That, in and of itself should have disqualified him from being capable of opining on their ‘safety’.

It may be tempting to dismiss this concern as feeding into conspiracy theories about ‘Big pharma’ and make specious analogies to resistance to medicine like anti-vaccination movements. Such a direction is indefensible. While some concerns about pharmaceutical companies advocating positions to sell their products may have lesser basis, the concern of funding research to favour greater reliance on new drugs, as well as downplaying side effects and long term ill effects is very real. This is not the first time pharmaceutical companies have used unethical, unprincipled charlatans to push remedies and drugs with side effects and dangerous consequences. This is not a fact free allegation of tenuous links between unnamed churches to organizations. It is a prominent physician, platformed by the NYTimes, funded by the manufacturers of the drugs he insistently advocates. It is possible for medical professionals to ethically disagree about a course of treatment, but a professional of even some integrity would not then leverage considerable time and effort on social media attacking his peers who suggest the same. Medical ethics demands considerable caution, humility, and allowing for the possibility that research may prove them wrong. It is unacceptable for anyone with a medical license to use social media to insistently push one treatment protocol that clearly leads to lifelong dependency on hormones, sets them on a track for multiple surgeries, and then attack their dissenting peers as advocating for ‘conversion therapy’ and dismissing other research.

It is hard to think of a more blatant conflict of interest, and even harder to not notice the immediate vested interest of said physician.  It is incredible, given the reams of research on the long-term effects of such puberty blockers, to face that Jack Turban, MD, alumna of Harvard Medical School and Yale Medical, shamelessly and without a hint of integrity attacks and smears other medical professionals questioning his approach, and lies about the drugs he prescribes, all with a substantial financial investment in the use of puberty blockers. If the AMA doesn’t take action on such an obvious violation, what even is it good for? 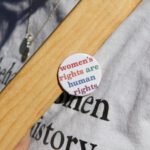 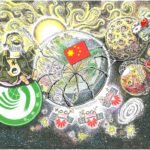