In a panel discussion on the press’s treatment of Meghan Markle, Laurence Fox expressed a fairly common viewpoint among hinterland Brits: that the UK is a tolerant lovely country.  If we measure a country’s ambient level of racial prejudice by a standard of comparison to other contemporary nations around the world or indeed nations of the past, then Mr Fox has a point. Britain, after all, has the highest proportional levels of interracial cohabitation in the world, racism is expressly forbidden by the Equality Act (2010) and our public institutions are awash in the rhetoric of inclusion.  If, however, we are comparing contemporary Britain to an imagined society that has achieved complete socio-political parity among the races, he probably does not. After all, race-based abuse remains the leading reported form of hate crime in the UK (to cite racism’s most obvious manifestation).

At any rate, Fox’s frank manner of speaking devoid of the usual genuflection seems at the very least naive to the state of the discourse on race. It’s not that Laurence Fox has entirely denied the reality of racism in British society, he just won’t grant the generalisation about Britain as a whole. This has obviously ruffled many feathers. Not least among the ruffled flock was the female audience member who lambasted him as a “privileged white male.’

As observers to this spat form on either side of the demilitarised zone of political opinion, we can note there is in fact a logic to both sides — even if such logic evaporated in the heat of the exchange. At risk of being accused of tone policing, we can of course note that addressing Fox’s epistemic short comings via a label (“you are…”) is perhaps not the best tactic in terms of persuasion. No matter what legitimacy one sees privilege rhetoric as having, the expression ‘privileged white male’ through a process of cultural accretion has come to acquire the connotations of a slight, even a racial insult – hence Laurence’s feeling that his very racial identity was being attacked. Beyond the consideration of persuasion, rejecting an opinion on the basis of the characteristics of the speaker will of course invite the charge of fallacious reasoning, of the ad hominem. In such a vein, it will be said if we wouldn’t dismiss a white person’s opinion when aired to substantiate claims of racism then so we shouldn’t dismiss this opinion when it points in the other direction.

The audience member was however working with hardly an outrageous assumption, that given Laurence Fox’s social background, he is perhaps not in the best position to judge the extent of racism within British society; he is not likely to be a victim of racism, nor perhaps even a witness to it. And as it happens there are certain identities that can put one in a privileged position in terms of knowing certain facts. For example, one wouldn’t generally ask men for information on the ins and outs of a menstrual cycle, even if a few male experts do exist out there.

If you are failing to see how Fox’s remarks struck a nerve, it may be instructive to consider another context in which a speaker might display a similar naivety to your own consternation. For example, if you are an atheist, consider what it would be like to hear a Saudi cleric express the view that in his experience his society is in fact tolerant of atheists, apostates and so on. This isn’t to say the two cases are equivalent, rather it illustrates that blind spots can emerge due to one’s social position.

Given that there are perhaps legitimate stances on each side of this debate, where does the discourse go from here? What is the legitimate place for white voices on the topic of race? We can start with the obvious point that everyone is entitled to an opinion, and entitled to express it, and of course to be challenged (Fox may be, as a result of his views, blacklisted or cancelled in some contexts, while finding surprising new sources of remuneration in others). We can add, if a conversation begins in anecdotes (e.g. I think, I feel, on my view) then expect people to ask questions about what value personal experiences can bring to the table.

Attempts, however, to discredit people based on assumptions of their lived experience involves probabilistic reasoning and stereotyping and so is probably best avoided, replaced instead by the hard facts. What would Fox’s response be if instead he was given details of actual hate crime levels or statistics concerning the comparative likelihood that a child born black will attend Oxford or Cambridge university?

So do white folks have any hope of producing insights on the topic of racism? Anyone can be informed on an issue irrespective of their race, but what about in the realm of lived experience? Given the levels of cohabitation and racial intimacy in pockets of Britain, perhaps some white citizens have some interesting tales to tell. Of course anyone with eyes and ears can produce insights into the cultural health of their nation, but here is what white people – not merely in spite of, but precisely because of their race — can bring to a good faith conversation on this topic

So if a conversation can be had on equal footing and in good faith, where whites do not levy their numerical majority to drown out minority voices, nor minorities use their victim status to guilt their white interlocutors into silence, some useful synthesis may be achieved. Which is to say just as black and minority views are a good corrective for white biases, white perspectives can also in some contexts be a good corrective to black and minority biases. Yes, we all have biases. 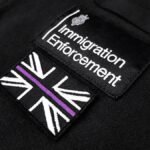 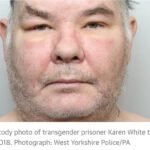 Trans Identified Males Should Not Be Accessing Women’s Spaces