Ruth Hunt, Katie Ghose, and Sophie Walker could have been powerful advocates for women, yet each of them failed and, instead, stepped down.

Yesterday, Ruth Hunt announced her resignation after five years as CEO at Stonewall. Her statement was full of the usual platitudes about her time in the role being ‘exciting, challenging, humbling and rewarding.’ There was no mention of the vicious culture war that started within Stonewall when Hunt officially added the ‘T’ to LGB in 2015. There was no reference to the thousands of people who had protested and petitioned Stonewall to reconsider their stance on trans issues. There was no allusion to Stonewall’s disastrous stance on the Gender Recognition Act, which arguably has been the charity’s first political failure in thirty years of lobbying.

Her resignation comes less than a month after Katie Ghose left her post as CEO of the Women’s Aid Federation, and six weeks after Sophie Walker stepped down as leader of the Women’s Equality Party. None of their exit statements referred to gender identity, though each of their organisations have been shaken to their foundations by debates over trans inclusion.

Last June, I sat in a meeting with Katie Ghose. It was hosted by the Government Equalities Office, and the idea was to canvass the opinion of feminists and those in the women’s sector about proposals to reform the Gender Recognition Act (GRA). The women in the room (and the male representative sent by the Fawcett Society), waited for Ghose to speak up for the vulnerable women for whose well-being she was ultimately responsible. Instead, she dribbled out some thin words unworthy of her thick salary. Since then the issue has come to a head, and members of the Women’s Aid Federation have been left without guidance on the subject of how to accommodate those who identify as transgender.

Shortly before the GRA consultation, I met with Sophie Walker, who at the time was head of the Women’s Equality Party. We discussed everything from girls being pressured to transition to autogynephilia. I left the meeting feeling positive, though seven months on and WEP have failed to take a resolute stance on what a woman is. Not being able to publicly define the category of people in whose interests you’re supposed to work is a bit embarrassing. In her resignation letter, Walker spoke of intersectionality and flagellated herself for being white and middle-class, but it is clear that the issue that dogged her throughout her tenure was the conflict between the rights of women and those of transgender people.

All three of these figureheads could have been powerful advocates for women, yet each of them failed and, instead, stepped down. Feminists who used to support WEP, LGB people who used to support Stonewall, and women’s sector workers who used to support the Women’s Aid Federation are angry. Increasingly, people are taking to social media to express their outrage at the sexism and totalitarian tactics of the current wave of extremist transgender politics. The gulf between gullible or gutless leaders and the members they depend on for support is ever-widening. The radicalisation of women online is as powerful as the consciousness-raising of earlier generations, but amplified, online and unstoppable.

The next leaders of Stonewall, Women’s Aid Federation and WEP need to step up, or before they know it they’ll be pulled down. 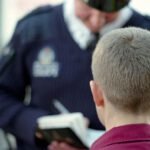 Why Children Must Not be Regarded as Criminals 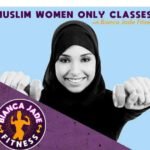